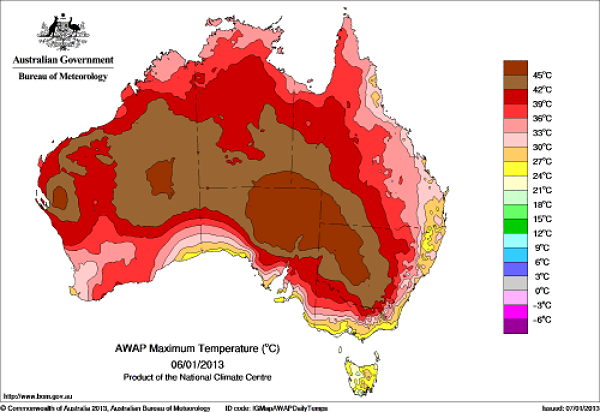 Australia has never before experienced 5 consecutive days of national-average maximum temperatures above 39 degrees Celsius. The Bureau of Meteorology is warning that the heatwave, which has already affected several states, will continue unabated well into next week.

Large parts of central and southern Australia are currently under the influence of a persistent and widespread heatwave event. This event is ongoing with further significant records likely to be set.

Bureau of Meteorology forecast that waves of heat will repeat every few days until a monsoon breaks the pattern. 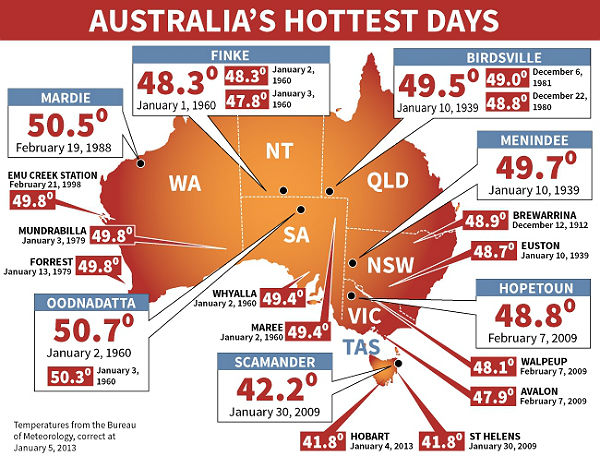 The risk of a local or area-wide power outage increases with the heatwave conditions. Already, Sydney’s Freshwater area was affected by a power outage this afternoon.

According to Markus Donat, from the Climate Change Research Centre at the University of New South Wales, periods of high temperatures have increased in recent decades. He points that for most regions, including Australia, extremely high temperatures have become more frequent and more intense. Extremely low temperatures have occurred less frequently than they did in the middle of the 20th century. The frequency of days in this warmest category has increased by 40% globally during the most recent three decades. 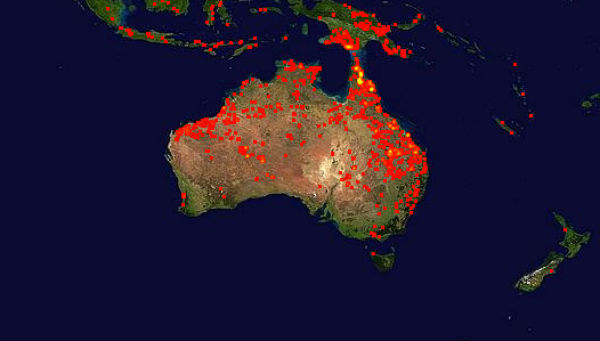 Dangerous bushfires in NSW are fuelled by soaring temperatures and strong winds. More than 100 fires is burning across the state. Up to 90% of NSW was declared in severe danger –  Illawarra, Shoalhaven and Southern Ranges are already classed as catastrophic. A bushfire in Victoria’s southwest had almost doubled in size by now. And there are more than 40 bushfires blazing across Tasmania and the state’s southeast are being told it is too late for people to leave.