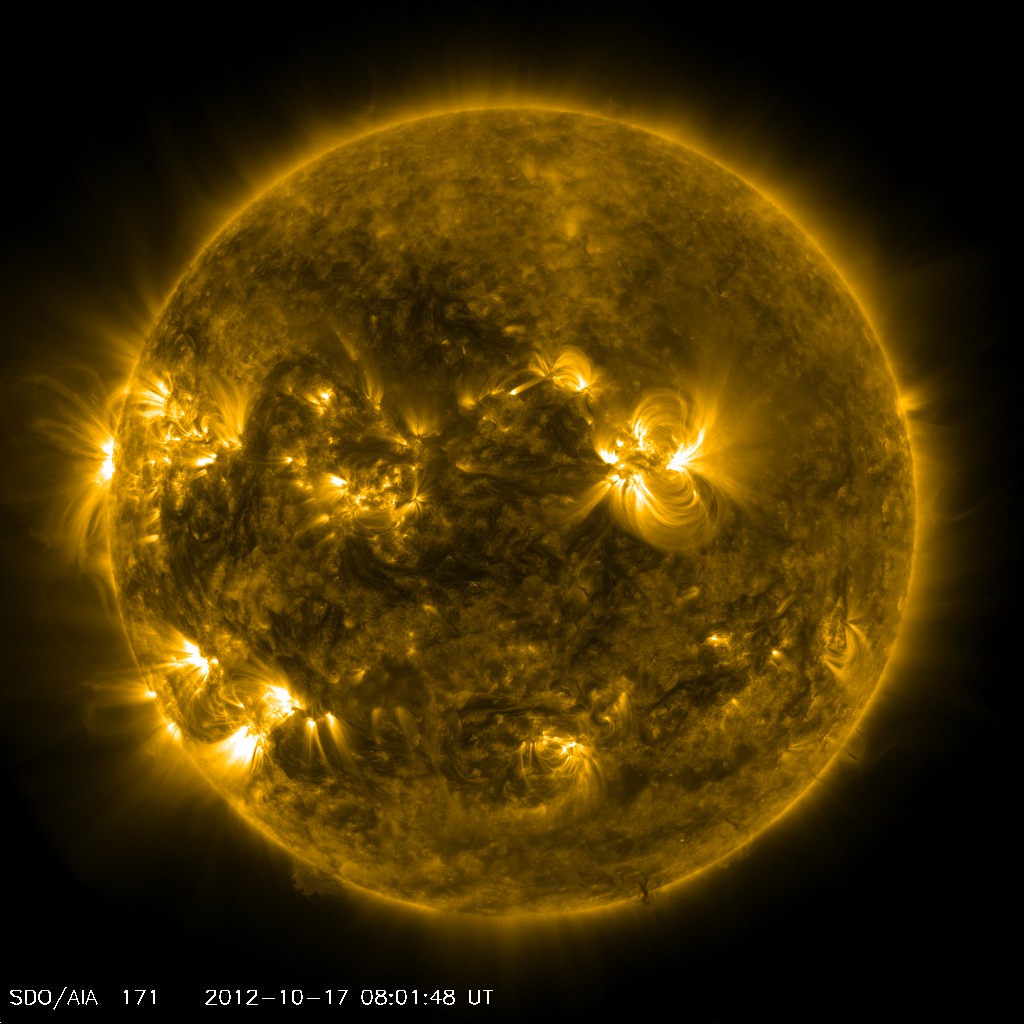 Solar activity ranged from low to high levels in last 7 days. Activity was low during October 15 – 19 due to mostly low-level C-class flares. The largest flare of this interval was a C7 on October 17, 2012 at 08:02 UTC from Region 1596 (N07, L=150, class/area Eho/460 on October 21) which displayed a beta-gamma magnetic configuration during most of its transit. 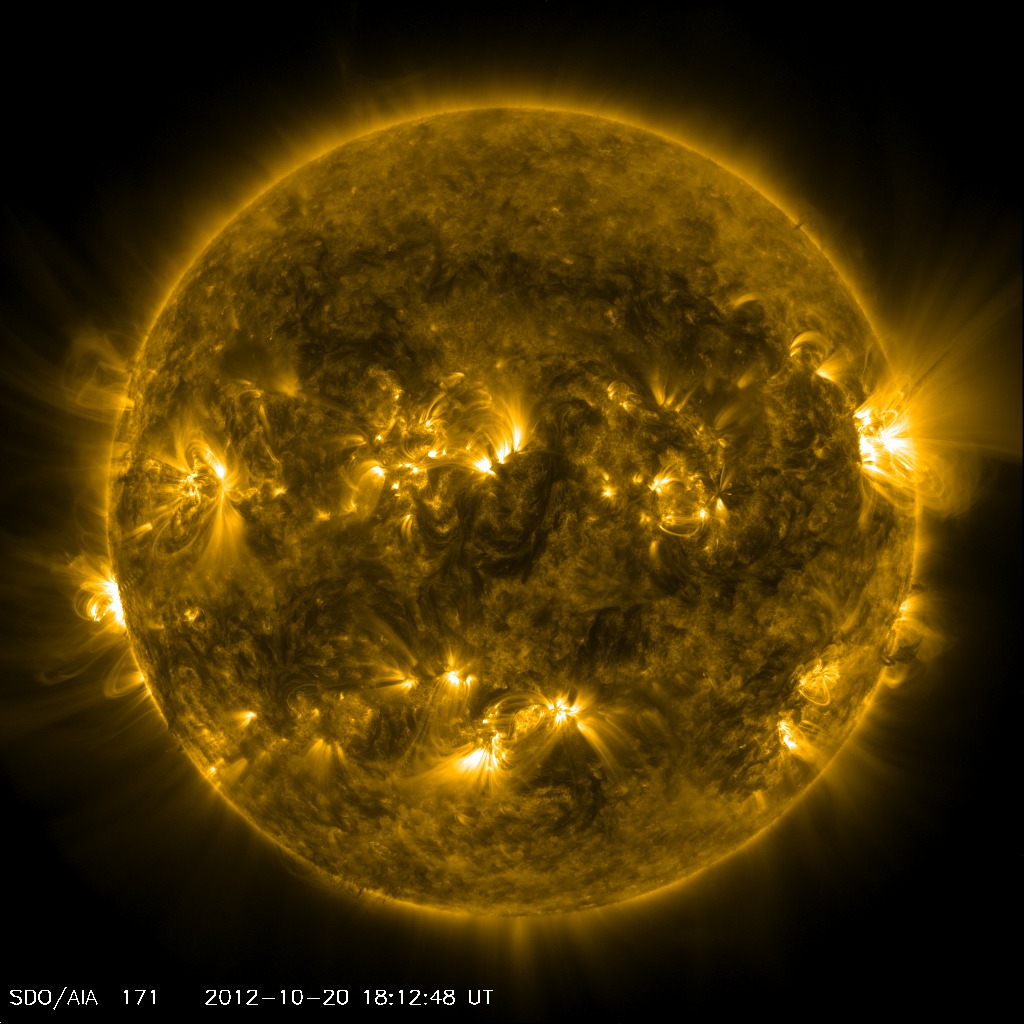 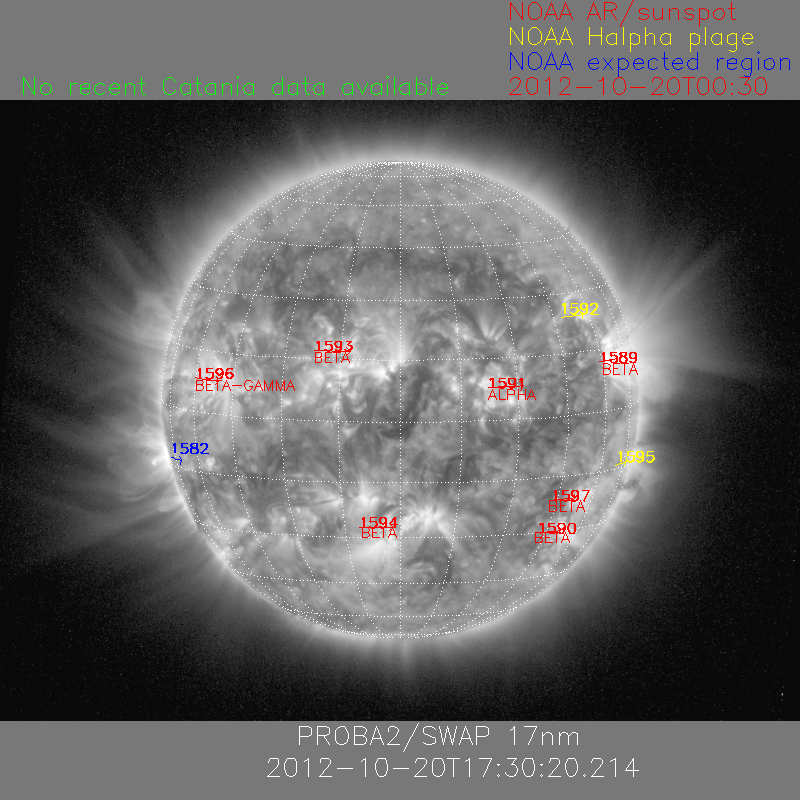 Activity decreased to moderate levels on October 21, 2012 due to an M1/Sf flare at 20:03 UTC from Region 1598, which was also associated with a non-Earth-directed CME.

No proton events were observed at geosynchronous orbit.

The greater than 2 MeV electron flux at geosynchronous orbit was at high levels during most of the period.

Geomagnetic field activity was at unsettled levels early on October 15, then decreased to quiet levels for the rest of the period 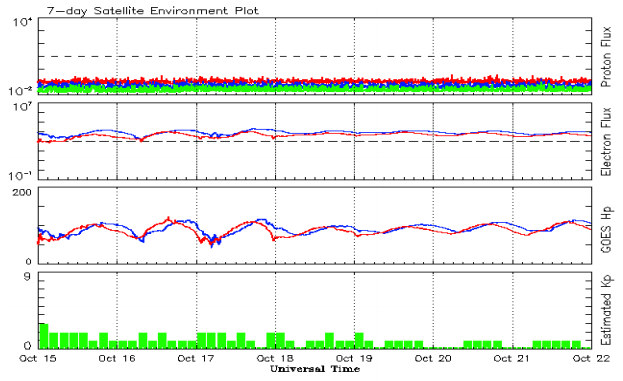 No proton events are expected at geosynchronous orbit.

Geomagnetic field activity is expected to be at quiet to unsettled levels during October 22 – 23 with a slight chance for active levels due to a coronal hole high-speed stream (CH HSS). Quiet levels are expected during October 24 – November 07. An increase to unsettled levels is expected on November 08 due to a solar sector boundary passage followed by a co-rotating interaction region in advance of a CH HSS.