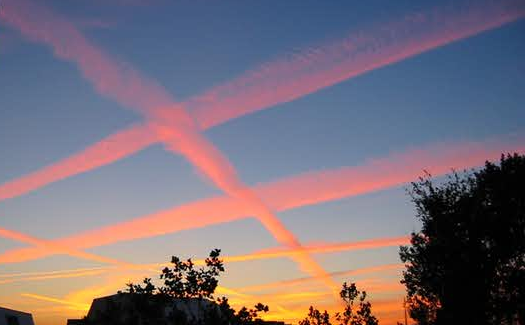 Those long, white streams of persistent, cloudy haze commonly blasted into blue skies by unmarked airplanes are not your typical contrails, says Swedish Green Party leader Pernilla Hagberg. As reported by the Swedish paper Katrineholms Kuriren, Hagberg, the first major political leader to come forward on the issue, has openly admitted that these unusual cloud trails, which fail to dissipate like normal contrails do, are actually a toxic mix of chemicals, viruses, and metals that she has collectively referred to as “chemtrails.”

According to Hagberg, the sprayings are a joint endeavor by the U.S. Central Intelligence Agency (CIA) and the U.S. National Security Agency (NSA), as well as the Swedish government in her own country, to modify atmospheric conditions via deliberate aerosol spraying efforts. And included in this “dangerous” mix of aerosols are various chemical components, viruses and viral fragments, and metals such as aluminum and barium, which have already been shown to be accumulating in water supplies and soils around the world. (http://chemtrails.cc/)

Normal contrails, which are composed of mere water vapor that quickly dissipates after emission from jet engines, are far different from chemtrails, which gradually blanket the entire sky in a sea of white. The following video, put together by the FreeTruth Show, a YouTube-based radio broadcast, contains some imagery of what these chemtrails typically look like in the sky:

“It is great to see a politician bringing public attention to this issue and helping add to the credibility of this cause in the mainstream,” writes JG Vibes for The Intel Hub about Hagberg’s unprecedented public admission. “Unfortunately, this is a political problem that requires many non-political solutions.”

Spraying the skies to save the planet?

Interestingly, the United Nations (UN) and various Bill & Melinda Gates Foundation-backed groups have recently been forced to admit that such sprayings are taking place, and that the emitted particles are not normal contrails. But their excuse for why chemtrail sprayings are being done is that they will somehow save the planet from the devastating effects of so-called “global warming,” that ever-present, pseudoscientific environmental theory that is often used as justification for all sorts of outlandish policy proposals. (globalresearch.ca)

In the case of chemtrails, everything from blocking the sun in order to lower the earth’s average temperatures, to deliberately shifting weather patterns for the purpose of offsetting the allegedly melting polar ice caps, have been used as excuses for trying to legitimize the seeding of our skies with a cornucopia of poisons. And if re-elected to another term, Hagberg says she will continue to fight such chemtrailing efforts in her own country, which she says have been co-opted by the Swedish government.

Be sure to check out the documentary What in the World are They Spraying? (whatintheworldaretheyspraying.info), as well as its sequel, Why in the World are They Spraying? (whyintheworldaretheyspraying.com), to learn more about the global chemtrail phenomenon. Both full-length films can also be found for free viewing on YouTube.