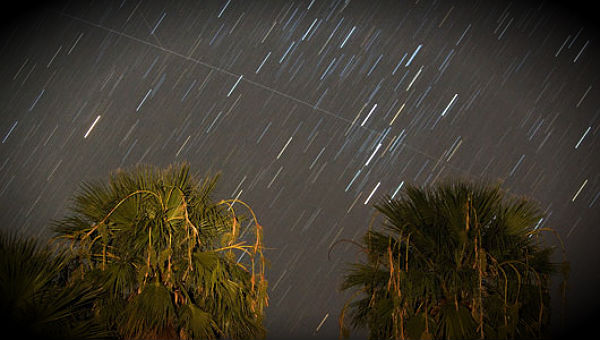 The annual Draconid meteor shower will peak overnight on October 7 and 8. Last quarter Moon on October 8 makes this quite a favourable year, as the Moon rises in late evening for the many northern hemisphere locations from where the Draconid radiant is circumpolar. The radiant is at its highest during the first half of the night, and Draconid meteors are exceptionally slow-moving. 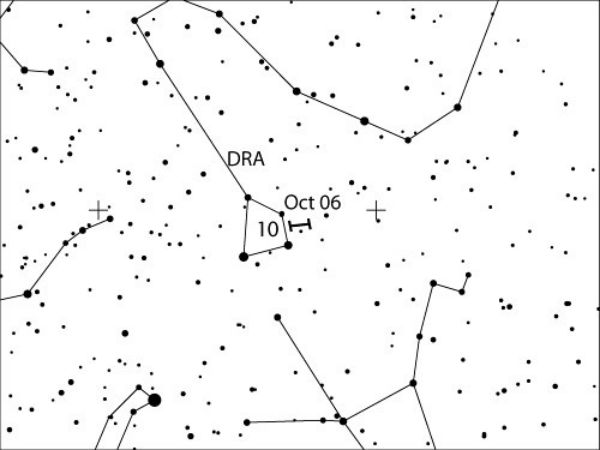 The Draconid meteor shower happens each year when the Earth passes through a trail of comet 21P/Giacobini-Zinner,which orbits the sun once every 6.6 years.

Get away from city lights for good meteor-seeking night and don’t forget that fall nights can be chilly. The best time to watch is in the evening time just after dusk. Draconids move lower throughout the night and near the horizon at dawn. You can also watch and listen to meteors enter the atmosphere on Spaceweather radio. Meteors reflect radio signals as they burn up and you can hear this as eerie whistles and pings. For good tips on how to watch meteors visit Meteorwatch.