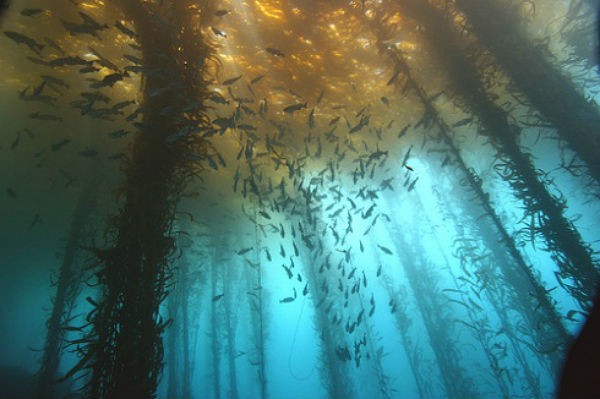 In August 2005, Hurricane Katrina generated massive waves uncovering an underwater cypress forest. 10 miles off the coast of Alabama a fisherman having great success shortly after the storm requested his friend take his diving gear to the bottom and see what lay below. Upon returning to the surface the scuba diver reported that there was a forest of cypress stumps below. The location of this site is being kept secret, only a handful of fishermen know the coordinates.

Along the Gulf’s bottom south of the Fort Morgan peninsula, there are meanders of an ancient river channel that runs to the north, toward the Mobile-Tensaw Delta, the second largest river delta in the U.S. The Delta is an environmental showplace that is 30 miles long and 12 miles wide just north of Mobile Bay. It covers more than 200,000 acres of swamps, river bottomlands and marshes. 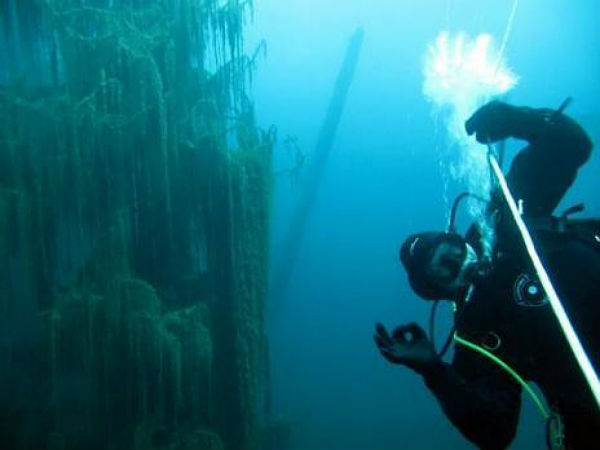 Water draining into the Mobile-Tensaw Delta deposits rich soils that have created marshes, cypress-tupelo swampland and bottomland hardwoods − all of which are rich with plant and animal life. The Delta drains 70% of the state’s water, resulting in a 200,000-acre wetland – Alabama’s largest.

By the end of the last major ice age (approximately 18,000 years ago), when the sea level was much lower and Alabama’s coastline was about 60 miles (97 km) south of its present location, the waterways of the delta valley extended much farther than their current-day southern termination at the head of Mobile Bay. As the ice age ended and global temperatures increased, sea levels began to rise again to their present-day level. 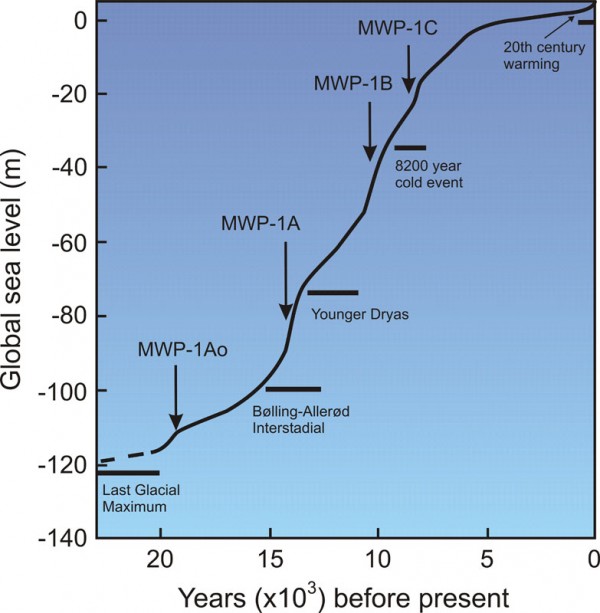 Hurricanes can generate enough force to cause the sands over 100 ft below the surface to move and reshape the seafloor. Just as easily as the forest was uncovered it can be undone, which explains why these kinds of finds are actually quite rare.

There are a number of underwater forests around the world, in Cornwall England, Scotland, Japan, and a number of other locations throughout the world. They have an approximates date of 12,000 years in Cornwall, 6,000 years old in Scotland, 7,500 in Japan, 2,500 off the coast of Alabama. Interestingly these forests seem to all hold dates very close to the meltwater pulses  (periods of rapid glacial melting). 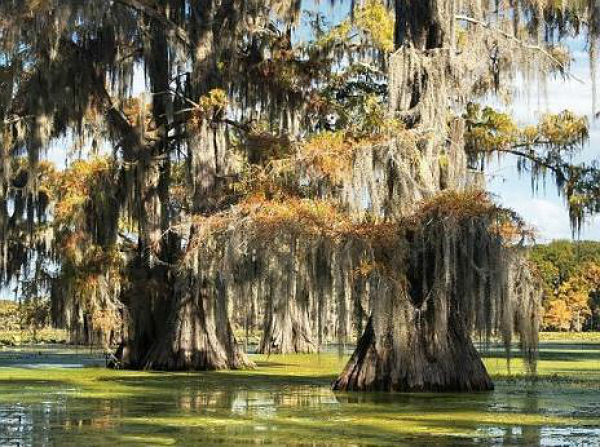 According to Nick Tew, a geologist with the Geological Survey of Alabama, the stumps had likely been preserved for millenia by virtue of being buried beneath a few feet of sand, which prevented oxygen from reaching them.

For these forests to remain intact over such an extraordinary period of time, it is reasonable to assume that once inundated and submerged, these forests have remained so since. Again this would indicate that these different locations were likely covered by a rapidly rising ocean, and were preserved in the salty depths as time passed. In these forests we get a first hand look into the past at how quickly the world can change.