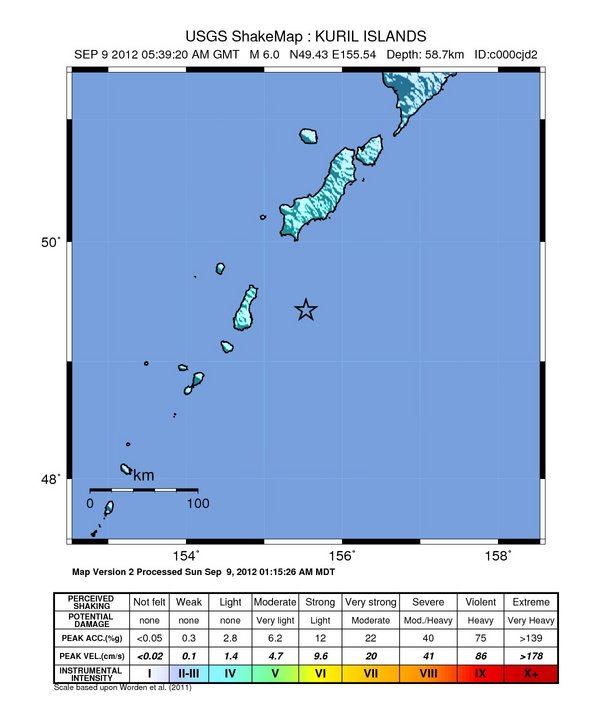 The Kuril Islands form a volcanic archipelago that stretches approximately 1,300 km (810 miles) northeast from Hokkaidō, Japan, to Kamchatka, Russia, separating the Sea of Okhotsk from the North Pacific Ocean. There are 56 islands and many more minor rocks. It consists of Greater Kuril Ridge and Lesser Kuril Ridge. The total land area is about 15,600 square kilometres (6,000 sq miles) and total population about 19,000.

The Kuril Islands form part of the ring of tectonic instability encircling the Pacific ocean referred to as the Ring of Fire. The islands themselves are summits of stratovolcanoes that are a direct result of the subduction of the Pacific Plate under theOkhotsk Plate, which forms the Kuril Trench some 200 kilometres (120 mi) east of the islands. The chain has around 100 volcanoes, some 40 of which are active, and many hot springs and fumaroles. There is frequent seismic activity, including a magnitude 8.5 earthquake in 1963 and one of magnitude 8.3 recorded on November 15, 2006, which resulted in tsunami waves up to 5 feet (1.5 m) reaching the California coast.