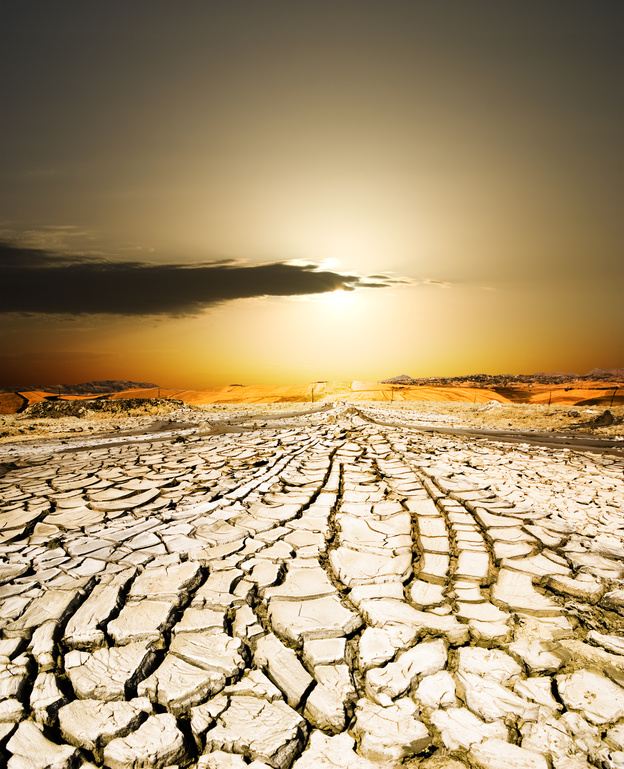 With over 60% of the country in a drought, the U.S. is facing one of financially most devastating natural disasters in the last 30 years. Second only to the Great Dust Bowl of 1934, the lack of rain and moisture throughout the U.S. has led to over 1,600 counties in 32 states to be declared natural disaster zones. The drought has costly impacts that range across the board from crop failure to wildfires running rampant.

The winter of 2012 brought the US dismal levels of snowfall, accompanied by an early and warm spring. With no snowmelt to allow for infiltration of the ground the soil, the water cycle could not function. After the first strong outbreak of tornadoes across the midwest and great plains the little water the ground still held disappeared. In many places the dry ground has hardened so that the sporadic rains result in flash floods. With the dry conditions and the constant heat waves across the country, record breaking fires have plagued the west throughout the summer. 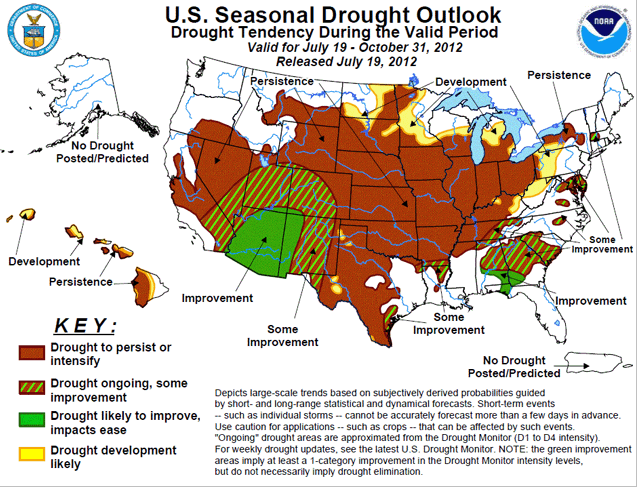 As the drought persists the cost of food is sure to rise. In the 18 primary corn producing states over 50% of their crops condition is being deemed poor to very poor. 40% of soy in the 18 primary soy states and 60% of rangelands and pastures are poor to very poor. 98% of the rangelands and pastures in Missouri are facing these same conditions with Illinois, Nebraska and Kansas all following suit with over 90%.

With the drought forecast to last well into October there is little relief in sight. With forecasts of a rise in the cost of food by 4% in 2013, coupled with a record setting $20 billion in agriculture insurance payoffs, the financial repercussions will continue on well past this drought. With record setting fires and ruined crops across the nation, some relief is sorely needed.