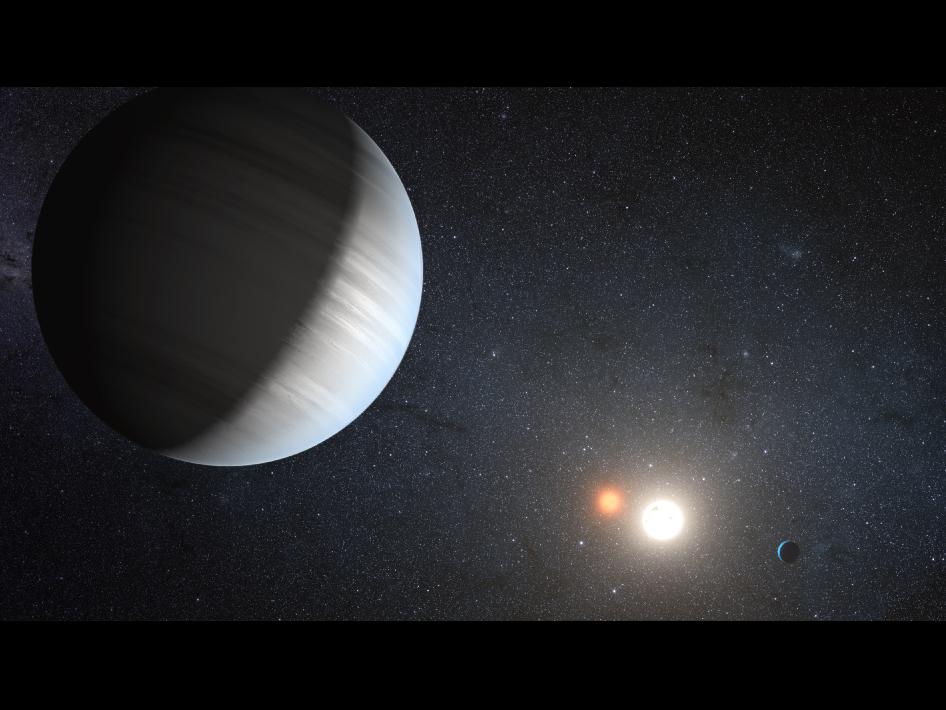 NASA’s Kepler mission has discovered first multi-planet solar system orbiting two stars named Kepler-47, which resembles the kind of solar system with two Sun(s) depicted in star wars. It is known as circumbinary planetary system and is 4900 light years away in the constellation Cygnus. Last year, first circumbinary planet was discovered, called Kepler-16b; whereas two planets are identified orbiting a binary star in Kepler-47 system, the latest discovery by the mission. 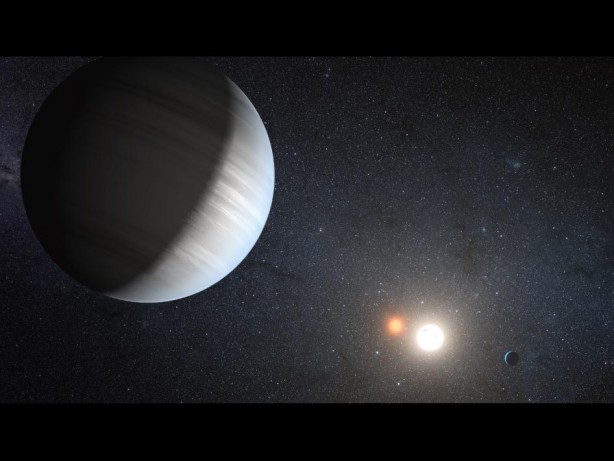 As per mission scientists, it demonstrates diversity of planetary systems in our galaxy and at the same time, proves that  more than one planet can form and persist in the stressful realm of a binary star.; hence called circumbinary planetary system. Kepler-47 system has two orbiting stars, primary star being similar in size as the Sun; other being one-third the size of Sun. These stars eclipse each other every 7.5 Earth-days during their orbits, when they move closer to and then farther from the planets; impacting the daylight on planets by large margin. The inner planet known as Kepler-47b  completes its orbit of binary star every 49.5 days, whereas the outer one, Kepler-47c is 4.6 times the size of Earth and orbits every 303 days. Latter one is classified in the so-called “habitable zone”, which means there might exist liquid water on the surface of the planet.

“In contrast to a single planet orbiting a single star, the planet in a circumbinary system must transit a ‘moving target.’ As a consequence, time intervals between the transits and their durations can vary substantially, sometimes short, other times long. The intervals were the telltale sign these planets are in circumbinary orbits.” 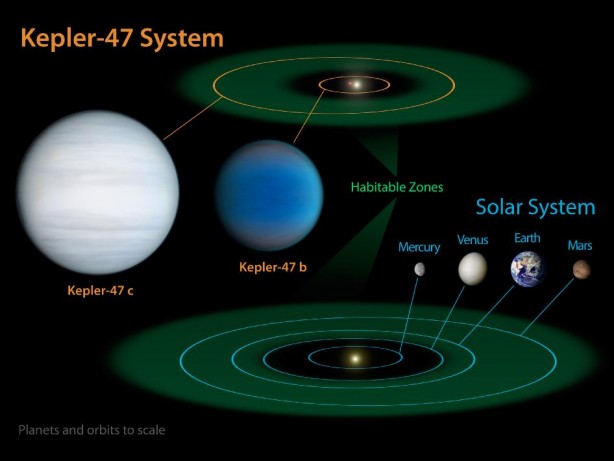 “Unlike our sun, many stars are part of multiple-star systems where two or more stars orbit one another. The question always has been — do they have planets and planetary systems? This Kepler discovery proves that they do. In our search for habitable planets, we have found more opportunities for life to exist,”

said William Borucki, Kepler mission principal investigator at NASA’s Ames Research Center in Moffett Field, Calif.  Research team used the data from Kepler space telescope which dips in brightness of more than 150,000 stars for searching the transiting planets.  Additional ground-based spectroscopic observations from telescopes at the McDonald observatory at the University of Texas at Austin which helped in characterizing the stellar properties. According to Greg Laughlin, professor of Astrophysics and Planetary Science at the University of California in Santa Cruz,

“The presence of a full-fledged circumbinary planetary system orbiting Kepler-47 is an amazing discovery. These planets are very difficult to form using the currently accepted paradigm, and I believe that theorists, myself included, will be going back to the drawing board to try to improve our understanding of how planets are assembled in dusty circumbinary disks.”