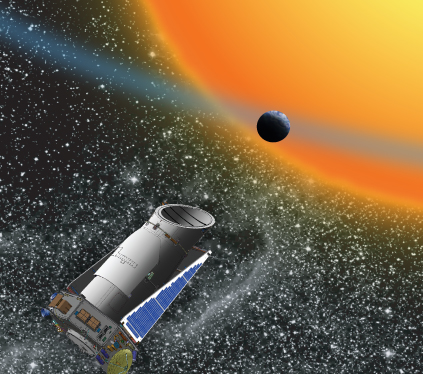 In a continuing hunt for Earth-like planets, NASA’s Kepler space telescope recently announced the discovery of four potential new planets in their Sun’s “habitable zone” among 461 planet candidates discovered by the telescope. These four potential new planets are less than twice the size of Earth and  being in “habitable zone” suggests liquid water might exist on surface of these planets. These new findings are based on observations conducted from May 2009 to March 2011 and show a steady increase in the number of smaller-size planet candidates and the number of stars with more than one candidate. Christopher Burke, Kepler scientist at the SETI Institute in Mountain View, Calif., who is leading the analysis said,

This discovery adds up to Kepler’s data – increasing the same by 20 percent –  2,740 potential planets orbiting 2,036 stars discovered as per the latest catalog. Increase in discovered Earth-size(by 43 percent) and super Earth-size(by21 percent) candidates is quite surprising. 102 new stars having more than one planet were introduced in the fresh data. Now,  43 percent of Kepler’s planet candidates are observed to have neighbor planets. Jack Lissauer, planetary scientist at NASA’s Ames Research Center in Moffett Field, Calif. said,

“The large number of multi-candidate systems being found by Kepler implies that a substantial fraction of exoplanets reside in flat multi-planet systems. This is consistent with what we know about our own planetary neighborhood.”

Kepler space telescope uses the Exoplanet transit method in order to search planets transiting in front of their “host star” wherein it repeatedly measures  the change in brightness of 150,000 stars.  At least three transits are required to verify a signal as a potential planet. Scientists analyzed more than 13,000 transit-like signals to eliminate known spacecraft instrumentation and astrophysical false positives, phenomena that masquerade as planetary candidates, to identify the potential new planets.