On August 7, Tropical Depression 7E had become more organized and has developed into Tropical Storm Gilma; moving through the eastern Pacific Ocean. Tropical Storm Gilma is being steered by a huge elongated area of high pressure that extends from the southwestern U.S. all the way west to Hawaii. 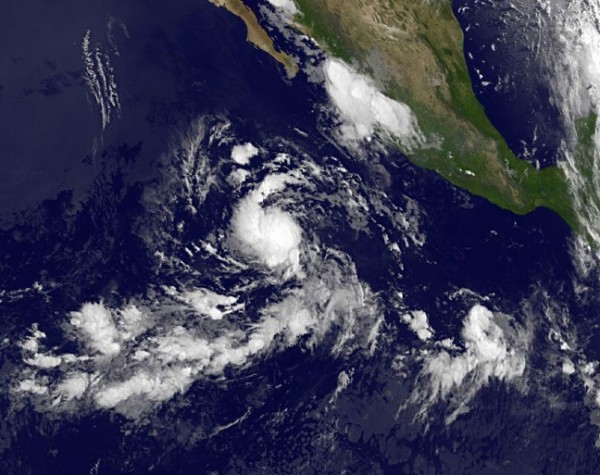 According to latest public advisory issued by US National Hurricane Center (NHC), the center of Tropical Storm Gilma was located near latitude 15.6N and longitude 116.1W. Gilma is moving west-northwestward at speed of 20 km/h (13 mph) and this general motion with a decrease in forward speed is expected during the next 48 hours. Maximum sustained winds are near 110 km/h (70 mph) with higher gusts. Tropical-storm-force winds extend outward up to 130 km (80 miles) from the center. Estimated minimum pressure is 990MB. Additional strengthening is expected and Gilma could become a hurricane today.