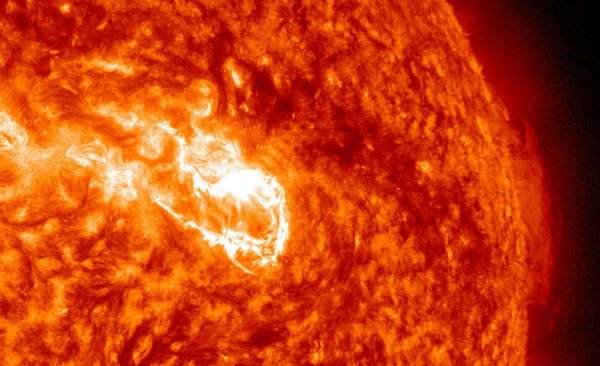 Lot’s of solar flares today… and just when you think it’s over a moderate solar flare reaching M4.6 peaks at 22:09 UTC. That was fifth M-class solar flare for the day.  The source of this latest eruption was Region 1514.

Moderate to Strong solar flares are now taking place frequently and there is an increased chance for a major X-Class solar flare within the next 24-48 hours. 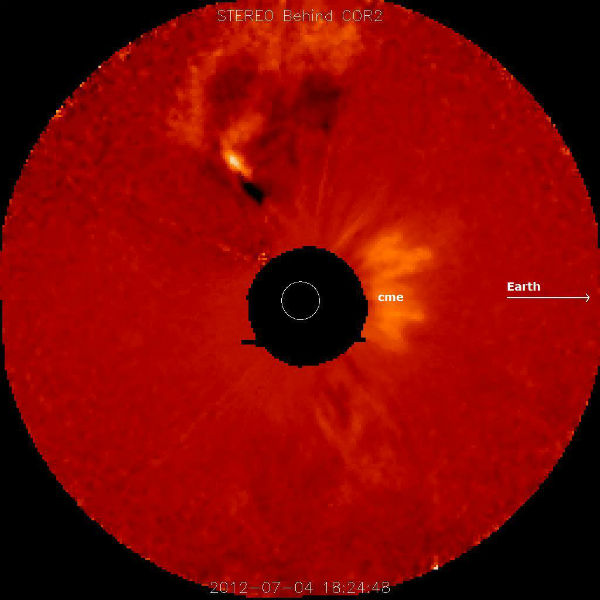 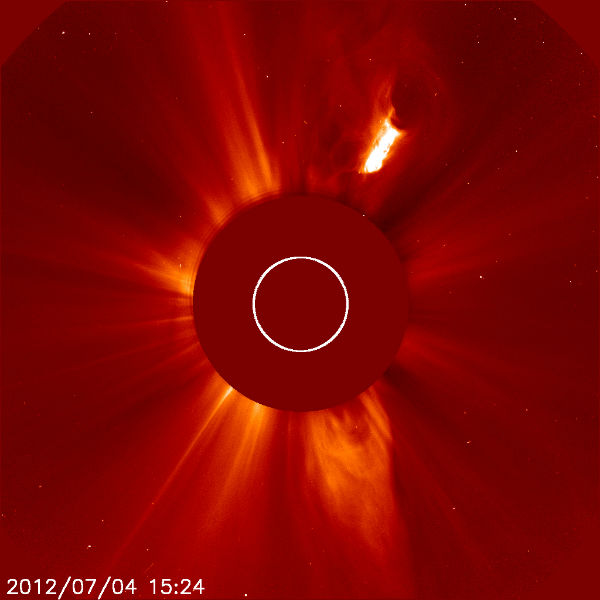 The biggest eruption today was registered as a M5.3 solar flare at 09:55 UTC . This solar flare did produce a bright Coronal Mass Ejection, however once again it appears to be headed mostly to the south.

Chances of an X-flare today are increasing as Sunspot/AR1515 develops a ‘beta-gamma-delta’ magnetic field that harbors energy for the most powerful explosions. The sunspot’s magnetic canopy is crackling with almost-X class flares, the strongest so far being an M5.3 at 09:54 UTC. Each eruption releases more energy than a billion atomic bombs.

The sunspot itself is huge, stretching more than 100,000 km (8 Earth-diameters) from end to end. The sunspot is directly facing our planet, so it is in position to cause radio blackouts, sudden ionospheric disturbances, and geomagnetic storms. 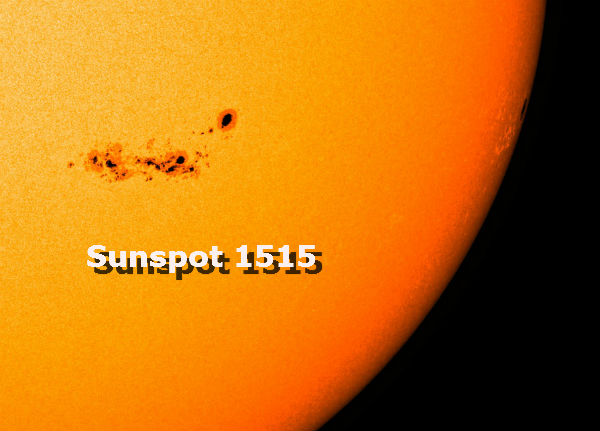 NASA’s SDO movie below shows the behemoth growing and turning toward Earth over the past five days.

Solar activity increased to high levels. Region 1515 (S17W23) produced an M5/2b flare at 04/0955Z along with occasional low-level M-class flares including an M2/Sn at 04/0437Z associated with a 150 sfu Tenflare. Spot and penumbral development was evident in the leading half of the region and it retained its beta-gamma-delta magnetic configuration. Coronal mass ejections (CME) were associated with the flare activity in Region 1515, but the bulk of the ejecta was directed southward, out of the ecliptic plane. Region 1513 (N17W36) produced an M1/2n flare at 04/1639Z associated with Types II (estimated shock velocity 807 km/s) and IV radio sweeps and a 200 sfu Tenflare. This event was also associated with a CME that may have had an Earthward component, but further analysis will be required to determine potential geoeffectiveness. Region 1513 showed no significant changes and retained its beta-gamma magnetic configuration. New Regions 1518 (N09E65) and 1519 (S14E76) rotated into view and were numbered late in the period.

Solar activity is expected to be moderate through the period (05 – 07 July) with a chance for an isolated X-class flare from Region 1515.

Geomagnetic field activity is expected to be at quiet to unsettled levels during the period (05 – 07 July) with a chance for active levels as the CH HSS gradually subsides. Recent CME activity from Region 1515 is not expected to significantly disturb the field.