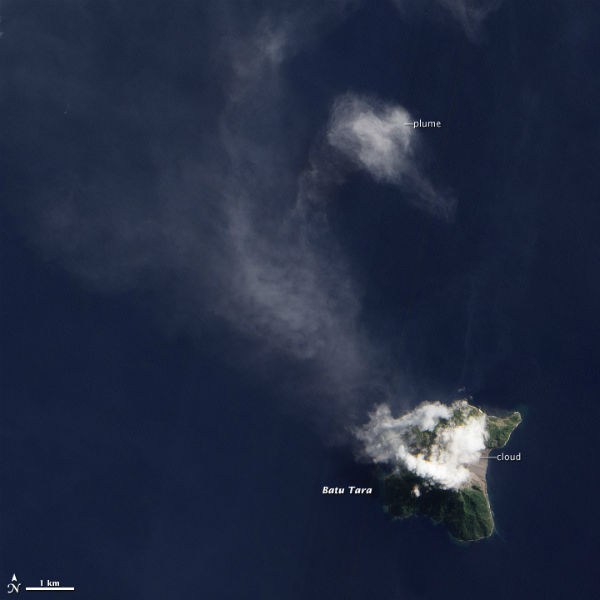 The small isolated island of Batu Tara in the Flores Sea about 50 km north of Lembata (formerly Lomblen) Island contains a scarp on the eastern side similar to the Sciara del Fuoco of Italy's Stromboli volcano. Vegetation covers the flanks of Batu Tara to within 50 m of the 748-m-high summit.

Batu Tara lies north of the main volcanic arc and is noted for its potassic leucite-bearing basanitic and tephritic rocks. Batu Tara lies on young and thin oceanic crust north of the main volcanic Sunda-Banda Arc at the boundary of the collision of the north moving Australian with the Sunda tectonic plate. The first historical eruption from Batu Tara, during 1847-52, produced explosions and a lava flow.