The mineral is a type of titanium oxide and has been named panguite (after Pan Gu, the giant from ancient Chinese mythology who established the world by separating yin from yang to create the Earth and the sky). Panguite is also a material previously unknown to science. The new mineral’s chemical name is Ti4+,Sc,Al,Mg,Zr,Ca, so it contains some unusual elements like zirconium and scandium. The mineral and the mineral name have been approved by the International Mineralogical Association’s Commission on New Minerals, Nomenclature and Classification. 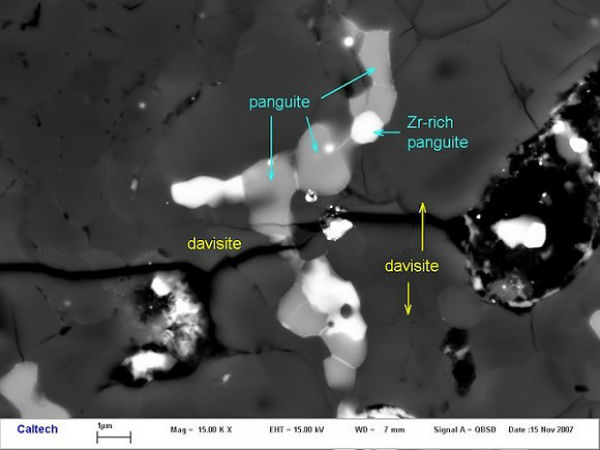 The Allende meteorite arrived at Earth in 1969 as an exploding fireball in the skies over Mexico, scattering thousands of pieces of meteorites across the state of Chihuahua. The Allende meteorite is the largest carbonaceous chondrite – a diverse class of primitive meteorites – ever found on our planet and is considered by many the best-studied meteorite in history. Nine new minerals, including allendeite, hexamolybdenum, tistarite, kangite and now panguite have been found in Allende meteorite. 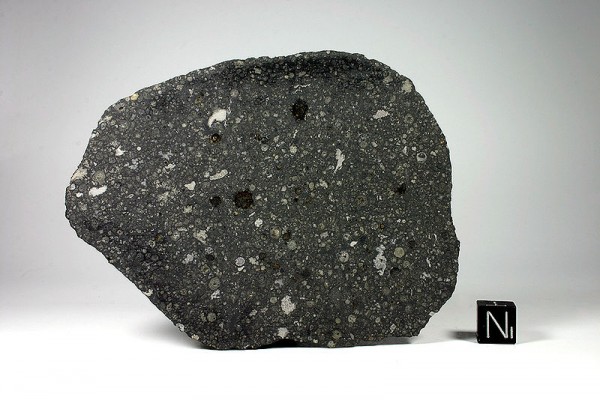 The team said the new mineral is likely among the first solid objects formed in our solar system and could date back to over 4 billion years ago, before the formation of Earth and the other planets. Studies of panguite and other newly discovered refractory minerals are continuing in an effort to learn more about the conditions under which they formed and subsequently evolved.