The epicenter was located in the Xinjiang mountains. Nearest big city (at a safe distance): Xinjuan. 150,000 people are living in a 100 km radius.

Houses in a 50 km area are mostly simple and made from Brick, rocks and adobe. Generally spoken Chinese houses have little resistance against earthquakes. New constructions however are build with a very high earthquake resistance.

Xinjiang seismological bureau is  organizing search and rescue teams to be dispatched to the epicenter area. 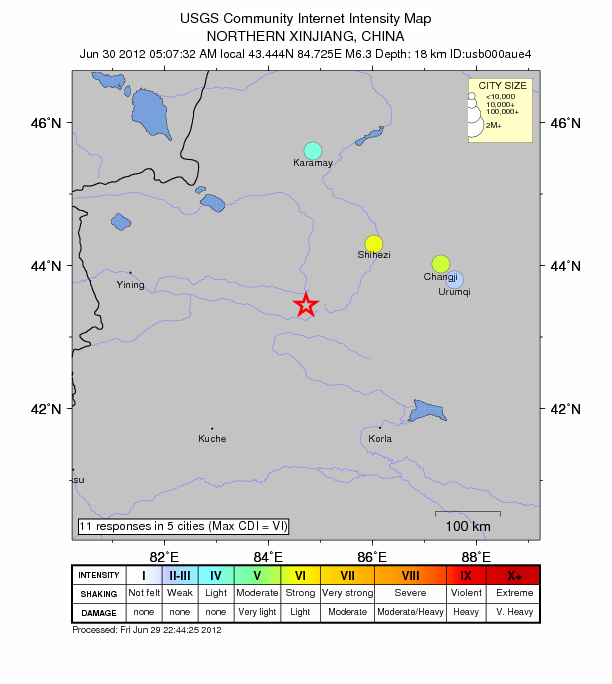 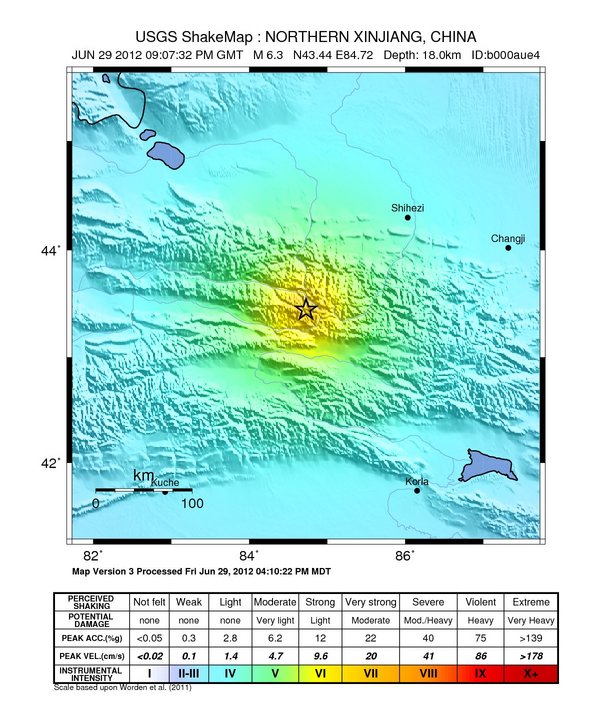