Nevado del Ruiz volcano, infamous for its deadly lahars, sprang to life in March 2012. Located in the Colombian Andes, the volcano was frequently active during the past 1,000 years, most recently in 2010. Observers first reported earthquakes near the volcano, followed by emissions of volcanic gases and small amounts of ash. By early June sulfur dioxide emissions had increased. Based on analysis of satellite imagery, the Washington VAAC reported that an ash plume drifted 40 km W. The VAAC also noted that the Bogota MWO reported ash emissions drifting NNW at an altitude of 9.1 km (30,000 ft) 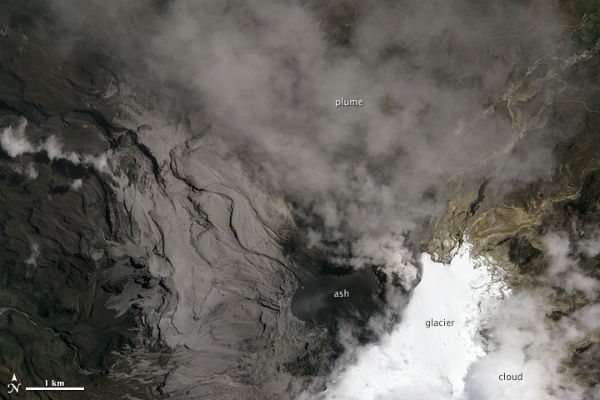 Satellite images and field monitoring teams continue to see significant process emissions and sulfur dioxide (SO 2 ) into the atmosphere. The Colombian GEOLOGICAL continues to oversee the evolution of volcanic phenomena in a timely manner and report changes that may occur.

INGEOMINAS scientists say that these ash emissions could last for days to weeks, continuing to dust the region around Ruiz with coating of volcanic ash. The Colombian and regional governments have prepared shelters for potential evacuees if the volcano’s activity increases or lahars are generated from these explosions.