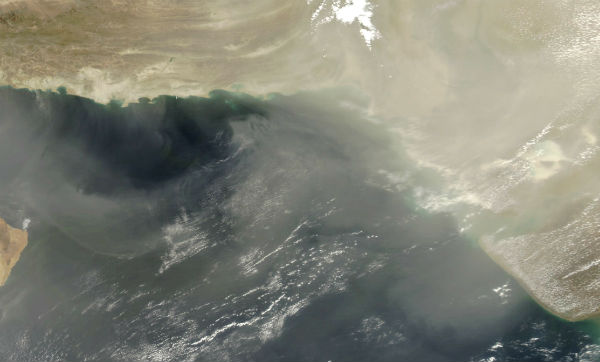 Dust blows off the coast of Pakistan, near the border with Iran, and over the Arabian Sea and Gulf of Oman and according to news reports death toll in region climbed to 8. The worst hit was Pakistan where powerful dust storm claimed four lives by now and injured more than 30. The storm also caused widespread destruction of crops and uprooted trees along the main road – disrupting power supply to many areas of the city. 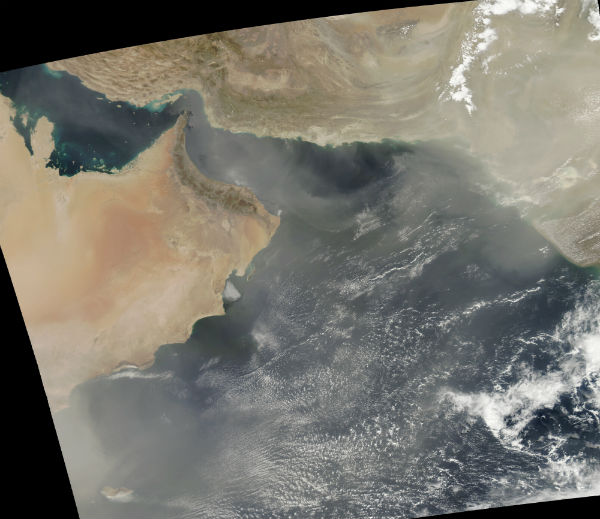 Heavy dust storms in Pakistan have affected many cities across the country, including Lahore, Faisalabad, Quetta and Peshawar. The effects of the dust storms were also felt across Dera Ismail Khan, Tank, Mianwali, Ferozwala, Muridke, Sargodha and Sheikhupara. Winds were reportedly blowing at speeds ranging from 55km to 70km per hour. 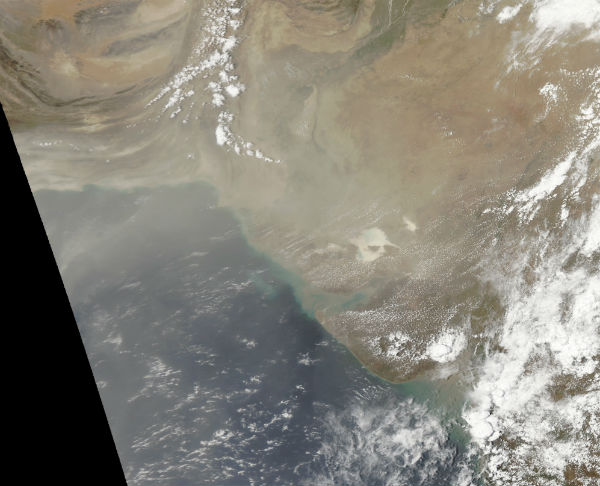 A dust storm stirred in the Hamun wetlands along the Iran-Afghanistan border on June 3, 2012. By the following day, the dust plumes had grown, spreading far south into Pakistan. 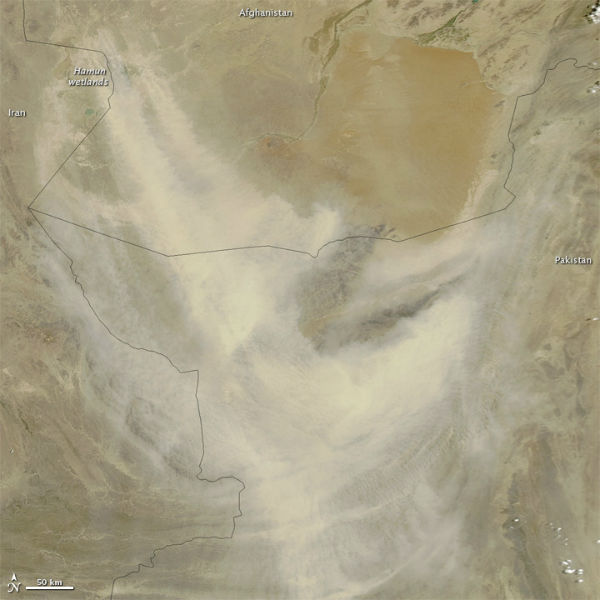 When moisture is scarce, areas like the Hamun wetlands transform to dry lakebeds, and the fine sediments provide material for dust storms. Multiple dry lakebeds occur along the borders between Iran, Afghanistan, and Pakistan, in addition to the Hamun wetland area. High temperatures can also contribute to dust storms by making air near the ground unstable. In such conditions, even light winds can loft dust into the air.