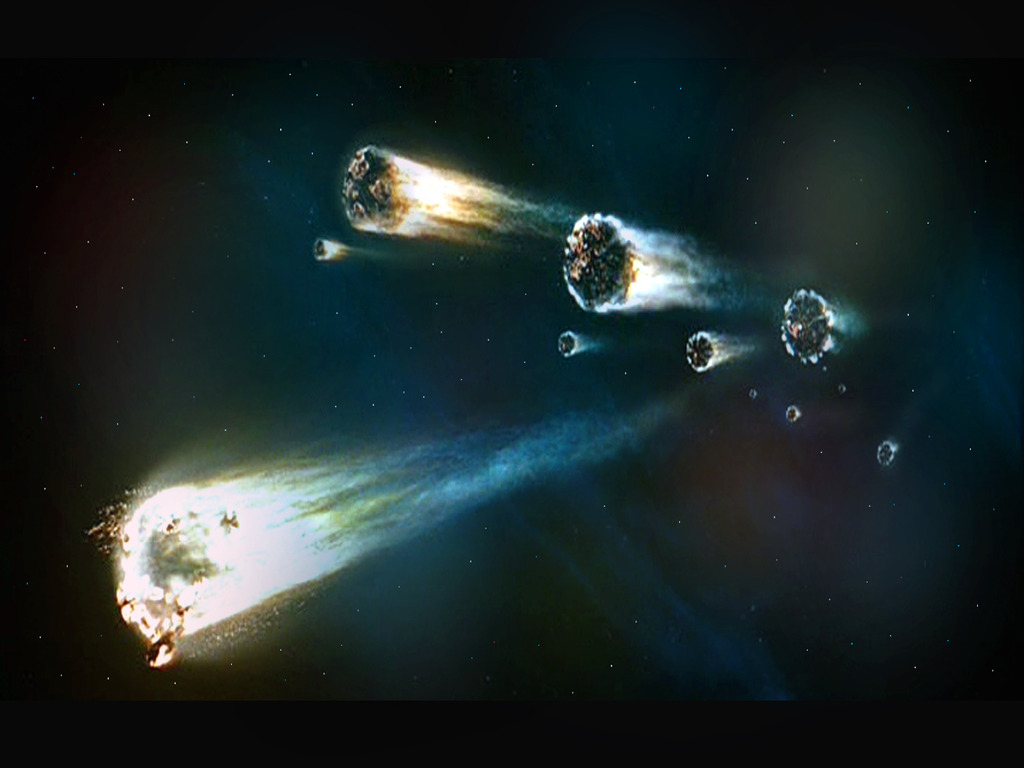 “The phenomenon of balls of fire shooting from the sky accompanied by huge blast-like sounds was witnessed by many last Tuesday evening (May 22, 2012) around 5 p.m. The shower was travelling in the eastern direction and is the first such meteorite shower recorded in the Vidarbha region of Maharashtra,” said Bharat Adur, head of Akash Ganga Centre for Astronomy (AGCA), Thane.

A team of scientists from Mumbai went to Nagpur on Monday to investigate and study the impact of last Tuesday’s large meteorite shower in the Katol region which damaged several houses, an official said on Sunday.

Tentatively named ‘Vinoba Meteorite Shower 2012’, the team will probe whether any crater has been formed in the region, covering a distance of around 200 sq km, Mr Adur said.

“Based on the information I received, at least six houses were affected because of this meteorite shower…only stony iron meteorites have such a huge impact,” said Mr Adur, adding, “We cannot declare anything immediately, and can only confirm the type of meteorite shower, once we visit the site.”

When asked if anyone was to be blamed for not forewarning the locals in Katol, Mr Adur said “ I am not blaming anyone for this, but European Space Research Organisation (Esro) should have been more tactful. For that matter, even the airport authorities are provided with a radar, which detects such meteorite showers, at least an hour before they hit the earth. Adequate precautions could have been taken.”

Residents of Katol were left shaken after a meteor-ite shower hit the region on May 22. “People are bound to get scared; I will be meeting my relatives and friends as soon as I reach Katol,” Mr Adur said.

A Geological Survey of India (GSI) team, which has already collected some samples, will also be surveying the entire area over the next couple of days, he added.

Adur said that the meteor shower was accompanied by earth tremors measuring 2.1 on the Richter Scale, but it is not clear whether the cumulative effect of the meteorites falling created the quake or it was a coincidence (that the meteorite shower and earthquake occurred simultaneously).

Adur said the GSI’s Deputy Director-General (Central Region) Binok Kumar and three other scientists have collected small samples of the meteorites for scientific studies and now, the Mumbai team will travel there for its own independent studies.

“They have confirmed that the pieces are indeed meteorites and this will add to the challenges before us after their physical, chemical analysis and age would be determined using radioisotope methods,” Adur said.

Director of the Petrology Department, G Suresh has opined from a preliminary check that the black colour pieces recovered belong to a ‘stony meteorite’ and are rich in silicate minerate with minute quantities of iron and nickel.

One of the samples recovered from Lakshmi Nagar in Nagpur measures 9.5 x 9 x 9.5 cm. Weighing nearly 700 gm, it is believed to have caused a 8x7x10 cm void in the earth.

According to Adur, the pieces belong to a huge mass of around 30 metres in diameter which could have fallen from a travelling asteroid and entered the earth’s atmosphere.

“The piece disintegrated soon after entering our atmosphere and the meteorites hit the surface at a speed of over 17 km per second. If it had not disintegrated, the effects could have been disastrous for parts of Nagpur and other areas,” Adur pointed out.

He explained that the meteorite which hit at Lonar in Buldhana district some 52,000 years ago was around 100 metres in diameter and has created a crater measuring around 4,000 metres diameter and a depth of 450 feet which is now famous as the Lonar Lake.