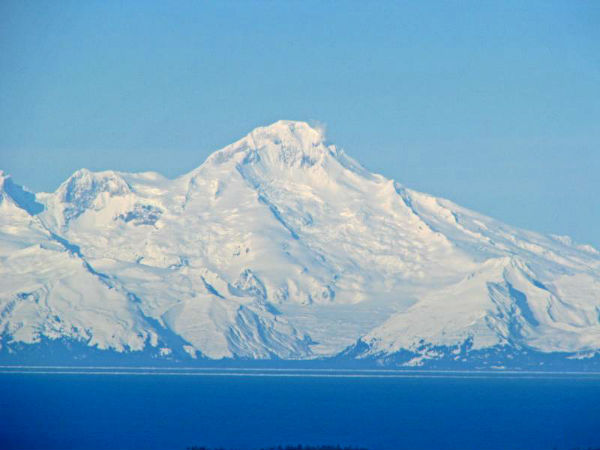 Iliamna volcano is located on the western side of lower Cook Inlet in the Lake Clark National Park. Iliamna is a snow-covered stratovolcano which rises 10,020 feet above sea level. Although steam plumes occur on its eastern flanks, there has been no historic volcanic activity at Iliamna. Iliamna is located 225 km (140 miles) southwest of Anchorage and 113 km (70 miles) southwest of Homer. 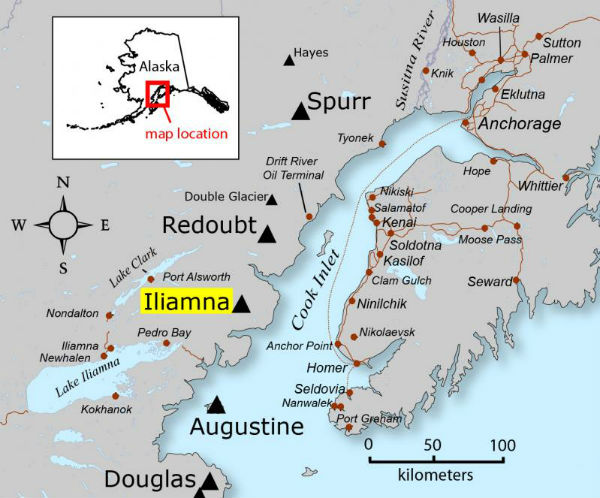 Featured image: The summit of Iliamna Volcano from the east on August 15, 2011 (Credit: Cyrus Read, Image courtesy of AVO/USGS)