The twister with winds of 100 – 115 kmh (60-70 mph) tore holes in roofs and downed trees as it moves through the towns Lanikai and Kailua on the Hawaiian island of Oahu. A waterspout made landfall on Friday morning on the east shore becoming a rare tornado. There were no injuries reported. The same storm that generated twister also brought golf ball sized hail raining down for about 45 minutes.

The island of Oahu  have seen intense rains over the past week, thanks to a 1040 mb blocking high pressure system near 40°N, to the NNW of the island that forced a companion cutoff low near 25°N 165°W to stay put, bringing a series of heavy storms to the islands according to World Weather Post.

Tornadoes are rare in Hawaii. According to the Tornado History Project, only 39 tornadoes have hit the state since 1950, an average of one tornado every 1.5 years. The strongest tornadoes to hit the state occurred in 1982, when a series of three F-2 twisters struck Oahu in February and March. Those months are the most frequent months for tornadoes, with 44% of the total. Luckily,  no one has ever been killed in a Hawaiian tornado, but six people have been injured. 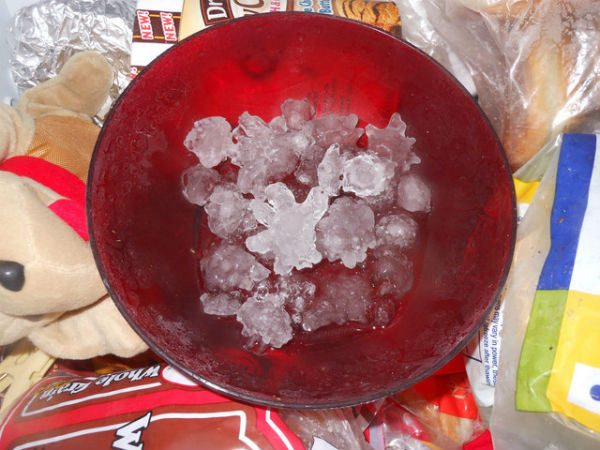 Rainfall amounts over the past week have exceeded 3 feet in some locations. The resulting flooding forced the governor on Wednesday to declare two islands, Oahu and Kauai, disaster areas. On March 5, 2012, flooding rains of  7.62 cm (3″) per hour caused the creek to overflow the Loop Road on Kauai and wash away a pickup truck that tried to cross as it can be seen in video bellow. The occupants evacuated safely. Sporadic rains are forecast to continue over the weekend, followed by a drying trend during the coming week.