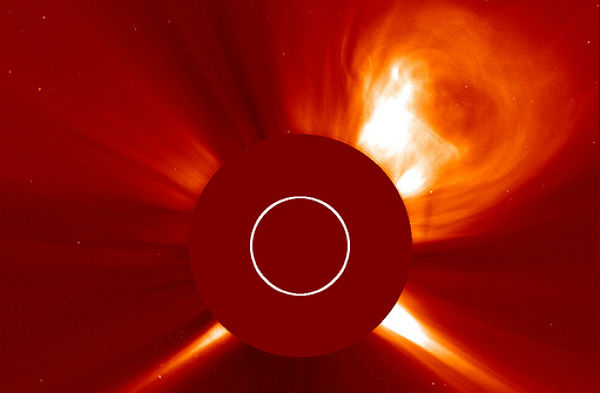 Explosion of dark magnetic filament occurs over the northeastern limb during the late hours of February 9th. Explosion generated a bright coronal mass ejection (CME) that is heading toward Venus as it seems. Fortunatelly, this CME is not Earth-directed.

Sunspot AR1416 continues to grow in the southern hemisphere and could harbour enough energy to produce M-class solar flare. NOAA/SWPC gives 30% chance for such events. New sunspot is emerging at the root of the erupting filament.

Sunspot 1415 rotated onto the western limb and out of direct Earth view. Returning regions, including active Sunspot 1402 from the previous rotation, will begin to rotate back into view over the weekend. NOAA forecasters estimate a 20% chance of minor geomagnetic storms during the next 24 hours as Earth glides through a solar wind stream. Arctic sky watchers should be alert for auroras.

Solar activity was at low levels due to C-class flaring from Region 1415 (N10W73), the largest a C2/Sf at 08/2217Z. The region showed little change as it approached the west limb. New Region 1416 (S16E24) emerged on the disk as a D-type spot group and produced two B9 x-ray events. No Earth-directed CMEs were observed during the period.

Solar activity is expected to remain at low levels for the next three days (10 – 12 February). A slight chance for M-class activity exists on days two and three due to the anticipated return of old Region 1402 (N26, L=213).

The geomagnetic field was at quiet to unsettled levels with isolated active periods observed at high latitudes. ACE satellite wind velocities began the period at about 450 km/s and gradually decreased to near 360 km/s through 09/1230Z. During this same time frame, the Bz component of the interplanetary magnetic field did not vary much beyond +/- 4 nT. By 09/1230Z, an increase in temperature, density, velocity and Bt were recorded at ACE. These signatures were indicative of a co-rotating interaction region in advance of a coronal high speed stream (CH HSS). The greater than 2 MeV electron flux at geosynchronous orbit reached high levels during the period. 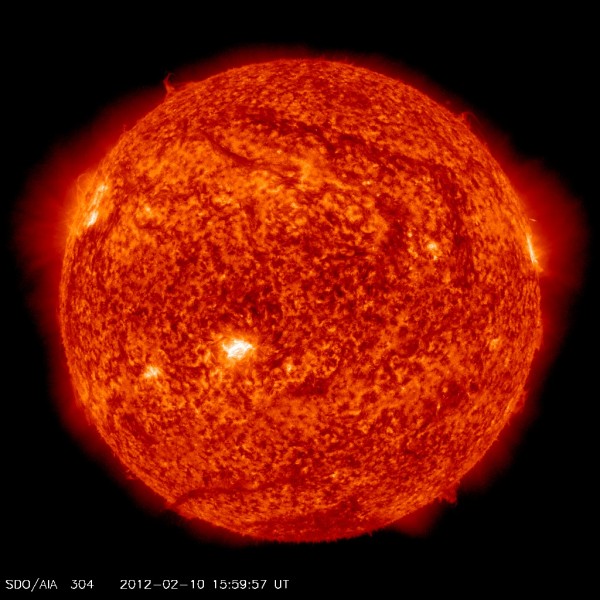 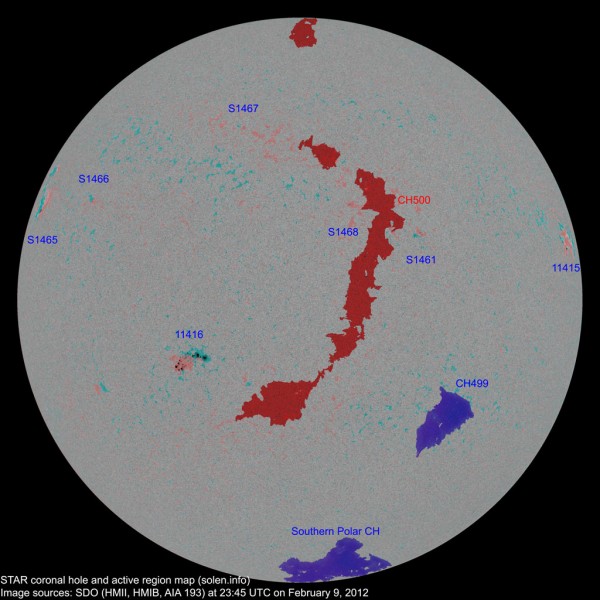