Solar activity at start of December

With no strong flares this week, the sun's x-ray output has nearly flatlined. The solar activity is quiet and is expected to continue for another 24+ hours. NOAA forecasters estimate a mere 20% chance of M-class solar flares. 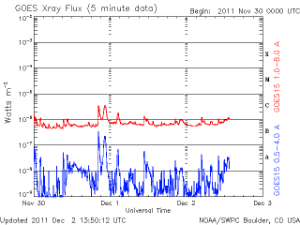 C-Class flares continue to be detected around various locations on the visible solar disk, including a long duration C3.6 Flare that took place around Sunspot 1356 in the northwest quadrant Wednesday evening. A solar filament appears to have lifted off the Sun at the same time and it did produce a Coronal Mass Ejection (CME). Click HERE to watch the CME activity as captured by Lasco C2 and STEREO Behing COR2. You can also see a farsided explosion at almost the same time. Neither appear to be Earth directed. (SolarHam) 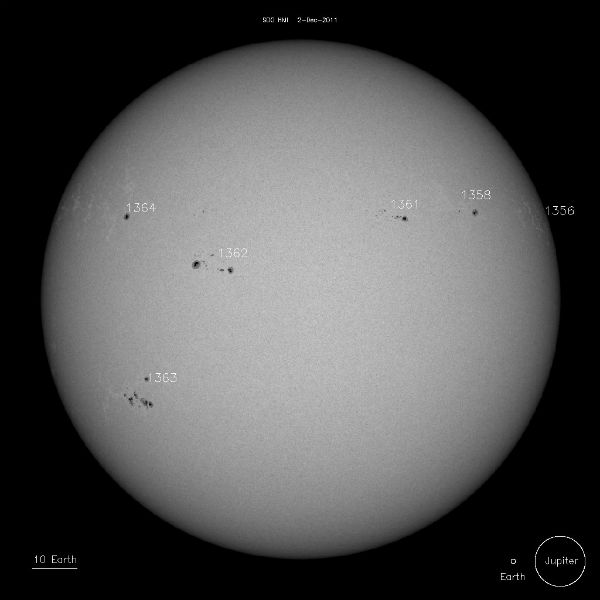 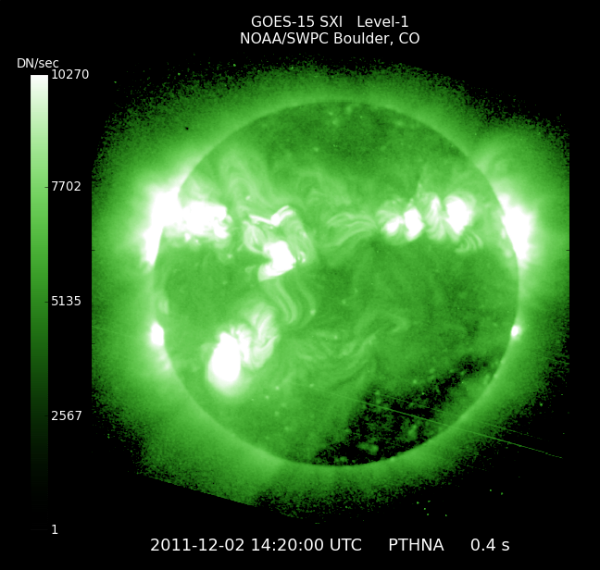 Solar activity was low. The largest event was a C3 flare from Region 1356 (N17W76) at 30/2232Z. Two coronal mass
ejections (CMEs) were observed in SOHO/LASCO C2 imagery at 30/2112Z. The events appear to originate from filament eruptions. The first off the east limb beginning at 30/1922Z and the second near the west limb beginning at 30/2046Z in SDO/AIA 171 imagery. We are currently waiting on model runs to determine the possibility of a glancing blow from these events.

Solar activity is expected to be low with a slight chance for an M-class flare on day 1 (02 December) with M-class flares probabilities increasing to a chance for days 2-3 (03-04 December).

The geomagnetic field was quiet to unsettled with active to minor storm periods observed at high latitudes.

The geomagnetic field is expected to continue to be quiet to unsettled. There is still a possibility for activity from a southern polar extent coronal hole high speed stream (CH HSS). 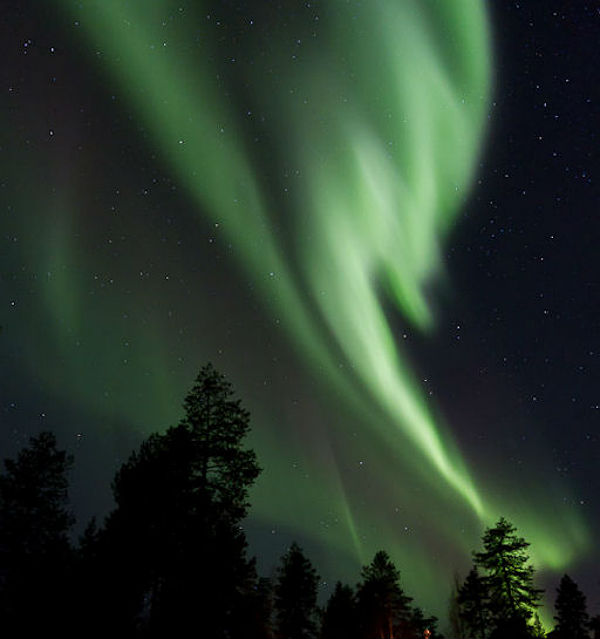 More auroras were seen yesterday. The display was caused by a solar wind stream which is buffeting Earth's magnetic field. It's a relatively minor stream, but potent enough to ignite auroras around the Arctic Circle. High-latitude sky watchers should remain alert for more auroras tonight as the solar wind continues to blow. (SpaceWeather)