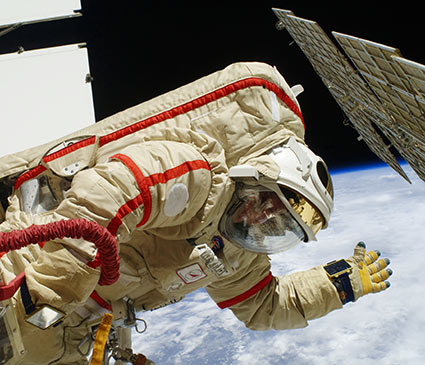 NASA astronaut Dan Burbank delivers a special Thanksgiving message from the International Space Station. Burbank is making his third visit to the station. His previous two visits were both aboard space shuttle Atlantis. During the STS-106 mission in September 2000, he helped prepare the station for its first permanent crew. During STS-115 in September 2006, he conducted a 7-hour, 11-minute spacewalk that completed truss installation, activated the solar alpha rotary joint and enabled the solar arrays to be deployed. 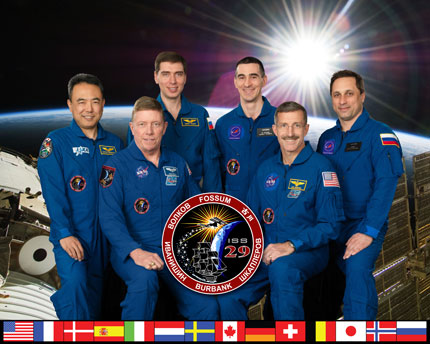 Thanks God for watching them!

One of the reason why the ISS crew is thankfull for is the recent threat of space debris collision with the station. The three astronauts/cosmonauts on the space station were almost forced to take shelter in their Soyuz spacecraft early Wednesday morning (Nov. 23), due to a close flyby or even a possible collision with a piece of space debris. Mission Control called up to the Expedition 30 at 2:06 pm EST on Nov. 22), saying it was too late to do a debris avoidance maneuver with the entire station, and the crew should be ready to “shelter in place” in the Soyuz vehicle.

NASA reports that flight controllers have downgraded conjunction threat, and there is now no need for the crew to shelter in place on the space station. Luckily, a piece of debris about 4 inches (10 centimeters) in diameter flew within 850 meters (2,800 feet) of the station. NASA’s Chief Scientist for Orbital Debris Nicholas Johnson told Universe Today during a previous close conjunction of space debris and the ISS that on average, close approaches to ISS occur about three times a month. The crew has taken shelter in the Soyuz vehicles only twice during the 11 years of continual human presence on the ISS. 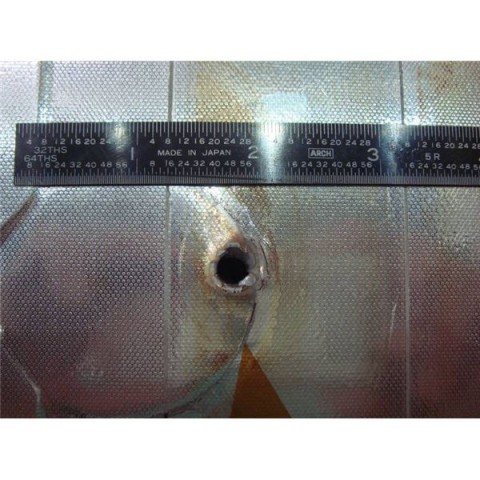 Due to the low orbital altitude of the station, there is a constant threat from space debris. All types of trash has accumulated around the Earth since the beginning of the space program, from spent rocket stages and satellites to coolant and lost tools. Additional threats come from naturally-occurring micrometeroids. This is a threat to any astronauts performing spacewalks and to the station itself. In order to avoid collisions with these objects, ground crews track incoming debris and the station uses thrusters to move out of the way. If there is a major problem, however, the crew begins evacuation procedures and enters the Soyuz spacecraft.

Astronauts are also exposed to large amounts of radiation caused by cosmic rays. Each day, crewmembers receive the equivalent radiation a person on Earth would get in approximately one year. This has strong negative effects on the human immune system by damaging chromosomes and causing cataracts in the eyes. Unfortunately, radiation shielding is in its infancy and provides little protection. However, NASA has helped develop a number of drugs that offset the problems associated with cosmic ray radiation. (BrightHub)