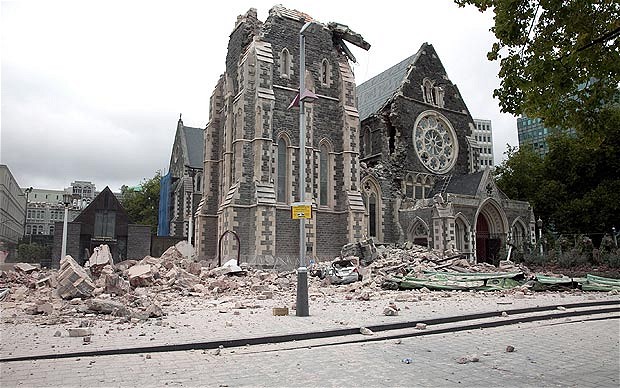 Scientists warned of an increased probability that another powerful earthquake will hit the earthquake-stricken New Zealand city of Christchurch in the next year. Christchurch, New Zealand’s second largest city, is still recovering from  6.3-magnitude quake struck in February, killing 181 people and destroying much of the downtown area.

In a new report, government scientists said there was a 15 percent probability of a magnitude 6.0 to 6.4 quake in the next 12 months, up from 10 percent in September. The chance of a 5.5-5.9 magnitude quake was put at 46 percent from 37 percent two months ago.

The announcement of increased probabilities comes only a month after the government’s earthquake monitoring unit GNS Science said they were decreasing.

“Nothing has changed inside the earth to increase the risk of an earthquake, it’s just that there is a change in the way the probabilities are calculated,” said Kelvin Berryman, the natural hazards research manager.

He said the forecasting technique was changed to reflect a longer-term outlook now that the aftershock sequence is 13 months on from the initial 7.0 quake that rocked the city and weakened its infrastructure.

“The aftershocks are behaving as expected. They are declining in frequency quite quickly. But now the possibility of triggered earthquakes at greater distances is becoming a prominent component of the total hazard, so that is being reflected in the more complex forecast model,” Berryman said. 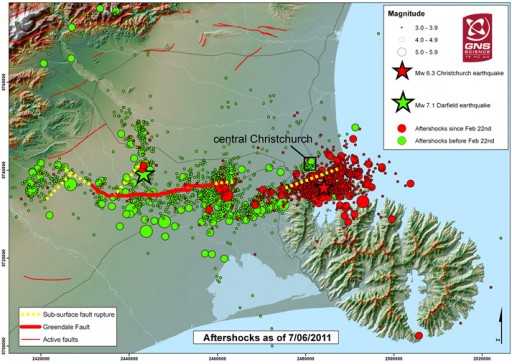 The February 22 quake, which struck at lunchtime when streets were packed, was the deadliest earthquake in New Zealand since a 7.8 magnitude quake in Hawke’s Bay claimed 256 lives in 1931.

New Zealand sits on the so-called “Ring of Fire”, the boundary of the Australian and Pacific tectonic plates, and experiences up to 15,000 tremors a year. (TerraDaily)