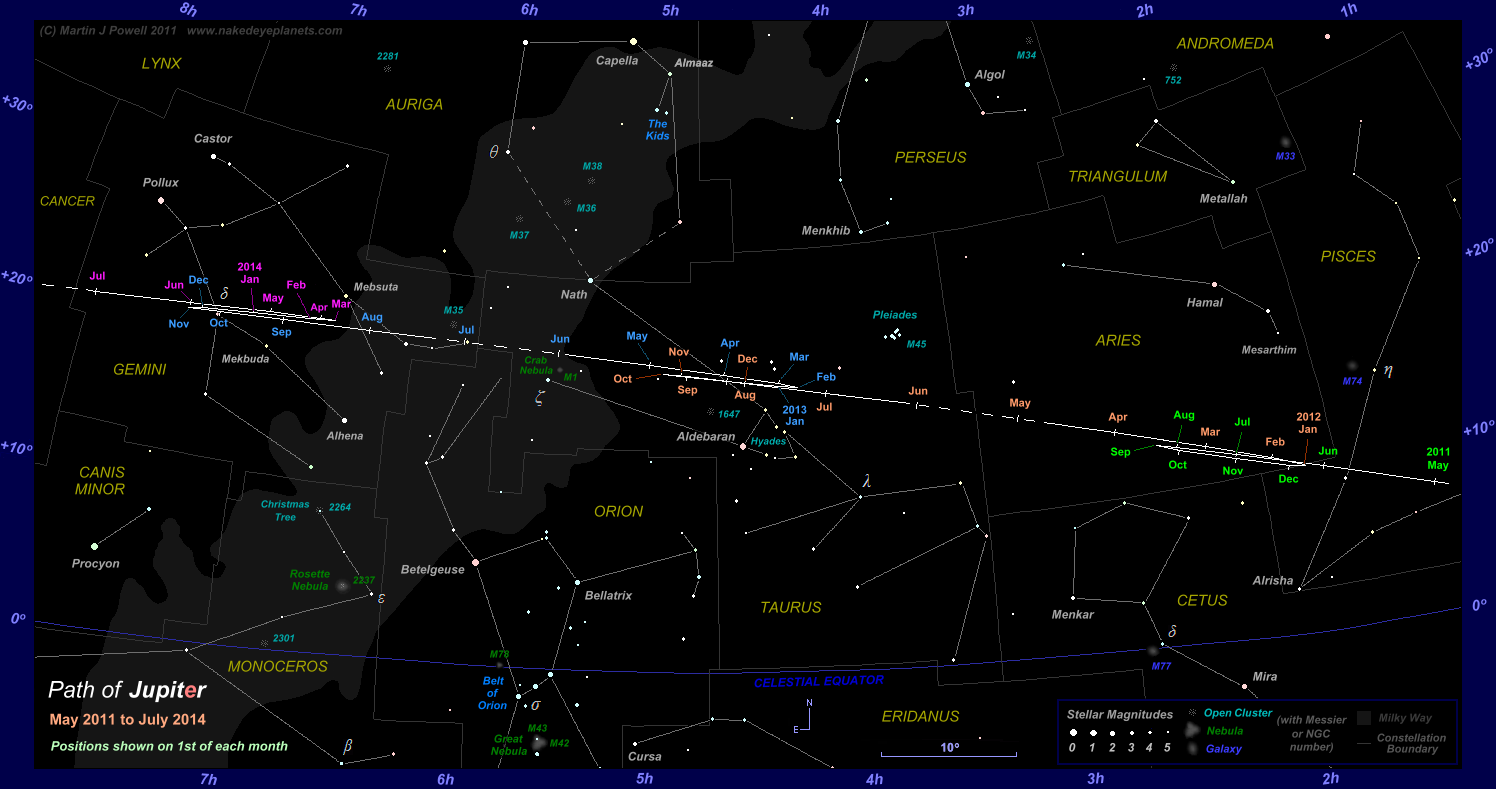 Jupiter will take center stage in the sky this month as it nears opposition to the sun. At opposition, expected on Oct. 29, Jupiter shines opposite the sun in our sky.  Jupiter will rise in the eastern sky at sunset, stay out all night long and set in the west at sunrise. The Earth in its orbit swings between the sun and Jupiter on Friday night (Oct. 28). Skywatchers may be able to view Jupiter and some of its moons with a modest telescope this weekend. 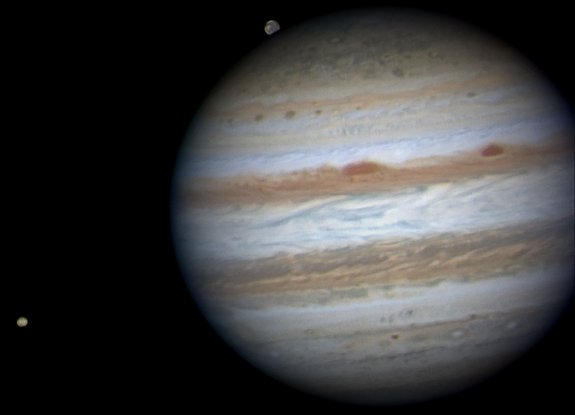 This means the giant planet will be up all night, rising in the east at sunset and soaring overhead at midnight. Jupiter at opposition shines ~36 times brighter than a 1st magnitude star, so it’s easy to find.

Oppositions of Jupiter occur roughly every 13 months. It takes the gas giant much longer to circle the sun than it does Earth — about 11.9 Earth years. Periodically, Earth overtakes Jupiter, crossing between that planet and the sun, to create opposition. 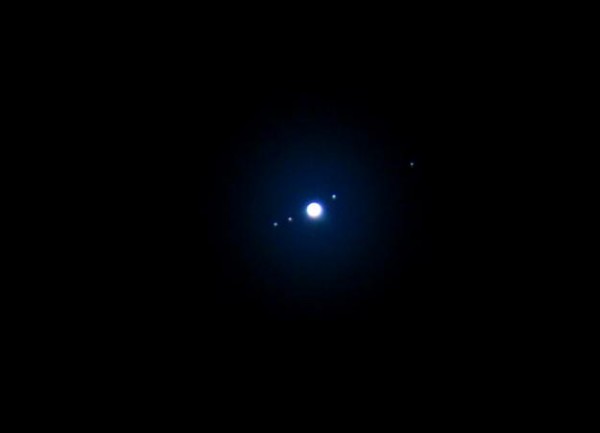 Notice that the sun is setting well to the south of the west point on the horizon, now that we’re more than a month past the fall equinox. The only days the sun sets due west is right on the equinoxes, which were March 20 and Sept. 23 this year.

A few minutes after sunset, turn around and look at the eastern horizon. You will see Jupiter rising there slightly north of due east, the brightest object in that part of the sky.

Jupiter has at least 63 moons, which are named after the Roman god’s many lovers. The four largest moons of Jupiter, called Io, Europa, Ganymede, and Callisto, were discovered by Galileo himself, and are known today as the Galilean satellites. 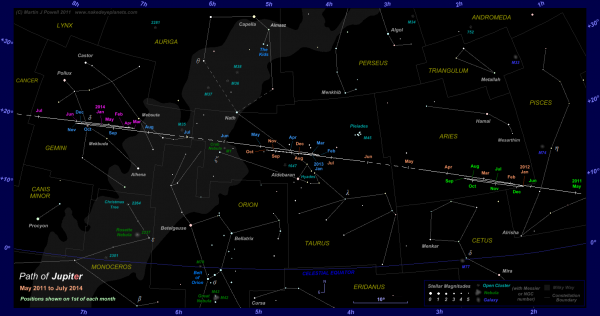 This year, in 2011, Jupiter happens to swing to perihelion— its closest point to the sun during its 12-year orbit. At perihelion, Jupiter is nearly 50 million miles closer to the sun than when it’s at aphelion — its most distant point. That’s why Jupiter is closer to us than usual at this year’s opposition. In fact, Jupiter won’t come this close to Earth again until the year 2022. 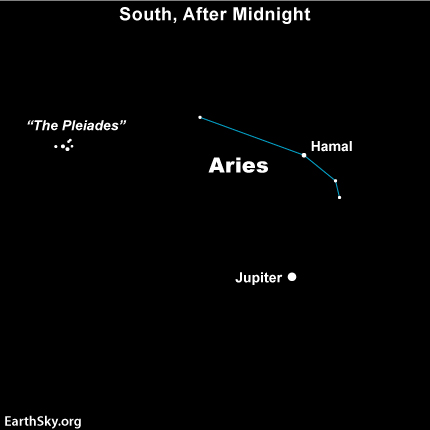 You would need at least 80 Jupiters — rolled into a ball — to be hot enough inside for thermonuclear reactions to ignite. In other words, Jupiter is not massive enough to shine as stars do. But Jupiter is the largest planet in our solar system. So when the sun goes down on this late October night, you might — if you’re fanciful enough — imagine bright Jupiter as a tiny sun all night long.