Hubble Space Telescope has the best evidence yet for an underground saltwater ocean on Ganymede, Jupiter’s largest moon. The subterranean ocean is thought to have more water than all the water on Earth's surface. Identifying liquid water is crucial in the search for habitable worlds beyond Earth and for the search of life as we know it.

By watching the rocking motion of the two aurorae, scientists were able to determine that a large amount of saltwater exists beneath Ganymede’s crust affecting its magnetic field. 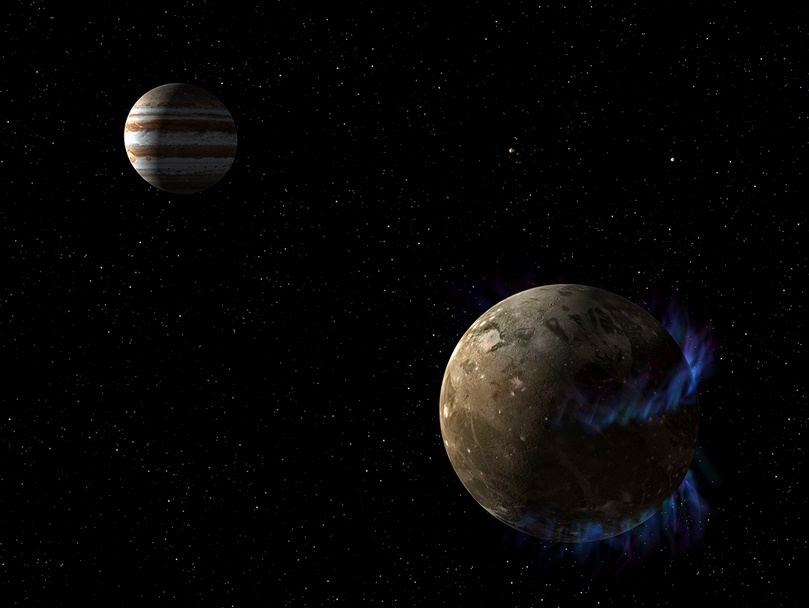 A team of scientists led by Joachim Saur of the University of Cologne in Germany came up with the idea of using Hubble to learn more about the inside of the moon. 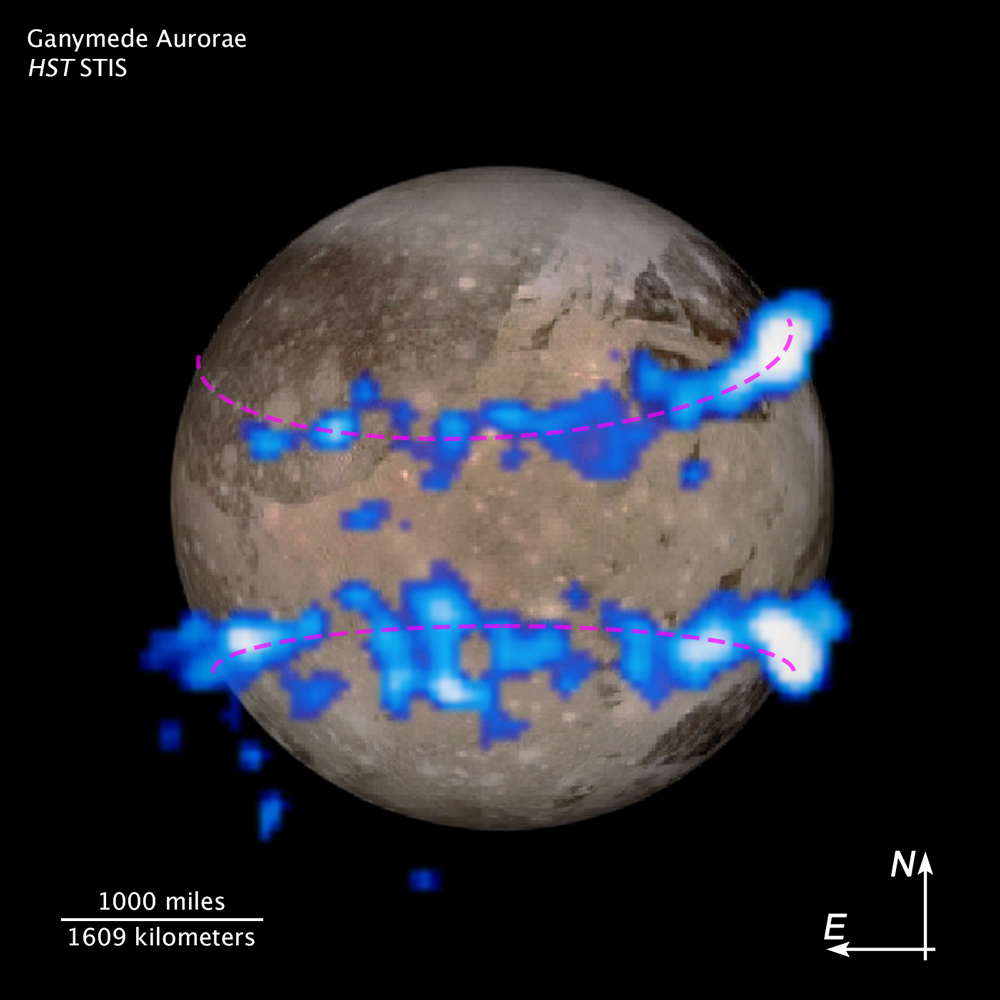 Hubble Space Telescope images of Ganymede's auroral belts (colored blue in this illustration) are overlaid on a Galileo orbiter image of the moon. The amount of rocking of the moon's magnetic field suggests that the moon has a subsurface saltwater ocean. Image credit: NASA, ESA, and J. Saur (University of Cologne, Germany). 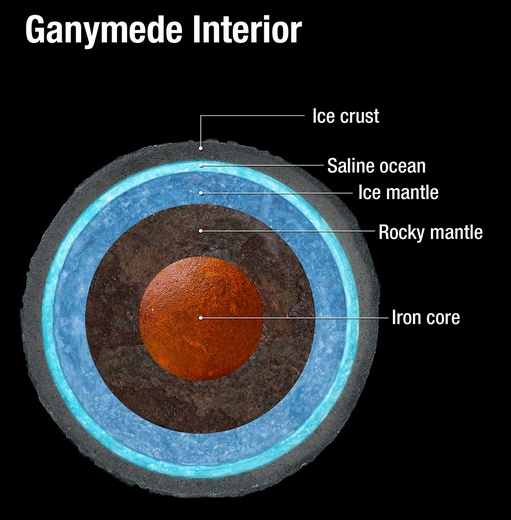 This is an illustration of the interior of Jupiter's largest moon, Ganymede. It is based on theoretical models, in-situ observations by NASA's Galileo orbiter, and Hubble Space Telescope observations of the moon's aurorae, which allows for a probe of the moon's interior. The cake-layering of the moon shows that ices and a saline ocean dominate the outer layers. A denser rock mantle lies deeper in the moon, and finally an iron core beneath that. Image credit: NASA, ESA, and A. Feild (STScI).

An ocean in Ganymede was first suspected in the 1970s, based on models of the large moon. NASA's Galileo mission measured Ganymede's magnetic field in 2002, providing the first evidence supporting those suspicions. The Galileo spacecraft took brief "snapshot" measurements of the magnetic field in 20-minute intervals, but its observations were too brief to distinctly catch the cyclical rocking of the ocean’s secondary magnetic field.

Featured image: This is a sketch of the magnetic field lines around Ganymede, which are generated in the moon's iron core. Hubble Space Telescope measurements of Ganymede's aurorae, which follow magnetic field lines, suggest that a subsurface saline ocean also influences the behavior of the moon's magnetosphere. Credit: NASA, ESA, and A. Feild (STScI).