The bubbling caused by the steam and eddies from the underwater eruption is recorded on the island of El Hierro and is visible today from the highlands of the fishing village of La Restinga. The spot that appeared on Wednesday off the coast of La Restinga is technically considered the evidence of the eruption.

Experts predict four phases of eruption: the current generation of bubbles of lava, the emergence of a large plume of white steam, the visualization of small explosions on the sea of lava known as rooster tails and finally, once magma passes through the water surface, the appearance of a mouth, from which the lava would flow into a small island.

The lava is going to be accumulating on the bottom and, as the building is built under the sea, it will decrease the depth. Gradually the vapor will rise and we'll see a nice column of smoke. Then, explosions may occur.

Some scientists state that, if these explosions occur, the magma could be fired a mile away because, at shallow depths, water pressure has no power to stop the magma. It was estimated yesterday that the cone that built the magma may already be less than 150 meters to the surface, so that the explosions are quite likely in the coming hours.

These explosions that scientists expect to occur in front of the El Hierro coast in a place clearly visible to the public are generated by the interaction of magma, which is over 1 200 degrees Celsius. 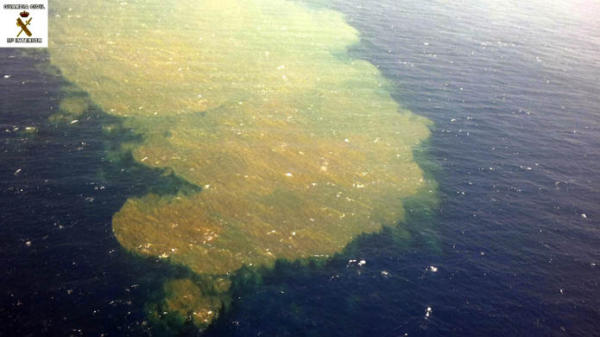 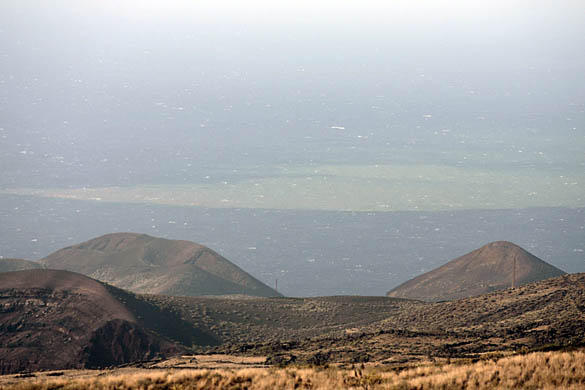 The eruption fissure discovered on Saturday is located at 2.4 km out of the coast and at a depth of only 150 meters. If the eruption would continue on the present location for a prolonged time, scientists say ” a new island” will be born.

The images of hot ash still smoking when coming to the surface is the absolute proof that an eruption is going on the slopes of the volcano below the sea level. The video below has been shot by scientists from IGN and CISIC while overflying the affected zone by helicopter.

Villagers are mentioning “bubbles” coming up in the spotted area in the sea. We expect to receive fastly images from the bubbles as the many camera teams with their superior equipment will certainly be able to shoot detailed video from an event which can be seen by the naked eye. 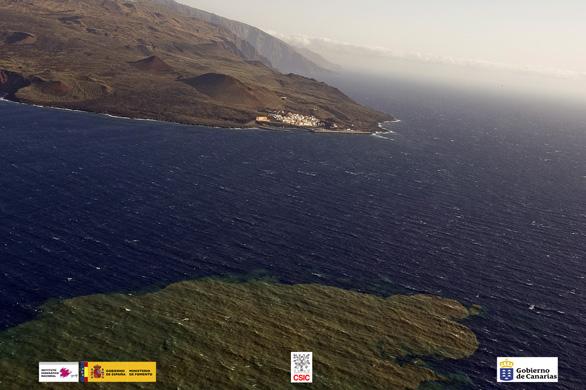 Ramon Ortiz, a technician from the CSIC (Centro Superior de Investigaciones Científicas) is predicting that a new island is being formed at this moment and that the chance that it will happen now is evaluated as very probable.

The PEVOLCA meeting which took place in El Pinar at 13:00 today, did take some very important decisions. Among the most important are:

– The Los Roquillos tunnel, very important for the inhabitants of the western part of the island (Frontera, etc) and Valverde (other side) will be reopened within 24 hours.
– The evacuated people from La Restinga are allowed to return to their houses under strict conditions and IF the newly installed equipment will give green light. The main reason of allowing the return of the La Restinga inhabitants is the installation of hydrophones.  The hydrophone(s) is an additional instrument which allows security to people and scientists to call an immediate evacuation if needed. A sound alert will be installed in the village of La Restinga. If it hurls people have to auto-evacuate towards El Pinar and Valverde.