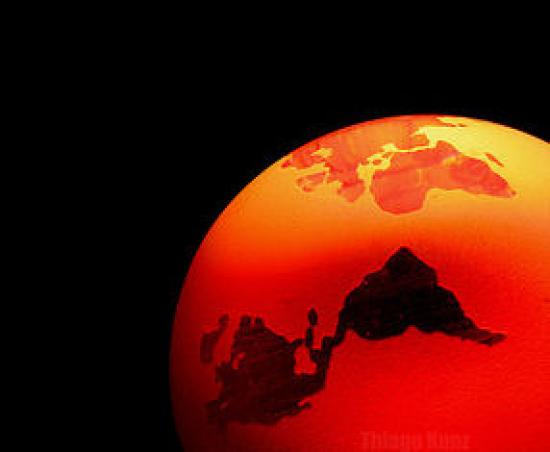 Rising global temperatures and changes in weather patterns have knock-on effects on the growth of a wide range of species. The change could have a major impact on the expanding human population, with major food sources like fish likely to reduce in size and crops expected to grow smaller and less reliably than today.

Species which are unable to adapt quickly enough are at risk of extinction as ecosystems shift dramatically, altering the balance of food and other resources needed for survival.

A new study, published in The American Naturalist, has examined how warmer temperatures can result in smaller individuals within a species.

This relationship between size and temperature change only holds for cold-blooded animals, which rely on external sources, such as sunlight, to warm themselves. Scientists don’t understand why this relationship exists.

To warm-blooded creatures like humans, this might not sound like a big deal. But we make up only a tiny percentage of Earth’s animals, and we rely upon cold-blooded creatures for food, to pollinate crops and for many other crucial, but perhaps not obvious, reasons. So, climate-influenced changes could have cascading effects.

Scientists have already established the “temperature size rule,” which says that individual animals reared at colder temperatures will become larger adults. Likewise, animals reared in warmer temperatures produce smaller adults. However, it’s unclear just how this happens, according to Jack Forster, a doctoral student at Queen Mary, University of London, and the lead researcher.

Shrinking body size as an ecological response to climate change

As a new paper, Shrinking body size as an ecological response to climate change, published in Nature Climate Change demonstrates, that same shrinking can be observed in many species today as a consequence of warming global average temperatures over the past few decades.

Determining how climate change will affect global ecology and ecosystem services is one of the next important frontiers in environmental science. Many species already exhibit smaller sizes as a result of climate change and many others are likely to shrink in response to continued climate change, following fundamental ecological and metabolic rules. This could negatively impact both crop plants and protein sources such as fish that are important for human nutrition. Furthermore, heterogeneity in response is likely to upset ecosystem balances. We discuss future research directions to better understand the trend and help ameliorate the trophic cascades and loss of biodiversity that will probably result from continued decreases in organism size.

The paper surveyed eighty-five different species of both plants and animals, and determined that about forty-five percent of the surveyed species have so far been unaffected. Of the remaining species, eighty-percent have shrunk in average size over the past few decades, while twenty percent have increased in average size. What was most surprising, though, is that one would expect plants to grow in size, due to more carbon dioxide in the atmosphere. However, most plants have been experiencing stunted growth, which is the result of higher temperatures and depleted soil nutrients.

There’s another worrying trend, as well, which Marlowe Hood notes:

Birds — including passerines, goshawks and gulls — and mammals such as soay sheep, red dear and polar bears, have also trended towards less bulk.

Some of the most worrying changes are at the bottom of the food chain, especially in the ocean, where tiny phytoplankton and calcium-building creatures are dwindling in size due to acidification and the reduced capacity of warmer water to hold oxygen and nutrients.