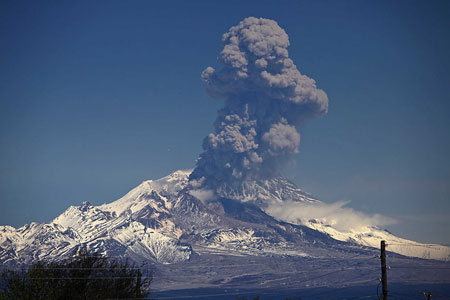 Reports speak of a violent volcanic eruption of Mount Shiveluch on Russia’s Far Eastern Kamchatka Peninsula. Smoke and ash from the volcano have climbed to 10 kilometres, sparking no-fly warnings for the surrounding area. Snow around the crater is rapidly melting, creating mudslides.  (TASS/VoiceOfRussia) 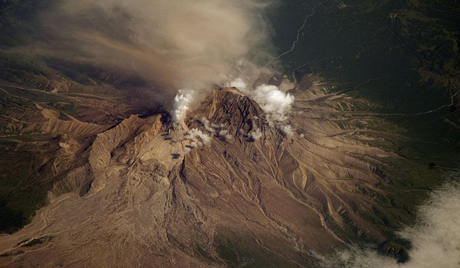 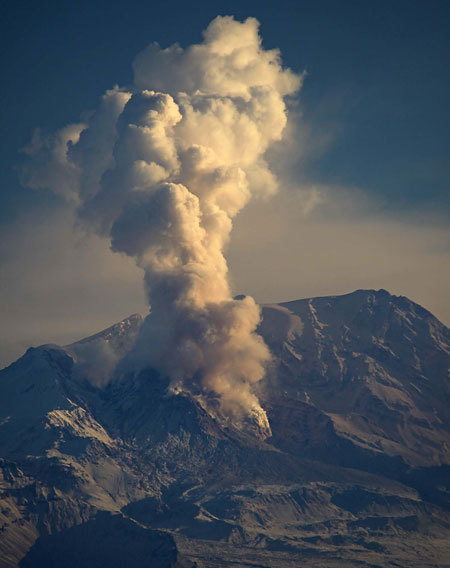 Remarks: A weak narrow gas plume with small amount of ash. According video data a weak gas plume was observed at 03:05 UTC on October 16.
Next Notice: A new VONA will be issued if conditions change significantly. (AVO)