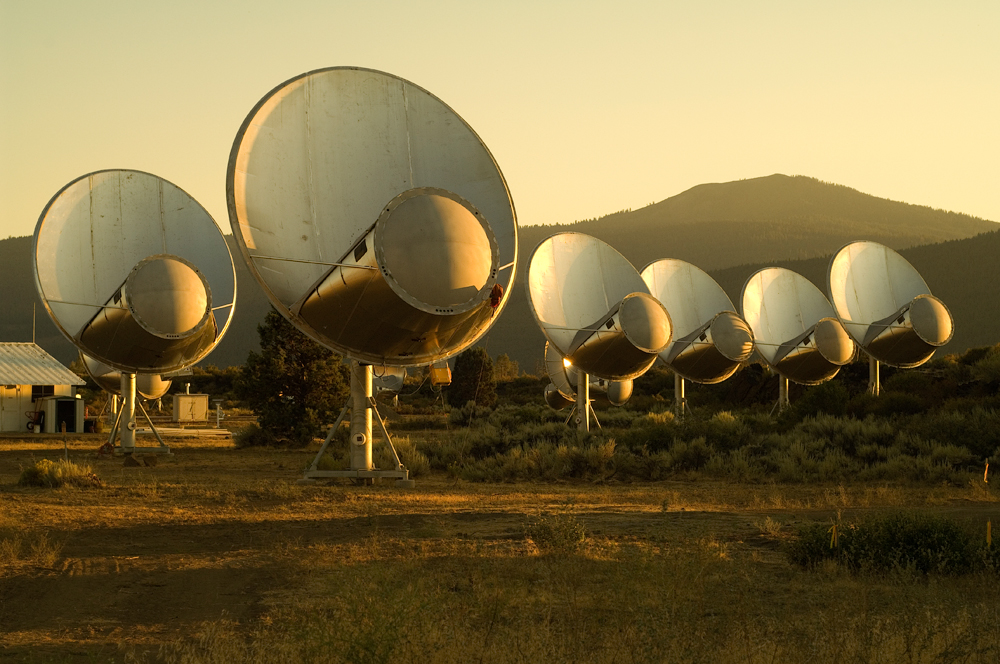 The SETI Institute’s search for extraterrestrial intelligence is back on track, thanks to more than $200,000 in donations from thousands of fans.

In April, the institute had to put its big ear for hearing E.T.’s radio call, the 42-antenna Allen Telescope Array in Northern California, into “hibernation” due to budget woes. The biggest hit was the loss of funding by the University of California at Berkeley, the institute’s partner for operating the antenna array.

The SETI Institute has been around for decades: It stepped in to help keep the search for alien radio signals active after NASA cut off funding for the quest in 1993. It’s not the only organization doing SETI, but it’s the leader in the field. The Allen Telescope Array, or ATA, was launched with $50 million in contributions from software billionaire Paul Allen and others — and if the array ever takes in 350 linked antennas, as it’s designed to do, it would rank among the world’s premier radio-telescope facilities. But in light of the financial challenges, that’s a huge “if” right now. In fact, until last week it wasn’t certain if or when the ATA would come back online.

“We think we’re going to come out of hibernation and be solid for the next five months or so, and during those five months we’re going to take care of calendar year 2013 and put that under our belt,” the institute’s chief executive officer, Tom Pierson said.

The institute is hoping that the U.S. Air Force will use the array to  track orbital objects that otherwise might pose a threat to the International Space Station and other satellites. During the daytime, the ATA could be used for the Air Force’s “debris deconfliction,” and during the night it could search for alien signals.

Eventually, astronomers at the SETI Institute hope to use the ATA to listen for signals from the most promising planetary systems identified by NASA’s Kepler planet-hunting mission.

The institute has already set up a website called setiQuest, where citizen scientists can help sift through the data expected from the ATA, and SETIstars will remain open to receive donations. (CosmicLog) 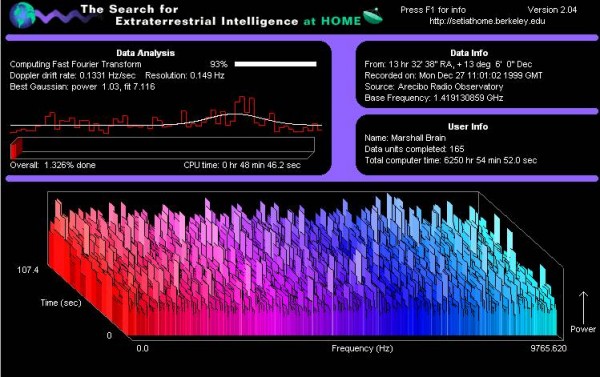 The Allen Telescope Array (ATA) is a joint effort of the SETI Institute and the Radio Astronomy Laboratory at the University of California, Berkeley. The ATA is a radio interferometer that is dedicated to cutting-edge astronomical research and a simultaneous search for signals of intelligent, extraterrestrial origin. It is being constructed at the Hat Creek Radio Observatory, 290 miles northeast of San Francisco, California and will be composed of 350 antennas at completion. The ATA advances the field of radio astronomy.

The ATA is a new, innovative research telescope with unique capabilities, including: