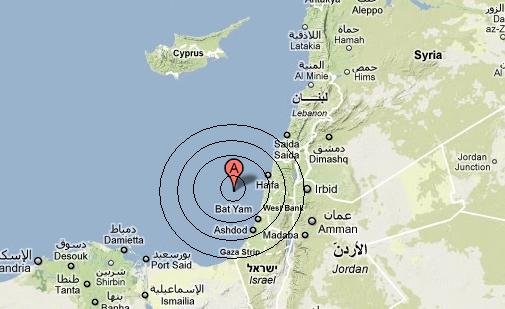 A relatively rare, moderate earthquake struck near the coast of Israel and the Gaza Strip on Sunday.

According to the Geophysical Institute of Israel (GII) and EMSC , 4.2 magnitude undersea tremor occurred at 10:52:25 AM local time and was recorded at a depth of 30km.

There have been around 25 quakes recorded in the region in the last 6 months, the majority of which have ranged between 2-4 on the Richter Scale.  A 6.1 magnitude quake struck in the eastern Mediterranean, southwest of Cyprus, on April 1st last and was felt in coastal regions of Israel.

A number of fault lines divide the Middle-east. Israel is also located in a very unstable geological zone, the Great Rift. It is one of the longest rifts in the world. Stretching 6,000 km, it starts in northern Syria and ends in eastern Africa in central Mozambique.  The Dead Sea Rift” (sometimes referred to as the Jordan Rift Valley) is located in modern-day Israel, Jordan and the Palestinian territories.

In May of this year Dr. Ron Avni, a geology professor at Ben Gurion University said that Israel must better prepare itself for a possible strong earthquake in the future.  He suggested that legislation should implement the national planning guidelines for seismic strengthening of buildings across the country. 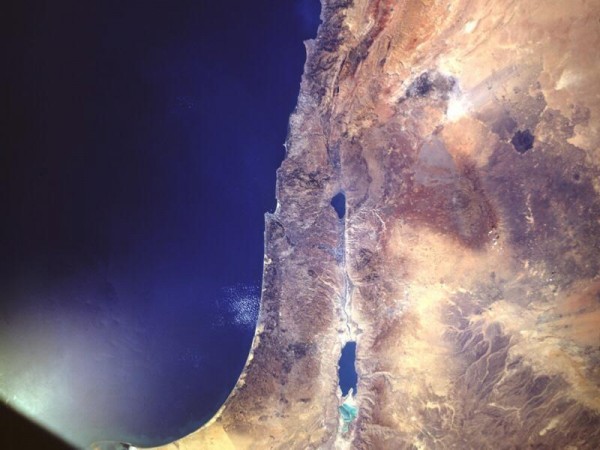