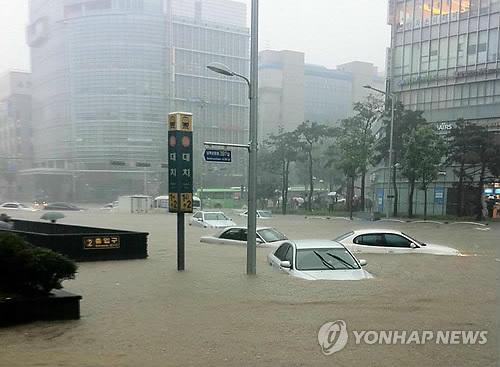 The heaviest downpours in a century pounded Seoul and its surrounding areas on Tuesday and Wednesday, killing at least 36 and triggering multiple landslides, urban traffic chaos, power outages and flooded streets, roads and residential areas.

The National Emergency Management Agency said in its official damage assessment that the death toll tallied at 36 as of 11 p.m. is expected to further rise, as dozens remained missing in flooded streams and landslides during the two-day downpours nationwide. 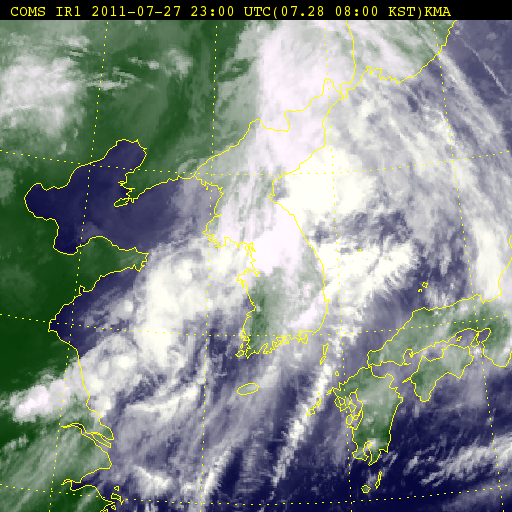 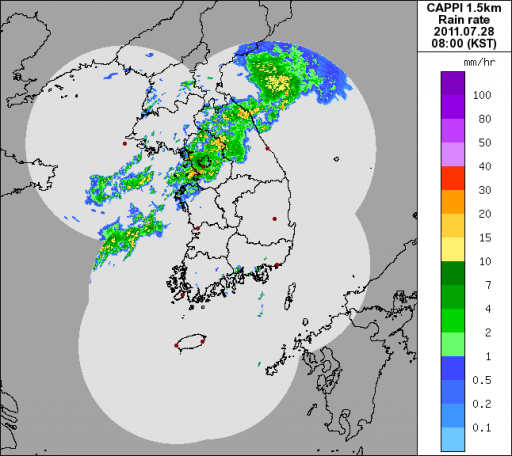 A landslide caused by torrential rain swept away a pension and four residential buildings near Chuncheon, about 85 kilometers east of Seoul, early Wednesday morning, killing 13 people and injuring 26 others, emergency rescue officials said. In a separate landslide disaster, dozens of houses in hillside villages near the southern tip of Seoul were buried under mud swept from nearby Mount Umyeon around 9 a.m., claiming the lives of at least 17 residents, officials said. 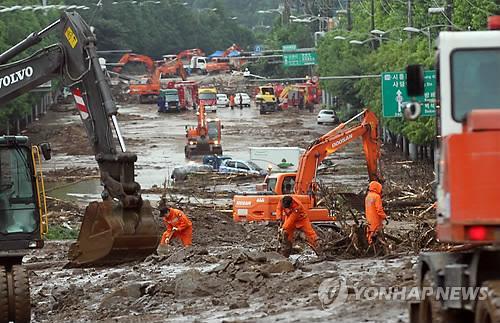 A tributary of the Han River running through Gonjiam, about 50 km southeast of Seoul, overflowed Thursday afternoon, killing seven people. A landslide in Paju, just north of Seoul, brought down the roof of a factory, leaving three workers dead and two others injured, according to media reports. Rescue workers are still searching for victims from the landslide, which occurred just after midnight near the Soyang River Dam resort, said the officials. 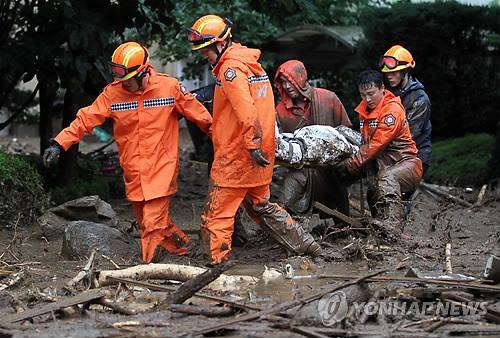 The Korea Meteorological Administration (KMA) said downpours tallying more than 110mm of rain per hour, a record volume witnessed once or twice in a century, were recorded in the country’s central and southern areas, as well as in the Seoul metropolitan area. The precipitation in Seoul between Tuesday and early Wednesday morning exceeded 400mm, the KMA said, adding that up to 250mm of rain coupled with thunder and gusts are expected through Friday. Officials at the Seoul Metropolitan Government said flooding was reported in streets, subway stations, underground walkways and residential districts throughout the capital city, while several landslides occurred in the city’s hilly areas. 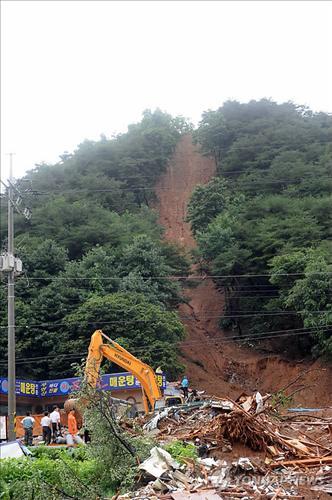 A number of flooded main roads in downtown and southern Seoul were closed to traffic, while a motorway linking Seoul to southern Gyeonggi Province was closed due to a landslide. Downpours were particularly severe in the areas south of the Han River, where a large number of intersections and neighborhoods were submerged in knee-deep water.

Flooding is caused by a combination of several factors, including topography and streams. Basically, however, the precipitation volume is the biggest factor. About 60 households in Seoul’s Seocho district were isolated due to a landslide. (YonhapNews)