Men walking or cycling usually cover their mouths with masks or scarves to keep out the dust. Women clasp blue burkhas to their faces. The city’s primitive and over-stretched hospitals are forced to treat ever increasing numbers of people with respiratory problems. The figures are stark. Around 3,000 people per year die of air pollution in Kabul, the National Environment Protection Agency said last year. By comparison, the United Nations says that 2,777 civilians were killed in the war across Afghanistan in 2010. 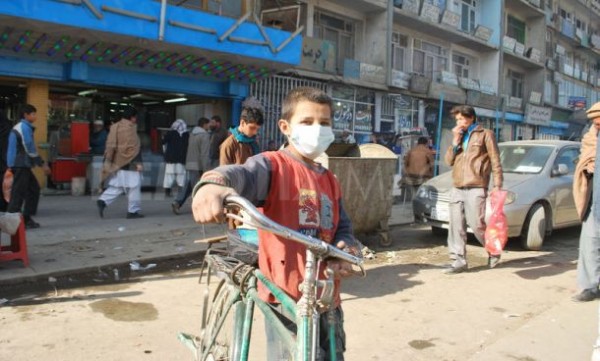 There are several main causes of air pollution, but underpinning them all is Kabul’s rapid expansion as people fled to the capital in search of relative stability amid fighting in many rural areas. The city was designed for about one million people but is now home to around five million, a figure which the Kabul municipality says has doubled in six years.

Many of the new arrivals live in illegally built slum homes and Kabul’s infrastructure struggles to cope. The city’s roads are usually jammed with old and poorly maintained cars imported illegally from countries like Canada, Germany and the United States, often spewing out fumes which are the by-product of poor quality fuel. Many of the roads are unpaved, meaning that when the cars can move, they throw up dust which adds to the poor air quality.

Households often rely on diesel generators for electricity, while businesses like brick factories and public baths also use them. During bitterly cold winters, local people often burn anything they can get hold of, including old tyres and plastic, as they struggle to keep warm. 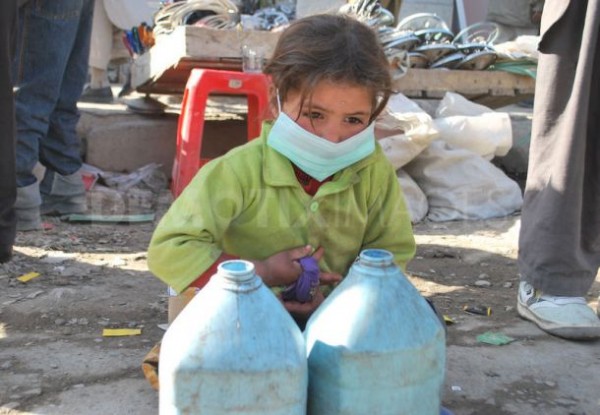 The health ministry estimates that the number of Afghans suffering from respiratory problems has trebled over six years to around 480,000. Officials admit they are finding it hard to get on top of the problem given the magnitude of issues facing Afghanistan after three decades of war and nearly 10 years after the 2001 US-led invasion brought down the Taliban.

Last year, they made Thursdays official holidays in Kabul – in addition to Fridays – in a bid to reduce air pollution. A resolution has also been passed to ban businessmen importing old cars. The mayor’s office insists the move has had a “very good effect” in stopping pollution getting worse but could not provide any figures.

The country was at war for the past 30 years and there was very little control over the environment, there was no environmental protection at all. Doctors warn that unless action is taken, Kabul faces serious problems. If air pollution keeps rising the way it is now, Afghan people will face a health disaster in the near future. (TerraDaily) 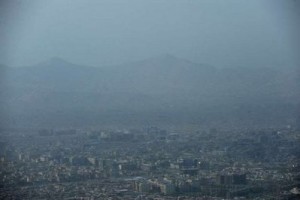 According to Afghanistan’s National Environmental Protection Agency, the level of nitrogen dioxide (NO2) was 52 ppm (parts per million) on an average day in Kabul in 2008. The U.S. EPA national air quality standard is .053 ppm.

According to the U.S. EPA, exposure to NO2, SO2 and other particulate matter negatively affects the respiratory system, damages lung tissue, and can cause cancer and premature death. The elderly, children and people with chronic lung disease, influenza or asthma tend to be especially sensitive to the effects of particulate matter. (NPR)