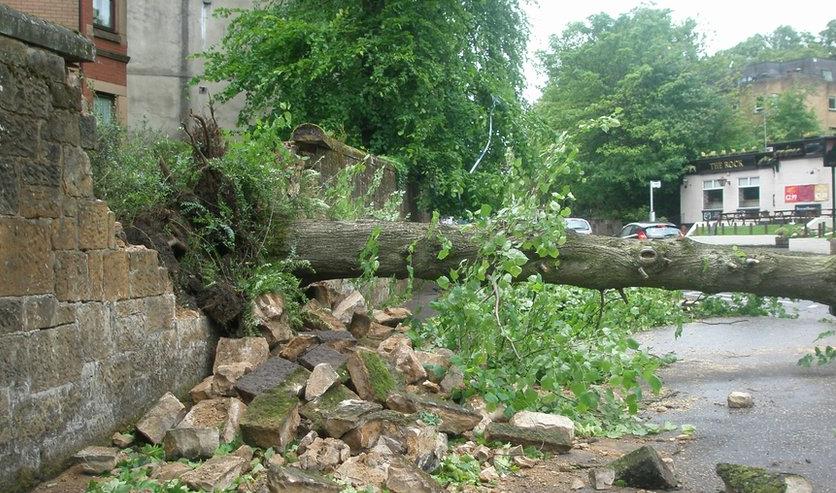 An ambulance transport car collided with a lorry on the A9 in Perthshire when it swerved to avoid a fallen tree. In Tayside, a man and a woman were trapped in a car when a tree was blown down onto the vehicle.

Emergency services urged people to take extra care on the roads and to secure any items that could be blown away in gusty weather. Trees and branches were blown down across the region, particularly in Perthshire, with some roads being forced to close. The Tay Road Bridge between Dundee and Fife was shut to high-sided vehicles. Northern Constabulary said many routes were affected by falling debris, branches and trees. The A82 was closed at Ballachulish, one mile south of Glencoe, with other roads facing disruption. 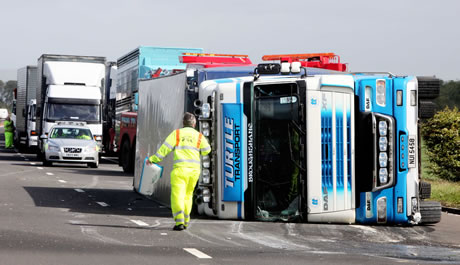 Lothian and Borders Police said trees and temporary traffic lights had been brought down by high winds in Edinburgh. Motorists were earlier advised that parts of Scotland could be battered by winds of up to 80mph.

The Met Office issued a weather warning for “exceptionally windy weather”, particularly across the central and southern parts of the country. The possible impact of the severe winds was also raised at a meeting of Scottish Government’s emergency committee.

The wind speeds recorded were “exceptional” for this time of year. The wind speeds are really just peaking across central and southern parts of Scotland. Speeds recorded in and around Edinburgh have reached around 67mph, and further up the east coast in Leuchars, Fife, we have recorded 70mph. There are strong winds being recorded on slightly higher ground, in Glenogle for instance, which is about 500 metres up, it had actually seen wind speeds of 100mph. (DailyRecord) 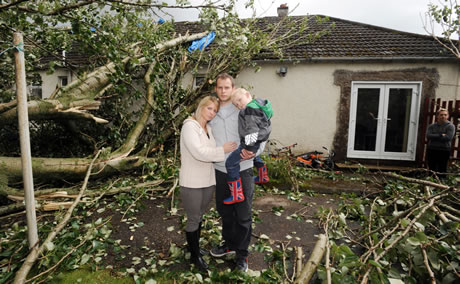 A mammoth clean-up began yesterday as Scotland reeled from a ferocious battering by gale force storms. Winds of up to 114mph hammered the country on Monday, killing one man and leaving more than 40,000 homes without power and thousands stranded. Hundreds of power workers worked throughout the night and well into yesterday in a bid to end the blackout up and down the country.

A 36-year-old man died after a tree fell on his car in Balloch, West Dunbartonshire. A Fife man was treated in hospital for head injuries after being hit by a falling tree while trying to help schoolchildren whose bus was halted by a tree blocking the road. A lorry driver was trapped in his vehicle after it overturned on Lewis in the Western Isles. He had to be cut from the wreckage.

The Tay and Forth bridges were closed and numerous ferry services cancelled. Edinburgh’s Princes Street Gardens were closed on Monday for safety reasons but partially reopened yesterday afternoon. Five people were airlifted to safety by the duty crew at HMS Gannet in Prestwick.

The miserable conditions are set to continue for at least the rest of the week. (DailyRecord)