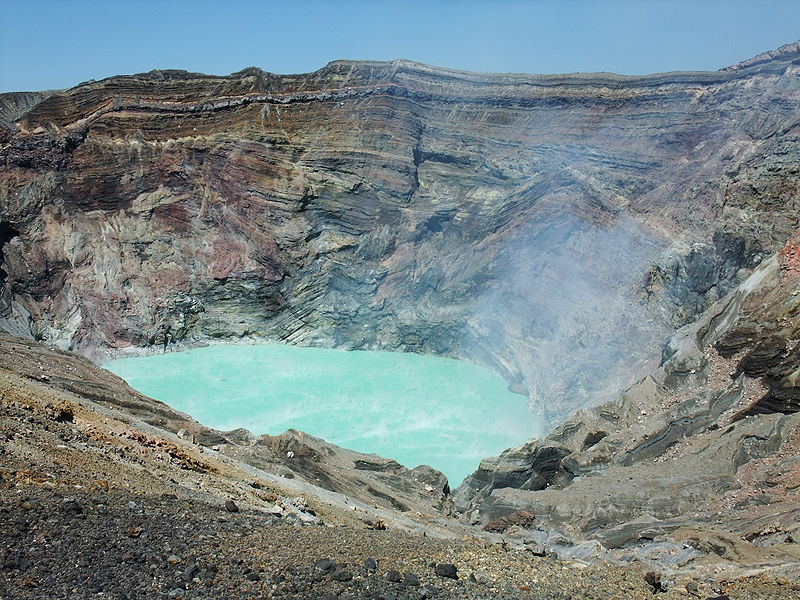 The Meteorological Agency on Monday raised the volcanic alert level for Mount Aso from 1 to 2, prompting local authorities in Kumamoto Prefecture to ban entry to areas within 1 km of the crater of Mount Naka, one of five peaks in the active volcano’s central cone group.

The alert includes a warning for rocks ejected from Mount Naka in the off-limits areas.

The move came after the mountain belched a small amount of volcanic ash Friday and experienced a small eruption Sunday.

On Monday, a small eruption and a 500-meter-high column of volcanic smoke were observed at around 10 a.m. (TheJapanTimes) 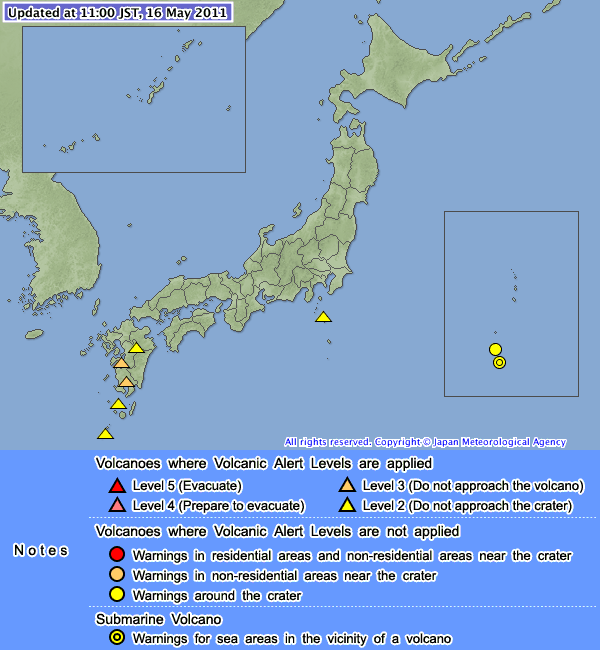 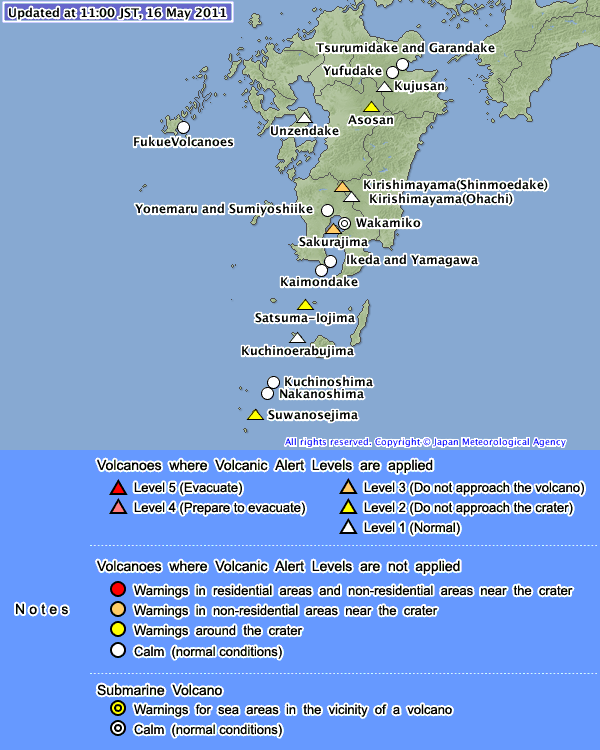 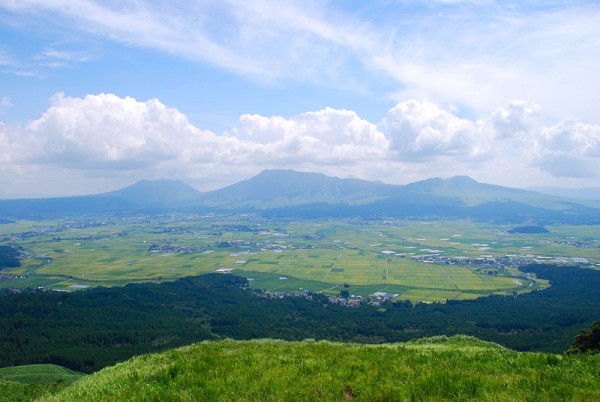 Mount Aso (阿蘇山 Aso-san) is the largest active volcano in Japan, and is among the largest in the world. It stands in Aso Kujū National Park in Kumamoto Prefecture, on the island of Kyūshū. Its peak is 1592 m above sea level. Aso has one of the largestcaldera in the world (25 km north-south and 18 km east-west).  The caldera has a circumference of around 120 km (75 miles), although sources vary on the exact distance.

The present Aso caldera formed as a result of four huge caldera eruptions occurring over a range of 90,000–300,000 years ago. The caldera, one of the largest in the world, contains the city of Aso as well as Aso Takamori-cho and South Aso-mura. The sommaenclosing the caldera extends about 18 km east to west and about 25 km north to south. Viewpoints from the somma overlooking the caldera are perched upon lava formed before the volcanic activity which created the present caldera.

Ejecta from the huge caldera eruption 90,800 years ago covers more than 600 km³ and roughly equals the volume of Mt. Fuji; it is presumed that the pyroclastic flow plateau covered half of Kyūshū