A 6.1 earthquake has struck off the coast of Panama at the shallow depth of 10 km. This, once again, affirms our warnings about the growing dangerous dynamism and tension around the Cocos Plate, Baja California and the Caribbean Plate. In the meantime, heightened seismic activity has been detected around the Virgin Islands, Puerto Rico, and recently with double quakes striking the Gulf of California, north of Baja. Outside of the Pacific Ring of Fire, this is currently one of the most seismically-stressed regions on the globe. (TheExtinctionProtocol) 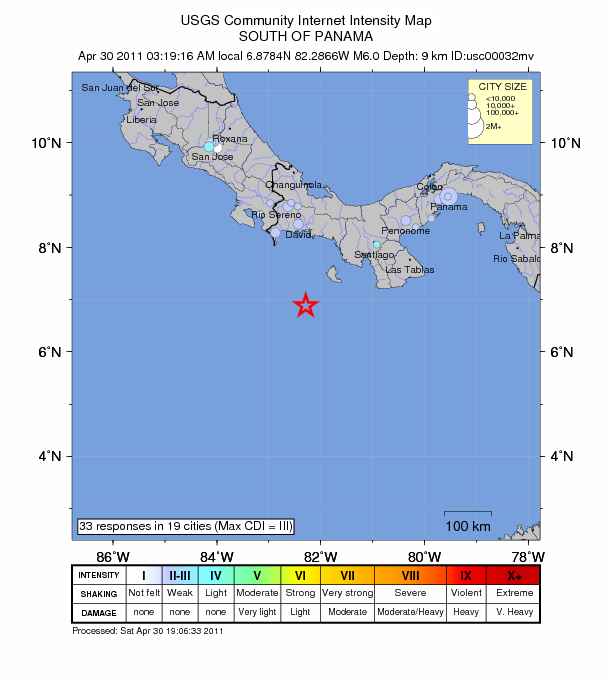 Two faults that run through central Panama have ruptured both independently and in unison over the past 1,400 years, suggesting that Panama City and the Panama Canal face a significant seismic risk. That conclusion followed a seismic hazard study undertaken as part of an ongoing expansion of the Panama Canal to allow for larger ships.

Researchers studied the Limon and Pedro Miguel faults and found that both are seismically active and have relatively short recurrence rates for large earthquakes. Recurrence rates are estimates of how frequently quakes are likely to hit a given area.

The Pedro Miguel fault actually runs between two of the locks on the Panama Canal. This fault last ruptured in 1621, resulting in a devastating earthquake. That earthquake resulted in nearly 3 metres of displacement where the fault crosses the canal. Another such earthquake today could have dramatic effects. The Pedro Miguel fault’s location and rate of activity should be taken into account in the expansion of the Panama Canal and its new lock system.

The researchers say they found evidence that both the Pedro Miguel and Limon faults may have failed at the same time around 700 AD.

As Panama City lies only a few kilometers from the Pedro Miguel fault, renewed activity on this fault could cause substantial damage to structures that were not designed for strong shaking. (CBC) 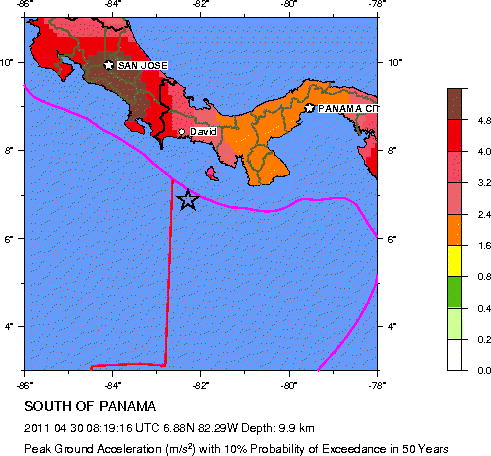