Doomsday Odds Not Good for Humanity

The world as we know it is likely to end within 90 years, and human civilization has only a 50 percent chance of surviving until 2100 without being hit by a manmade catastrophe, according to two of the world’s most respected scientists.

The U.K.’s Astronomer Royal Martin Rees made part of the dire prediction during a debate at the Edinburgh International Science Festival. Beyond the tangible threat of a terrorist nuclear attack on a major city, the eminent astrophysicist points to climate change and overpopulation as the world’s leading manmade perils. 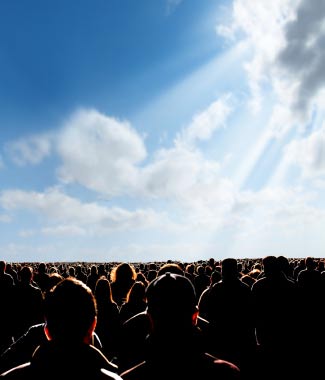 But Astronomer Royal for Scotland, John Brown, cautions that the planet is somewhat overdue for an asteroid impact. He also fears electromagnetic solar storms that could “fry” electronics in orbit and on the ground.

“Suppose they knocked out a quarter of the world’s power supplies — that would create a potential threat to millions of people,” Brown told the gathering.

Such an event could cripple the modern devices that have become crucial to human survival and commerce. (EarthWeek)