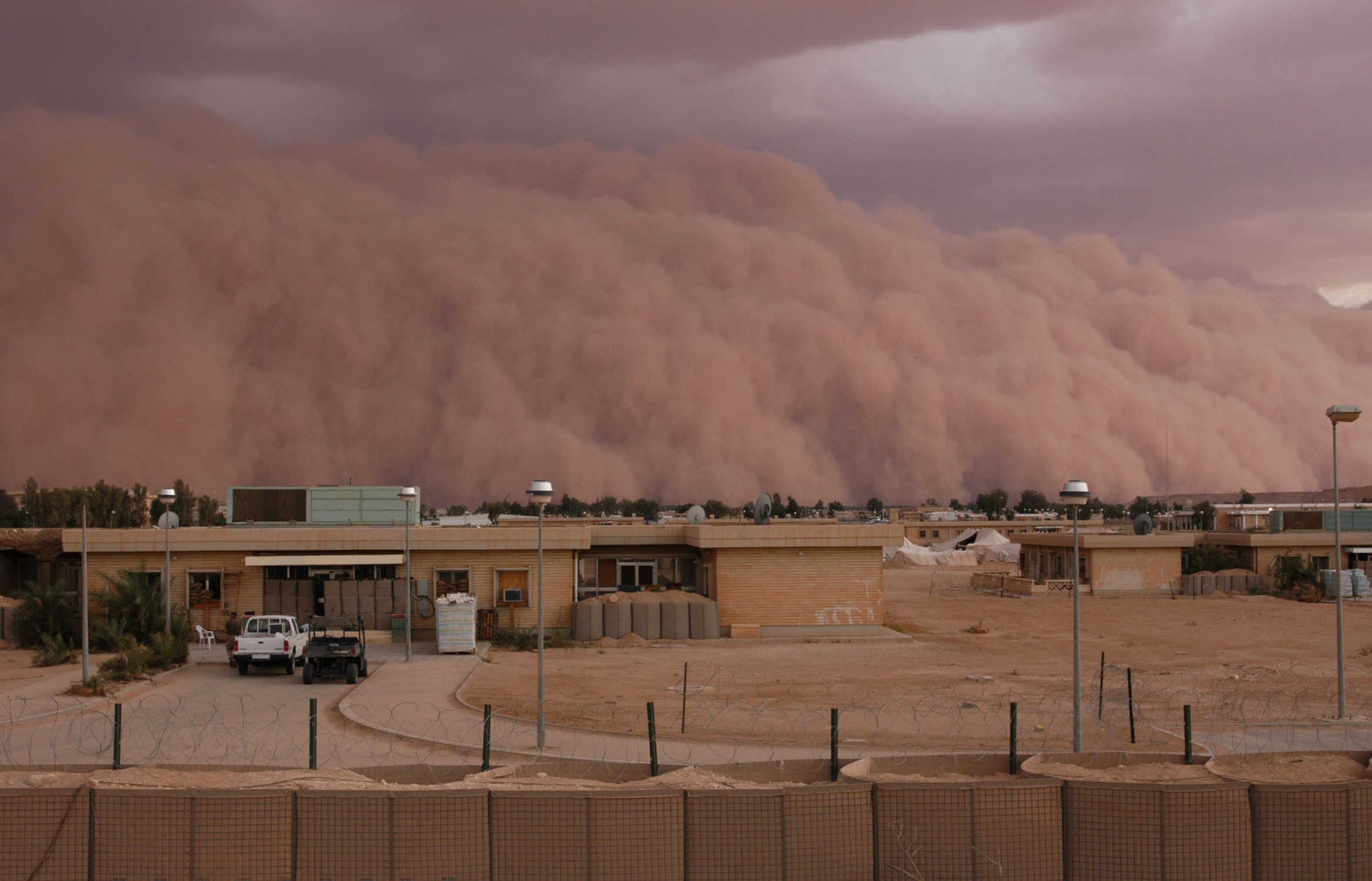 The Kuwait Petroleum Corp. also advised incoming ships to hold off on docking, the official Kuwaiti news agency KUNA reported. A top oil official, Sheik Talal al-Khaled, said some maintenance work at refineries was halted as a precaution. But he said supplies to domestic and foreign customers will not be noticeably affected. 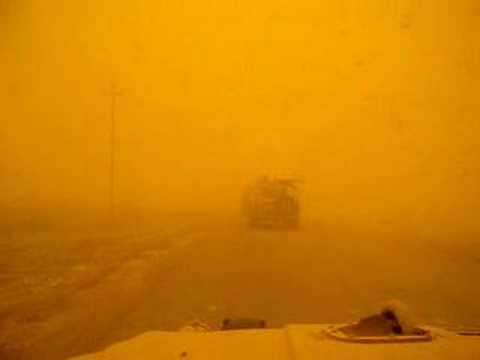 Kuwait’s current intensive dust is expected to abate early Thursday, with slight horizontal visibility to improve to 500-800 meters. Gradual deposition and improvement in horizontal visibility are anticipated to take place in the wee hours of Thursday. But, this dusty storm is most likely to come to a complete end Thursday tonight.

It also expected people to have a calm weekend following this dusty wind, urging them to follow up weather forecasts in order to be cautious about looming weather changes. For his part, renowned astronomer Saleh Al-Ujairi described this dusty wind as very normal at this time. Speaking to KUNA, he warned chest patients and seamen to be very cautious.

Director of the National Meteorological Center Mohammad Karam attributed the instability of weather to the approaching of storms season, locally known as Al-Sarrayat, which starts usually in mid April. (KUNA)

“The country will be exposed during this period to generally southeastern/northwestern wind with speed ranging between 30 and 55 km/h.; sea waves will be 4-7 m high and visibility at the Kuwait airport area will range between 1,000 and 1,500 meters,“ 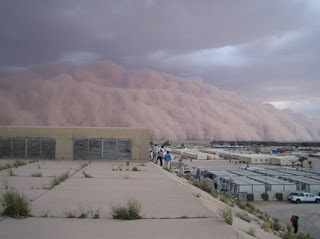 There are two types of sandstorms: one that blows from the neighboring deserts in Iraq and Saudi Arabia, and the other kind which blows from far off zones, which are more powerful. Al-Sarrayat is air depressions formed by thermal heating at the end of spring and early summer, and cause of the high temperature and relative humidity.