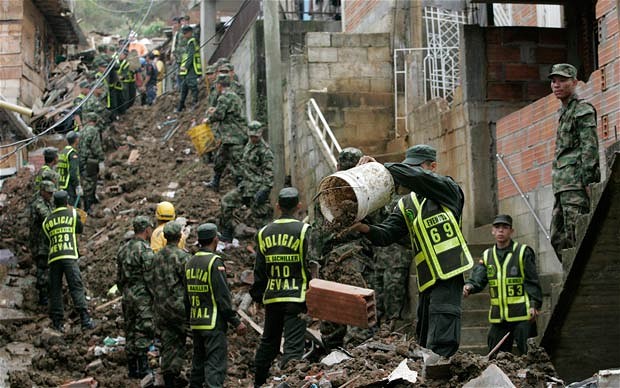 As many as 200 people may have been buried in a landslide that swept over houses near Medellin, Colombia’s second largest city. The landslide struck the La Gabriela district of the town of Bello near Medellin, 250 miles northwest of the capital Bogota. The landslide buried 10 houses, each of then with three stories. About 300 residents of the neighbourhood rushed to search for missing friends and many tried to help rescuers pull away the rubble. Bello lies in a valley and many poor neighbourhoods of sometimes precariously-built houses are stacked up the mountainsides where they are highly vulnerable to bad weather. President Juan Manuel Santos is facing a state of emergency.

Colombia has been lashed in recent weeks by heavy rains that have left at least 176 people dead and 225 injured, as well as 1.5 million people homeless nationwide. And in neighbouring Venezuela to the east, driving rains have triggered flooding and cave-ins that have killed 34 people over the past week and left an estimated 90,000 people homeless nationwide. The non-stop storms are being blamed on atmospheric disturbances from La Nina, a phenomenon in which cooler-than-normal water circulates in the Pacific Ocean around the equator. (Telegraph) 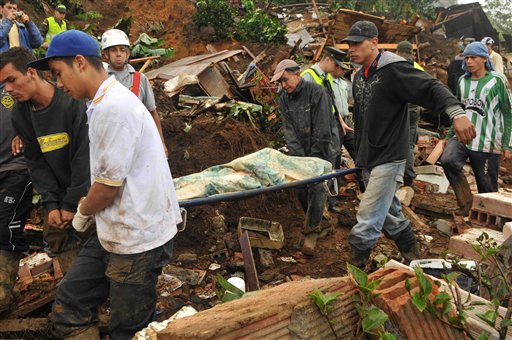 Landslides and floods have killed at least six people, injured four others and hundreds have been evacuated in Colombia. Medellin and Antioquia have endured some of the most serious damage. The government is still in the process of providing aid and support for more than 3 million victims of the 2010 rainy season, which caused problems throughout the nation. (UPI)

Local authorities in the southwest department of Cauca issued a preventive red alert warning on Tuesday night for residents along the department’s river banks after heavy rains. According to the Regional Committee for Disaster Prevention and Response the measure includes, among others, the decisions to organize a plan of action for emergency care and a technical review of infrastructure in the area, particularly pedestrian and vehicle bridges. In addition, temporary accomodation will be set-up for potential victims of flooding in 13 of the 41 municipalities within Cauca. 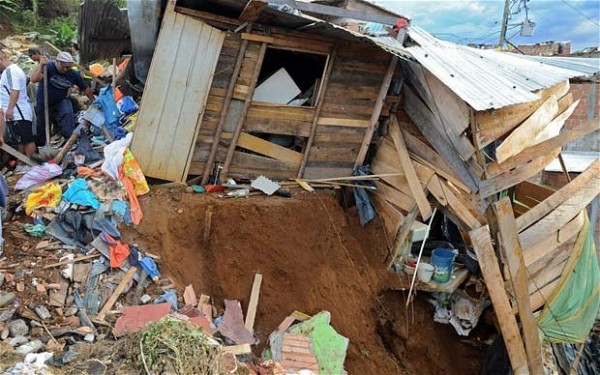 On Monday, a massive landslide destroyed several homes in the rural area of Tacueyo, in village of La Playa in the Cauca department after the Palo River burst its banks. Two hundred families were evacuated prior to the disaster. The landslide is said to be moving toward the areas of El Palo and Guachene, forcing officials to advise inhabitants to leave their homes in order to avoid any casualties. This was one of several natural disasters to occur over recent days with five people having been killed in the southwest department of Nariño on Monday and a further four in Medellin on Sunday. Last week, the Committee for Disaster Prevention and Treatment in the city of Bucaramanga, northeastern Colombia, also issued red alert following heavy rains in the region. Authorities in large parts of the country are on the highest alert for landslides and floods after last year’s rainy season killed 310 Colombians. (ColombiaReports)