A huge filament of magnetism and hot plasma blasted off the sun's southwestern limb on March 19th around 1200 UT. The eruption was not Earth-directed, but it did attract plenty of attention on our planet. Many amateur astronomers in Europe witnessed the blast and said it was the biggest one they'd ever seen. This event continues the recent trend of increasing solar activity, and shows anew that Solar Cycle 24 is gaining steam after a long period of relative quiet. (SpaceWeather) 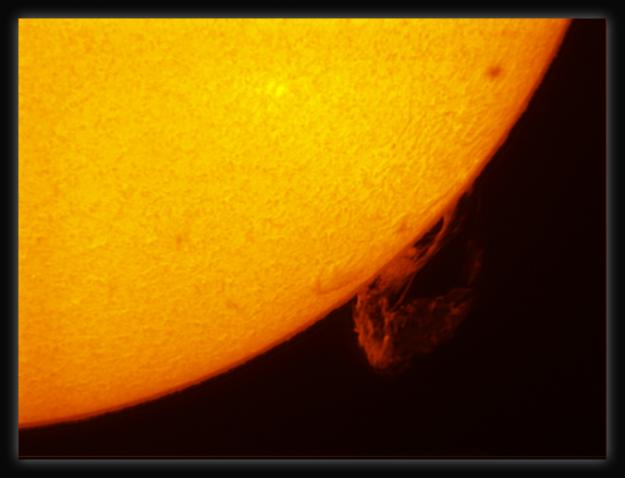 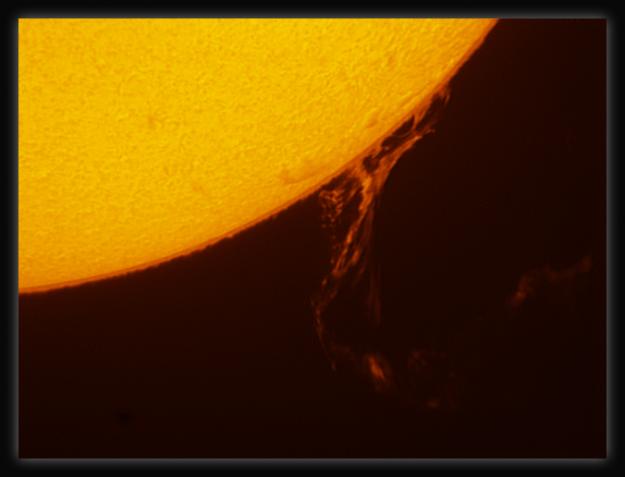 Martin Titheradge set up just in time to witness a large prom erupting on the suns SW limb. A fantastic sight. (Pst and Dmk21)

Solar Activity Forecast:
Solar activity is expected to be at predominately very low levels with a chance for C-class events for the next three days (21 - 23 March). A slight chance for isolated M-class activity exists all three days due to the return of old Regions 1165 late on 21 March and 1164 (N24, L=179) late on 22 March.

Geophysical Activity Forecast:
The geomagnetic field is expected to be at predominately quiet levels for days one and two (21 - 22 March). By midday on day three (23 March), a small coronal hole high speed stream is expected to rotate into a geoeffective position. (SolarCycle24)