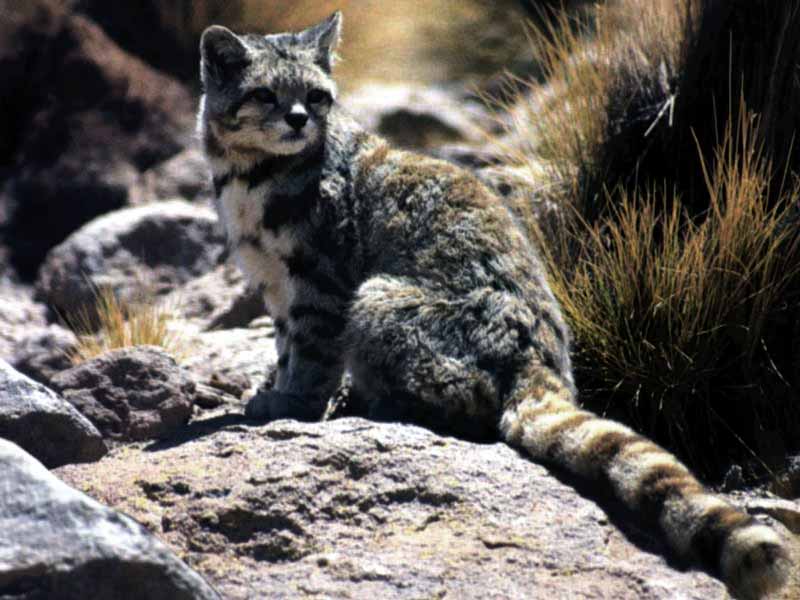 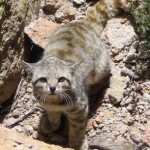 It was believed the Andean cat lived only at and above elevations of 3,000 meters (9,800 feet), among the rocky slopes of the high Andes. Survey triggered by footage of two Andean cats from 2004 in the foothills of Argentina show evidence of the cats at elevations as low as 650 meters (2,100 feet) in the Patagonian steppe region. A new population of the Andean cat, a house cat-sized feline thought to live exclusively in the high mountains of South America, has been discovered at lower elevations, extending the range of the endangered and elusive species.

“These confirmed records show the lowest elevations ever reported for the Andean cat,” said the Wildlife Conservation Society’s Andres Novaro, lead author of the study, adding that, according to genetic analysis, “this new population appears to represent an evolutionary lineage distinct from the highland population.”

The research team surveyed approximately 31,000 square kilometers (12,000 square miles) of Argentina’s Mendoza and Neuquén provinces from 2007 to 2009. The team collected samples from several locations that included scat, skulls and skin, all of which were confirmed using DNA analysis to belong to Andean cats. In addition, the researchers conducted surveys with inhabitants of the region.

The Andean cat’s range extension coincides with the known distribution of the mountain vizcacha, a rabbitlike rodent that inhabits both the Andes Mountains and Patagonian steppe and is the Andean cat’s primary prey.

As few as 2,500 Andean cats survive throughout the cats’ entire range, according to the WCS. Threats to the newly discovered population of Andean cat include goat herders who assume the felines are preying on their livestock, oil exploration activities that destroy habitat, and new roads that open up formerly inaccessible areas to poachers. (OurAmazingPlanet)