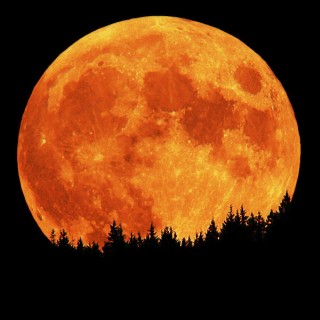 If you look at eastern sunset on March 19th you will see a full Moon called "perigee moon".

Moon's orbit is oval shaped that results with variations of observed size of full Moon. The orbit of Moon is ellipse that called perigee from closer side and apogee from other side. The perigee Moon is about 50 000 km closer to Earth and it looks 14% bigger and 30% brighter to Earth than apogee Moon. But it's hard to figure it out for naked eye. The Moon looks extra-big when it is beaming through foreground objects, effect caled "the Moon illusion". The best time to look is when the Moon is near the horizon. That is when illusion mixes with reality to produce a truly stunning view.

The full Moon of March 19th occurs less than one hour away from perigee what would be a near-perfect coincidence that happens only 18 years or so. Less-perfect perigee moons occur more often. In 2008, for instance, there was a full Moon four hours from perigee. Many observers thought that one looked great, so the one-hour perigee moon of 2011 should be a real crowd pleaser. (NASA Science)

On March 19, the Moon will be at perigee –about 354,000 km away. However, on that date it will also be full, and this has an effect on tides. A perigee fool Moon brings "perigean tides" that everyone speaking as of extra-high tide. We are talking about few centimeters (an inch or so) higher than usual. At most on some specific locations due to geography it can amplify the tide to about 15cm (6inches) – so there is nothing to worry about, the Moon will not bring massive floodings.

Indeed, contrary to some reports circulating the Internet, perigee Moons do not trigger natural disasters. The "super moon" of March 1983, for instance, passed without incident. And an almost-super Moon in Dec. 2008 also proved harmless.

There are lots of claims on various blogs and websites that associated perigee moon with Indonesian earthquake and hurricane Katrina that are completely untrue.The Indonesian earthquake happen on December 26, 2004 when full Moon was near apogee and it was full on 27th. Katrina happen on August 24, 2005 shortly before Last Quarter of Moon phase.

Moon raises ocean tides as well as tides in litosphere. These tides are small, around 30 cm compared to the ocean tides of a meter or more. However, these small earth movements, stretching and relaxing as the tidal bulge travels around the world, might be enough to set off an earthquake that was all ready to go in the first place. There is some evidence that full Moons are weakly associated with shallow earth quakes (a less than 1% increase for these kinds of quakes).

For the end it would be appropriate to quote a closing word from BadAstronomy blog in article No, the “supermoon” didn’t cause the Japanese earthquake (BAdAstronomy) that says:

The earthquake in Japan — and other natural disasters likely to happen in the next few days, weeks, and months — are terrible tragedies. We’re not making it any better by panicking over something we know isn’t real. In the long run, and even the short term, it’s science that will help us learn about these events, understand them better, and save lives. Keep a level head, think rationally, and do what you can to be prepared and to help if and when the time comes.

What Will the SuperMoon Look Like? (Accuweather)
Biggest Full Moon in 19 Years Will Make Your Night Brighter, More Romantic Than Usual (PopSci)
Superfull Moon (NASA Science News)
No, the “supermoon” didn’t cause the Japanese earthquake (BAdAstronomy) 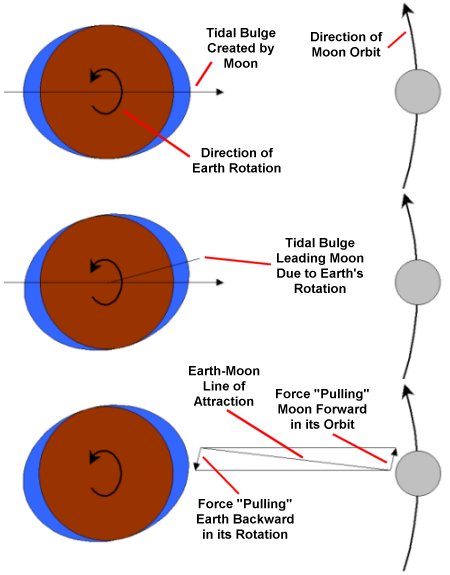