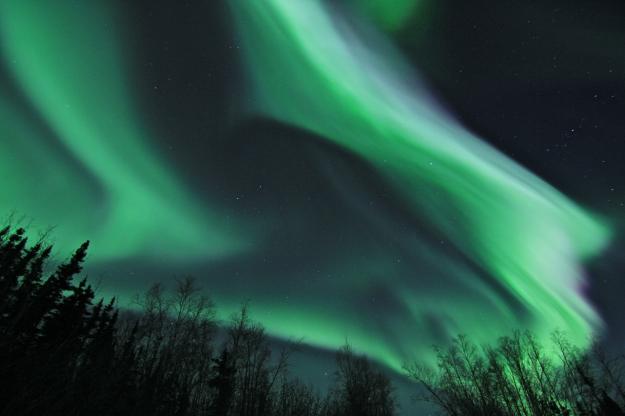 A coronal mass ejection (CME) hit Earth’s magnetic field on March 10th around 0630 UT. The impact, albeit weak, did provoke geomagnetic activity around the poles.

Newly-arriving coronagraph data from the Solar and Heliospheric Observatory show no bright CME emerging from this eruption. Some material was surely hurled in our direction, but probably not enough for significant Earth-effects.

After four years without any X-flares, the sun has produced two of the powerful blasts in less than one month: Feb. 15th and March 9th. This continues the recent trend of increasing solar activity, and shows that Solar Cycle 24 is heating up. NOAA forecasters estimate a 5% chance of more X-flares during the next 24 hours. (SpaceWeather) 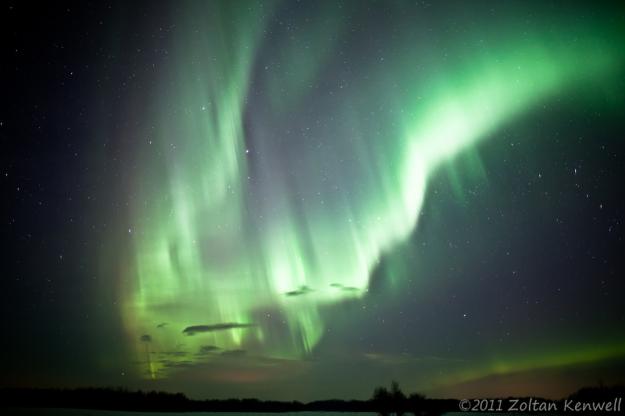 The earth’s magnetic field (Bz) has been tilting sharply south on Friday afternoon and this could help stir up minor geomagnetic storming conditions. Be on the lookout for Aurora at high latitudes.

A VHF Aurora Opening is in progress. Many stations are being worked on 6 Meters  in the northern parts of North America and the DX Cluster also indicates AU contacts also being made in Northern EU.

Both Sunspots 1164 and 1165 have rotated onto the western limb and out of direct earth view. The main features on the visible solar disk today are big sunspot 1166 which is capable of producing atleast M-Class flares and Sunspot 1169 which is located just to the east of 1166.

The ACE Spacecraft detected a minor shock from an incoming CME during the early hours Thursday morning. The solar wind increased somewhat and the Bz was tilting sharply south and this did stir up very minor activity at high latitudes. (SolarCycle24) 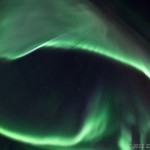 Solar Activity Forecast:
Solar activity is expected to be moderate with a slight chance for an X-class x-ray event from Region 1166 or 1169 for the next three days (11-13 March).

Geophysical Activity Forecast:
Geomagnetic activity is expected to be unsettled to active for the next three days with a slight chance for minor to major storm conditions at high latitudes. Lingering effects from the CME passage are expected on days one and two (11-12 March) and a recurrent coronal hole high speed stream is expected to become geoeffective on day three -13 March. (SWPC Solar Activity Report and Forecast)

The K-index is a code that is related to the maximum fluctuations of horizontal components observed on a magnetometer relative to a quiet day, during a three-hour interval. The conversion table from maximum fluctuation (nT) to K-index, varies from observatory to observatory in such a way that the historical rate of occurrence of certain levels of K are about the same at all observatories. In practice this means that observatories at higher geomagnetic latitude require higher levels of fluctuation for a given K-index.