A deep cyclone with estimated pressure below 970 hPa is bringing intense snowstorms and blizzard conditions to northwest Iceland on September 28, 2021. Bad weather is expected to continue through Wednesday, September 29.

Blizzard conditions are expected in the north- and west parts of the country today, with a severe blizzard in the Westfjods and Strandir and severe to whole gales at Breidafjordur and on southern Snæfellsnes, according to the Icelandic Met Office (IMO).1

Northwest winds up to 90 km/h (56 mph) and considerable or heavy snow with blowing snow and poor visibility are expected in the NW.

People are advised to secure their neighborhood and traveling is not advised while the weather warning is in effect.

Higher sea levels are anticipated due to storm surge. 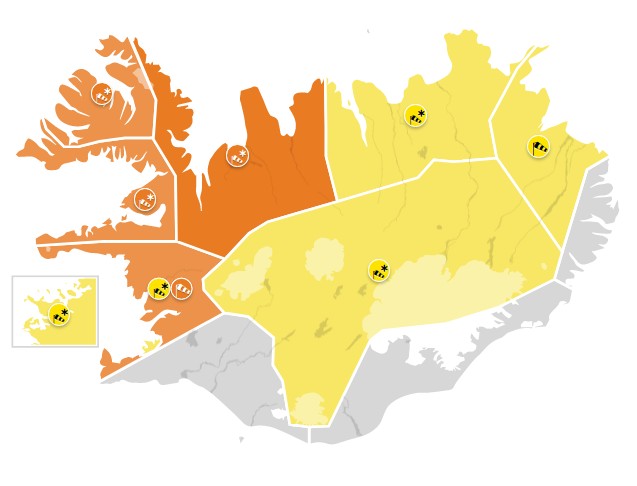 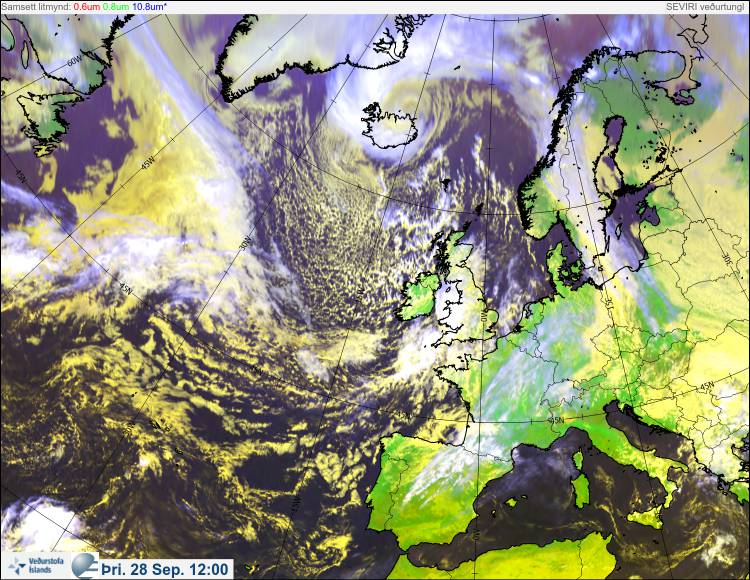 The national police commissioner has declared a civil protection uncertainty phase in Northeast Iceland, West Iceland, and the West Fjords.2

As a result of the severe weather outlook, rescue teams are on standby in many parts of the country.

Rescue workers were already called out in North Iceland and West Fjords on September 27 after numerous cars ended stuck in the snow. Property damage was reported due to strong winds and at least one dock came loose.

Davíð Már Bjarnason, media representative for ICE-SAR, states that special vehicles for transport in snow and modified rescue team vehicles have been transported from Southwest Iceland to the West Fjords to be ready in case they’re needed. 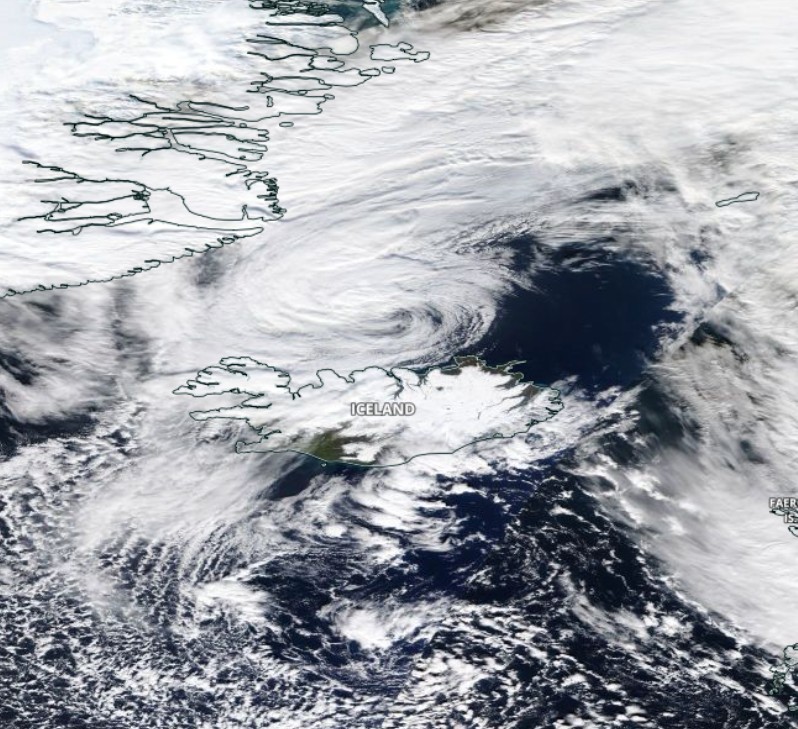 "The central pressure should push even below 970 hPa by noon Tuesday, while the low will keep moving northwest along northern Iceland until the afternoon hours tomorrow," Marko Korosec of Severe Weather Europe noted.3

"This will increase the wind field around the low, becoming particularly significant across northern and northwestern Iceland during the second half of the day into Tuesday night.

"Quite a lot of moisture coming up north with the rapidly intensifying surface low will be in place as well, combining with the much colder weather spreading south towards the low. This will create heavy to locally very heavy (orographic) snowfall across northern Iceland." 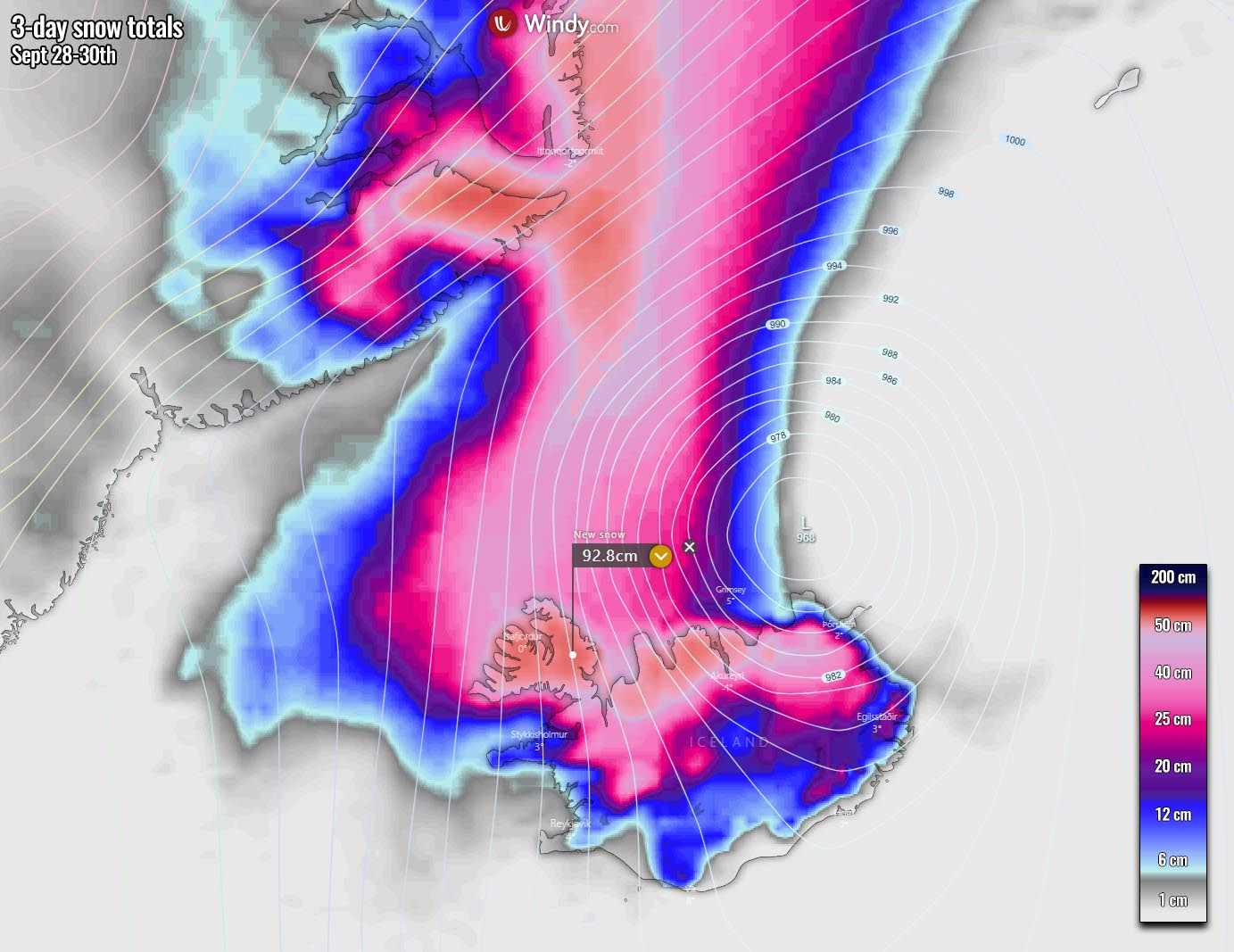 "As the wind field will also be strong, the combination of both will result in dangerous snow blizzard conditions in these parts of Iceland," Korosec said.

"Whiteout conditions and major snow drifts are quite likely to be generated as well. Travels will be disrupted and could cause significant delays and impassable roads.

"Although the most intense wind gusts will likely develop to the northwest of Iceland where the strongest pressure gradient will result, strong to locally severe wind gusts are expected in Iceland. Especially in the closed fjord valleys across the north and northwest Iceland where downslope winds will be enhanced by the complex terrain."