Tropical Storm "Bill" formed off the coast of North Carolina, U.S. at 03:00 UTC on June 15, 2021, as the 2nd named storm of the 2021 Atlantic hurricane season. Bill is moving fairly swiftly toward Newfoundland, Canada, and is expected to dissipate on June 16.

Some additional short-term strengthening is possible today, however, the system is expected to become a post-tropical low and dissipate on June 16. 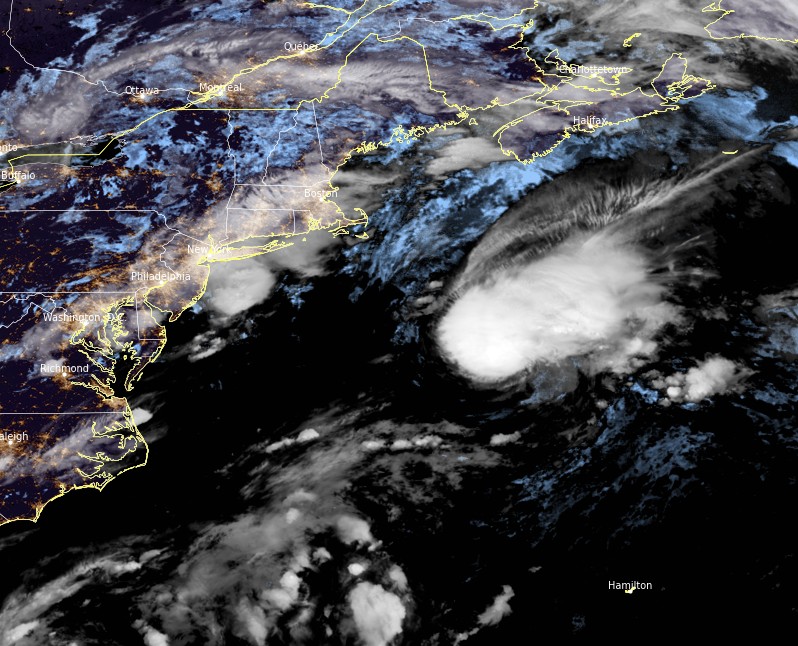 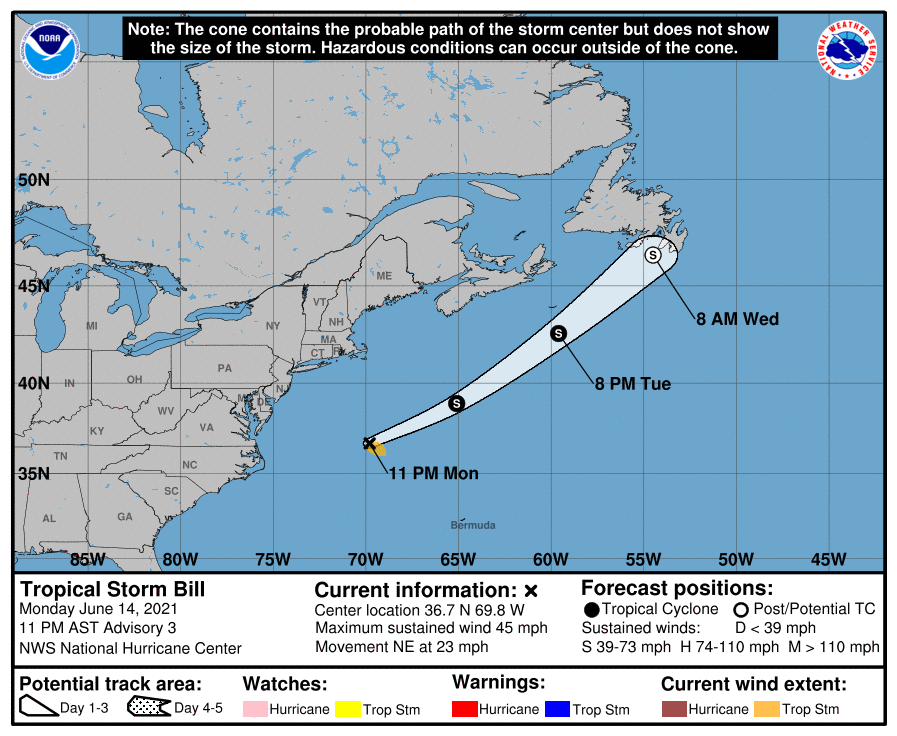