At the time Rene was officially named, its center was located about 180 km (115 miles) E of the Cabo Verde. The storm had maximum sustained winds of 65 km/h (45 mph) and was moving WNW at 19 km/h (12 mph). Tropical Storm Warning was issued for the entire state. 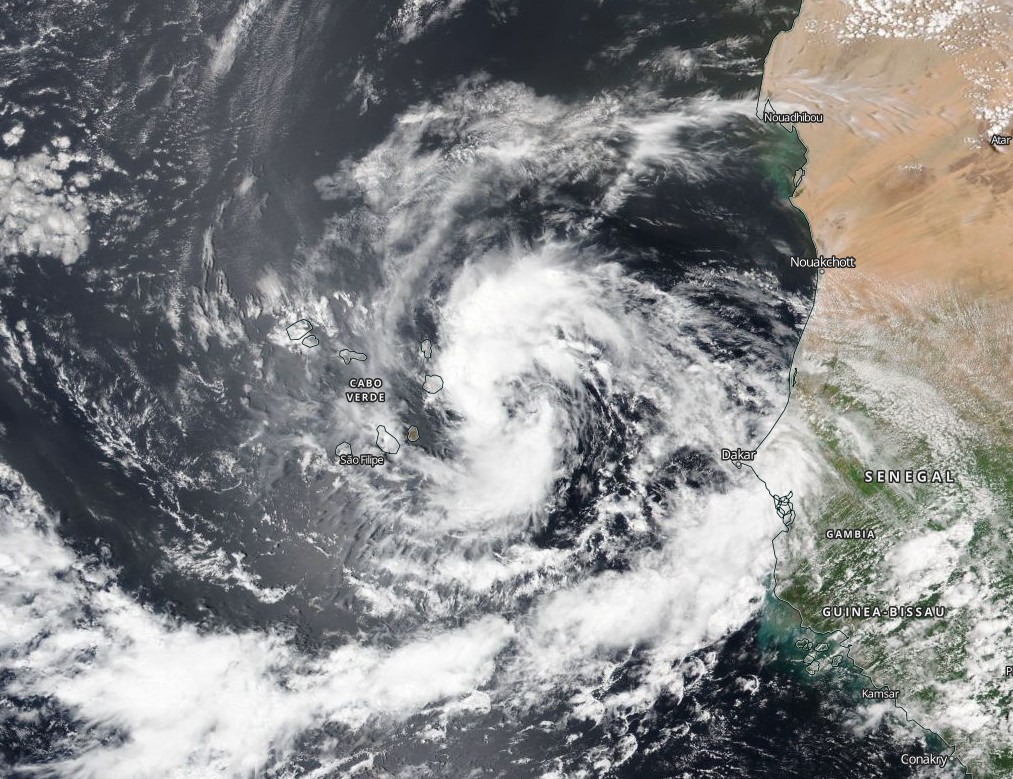 By 06:00 UTC on September 8, Rene's center was about 50 km (30 miles) SSE of Sao Nicolau and 155 km (95 miles) SE of Santo Antao, Cabo Verde. Maximum sustained winds remained the same throughout the period. 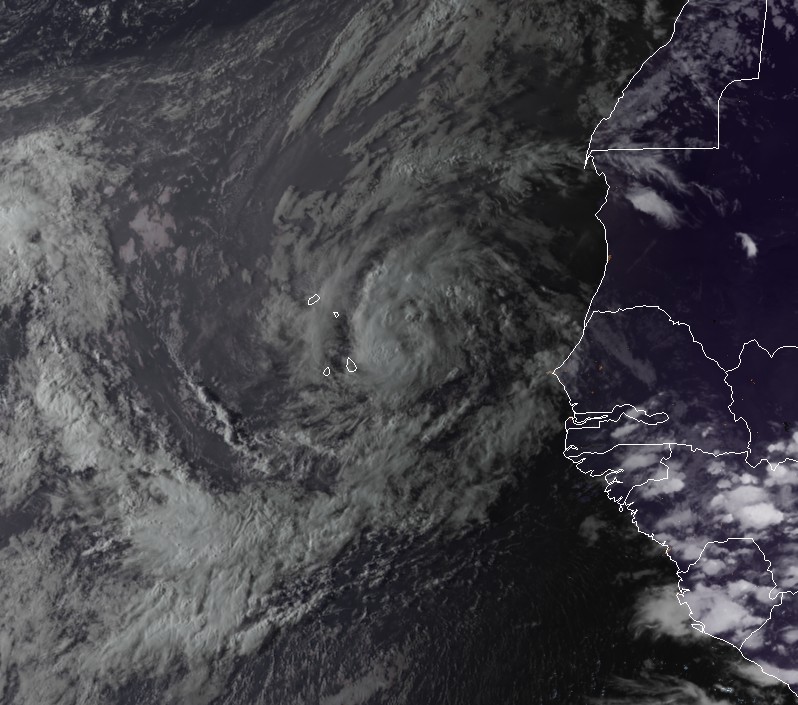 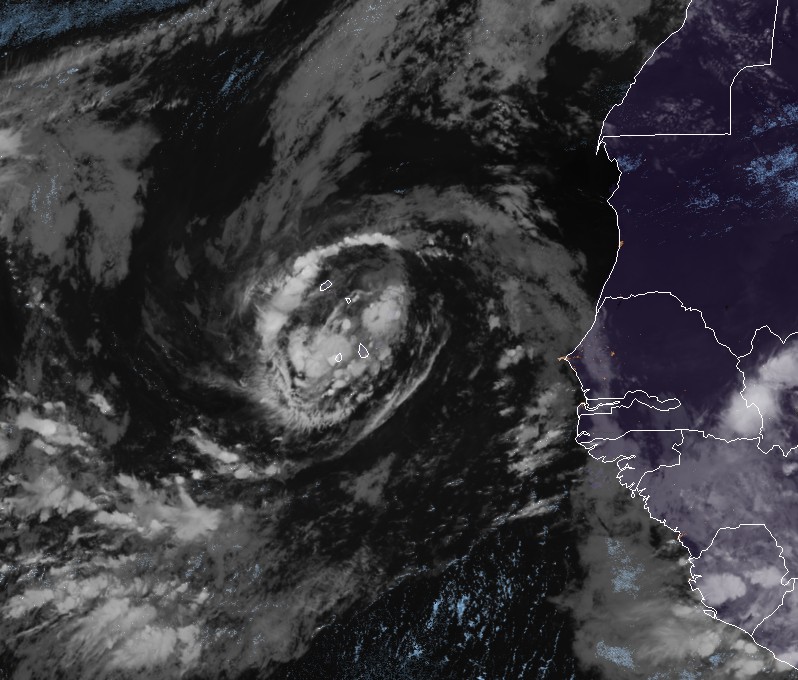 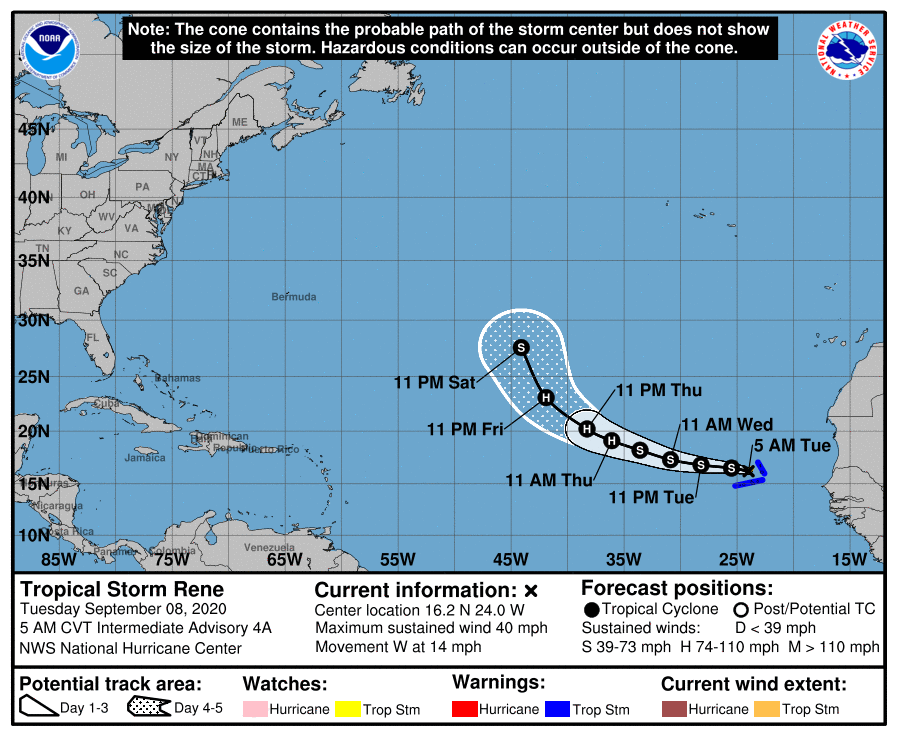 A westward motion is expected today, followed by a west-northwestward motion through Thursday, September 10 as Rene rounds the southwestern periphery of a deep-layer subtropical ridge.

It's possible that Rene could weaken by the time it passes the western Cabo Verde Islands. Thereafter, however, environmental conditions appear conducive for the cyclone to gradually strengthen, becoming a hurricane on September 10. By the weekend, an increase in southwesterly vertical wind shear is expected to induce a weakening trend.

Swells generated by the storm are expected to spread westward across the state today. These swells are likely to cause life-threatening surf and rip current conditions.