Heavy rains brought by back-to-back cold fronts over the past few days have resulted in a 9.2 percent increase of dam levels in Cape Town, South Africa, in just one week– according to the reading released by city officials for July 13, 2020.

"The dams in and around Cape Town form part of the Western Cape Water Supply System, which is an integrated and collectively managed system of dams, pump stations, pipelines, and tunnels. In addition to servicing Cape Town, the system supplies water to towns in the Overberg, Boland, West Coast, and Swartland areas, and provides irrigation water for agriculture," the City of Cape Town said.

The fullest levels were Steenbras Upper at 101.3 percent and Berg River at 93.8. According to the officials, dam levels have risen by 9.2 percent this past week. The dams have now reached 72.7 percent capacity. 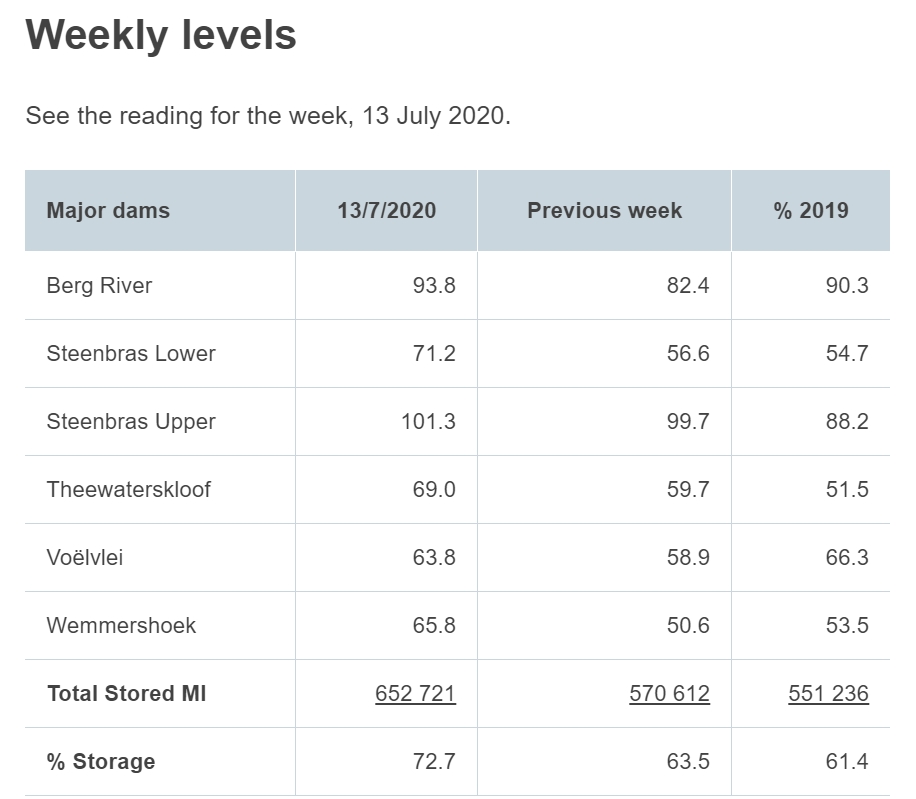 After a wet start to the week, Cape Town residents can expect mild, sunny, and clear weather from Wednesday, July 15.

Different! I thought this was a massive detergent spill but it’s sea foam being blown onshore at Sea Point in Cape Town yesterday. pic.twitter.com/Y4XYvfkNiZ