Bangladesh is once again suffering from another round of disruptive cold conditions, starting Tuesday, January 7, 2020. The event comes just several weeks after the first rounds of cold spells hit in December 2019, claiming the lives of at least 50 people. According to the meteorological department, the severe weather condition may continue for the next two or three days. Met Office forecast further cold spells, particularly a severe one by the end of January.

Residents, particularly in the northern districts, are finding it difficult to get out of home amid biting cold and thick fog. Since the cold wave in December, reports said people from low-income groups were having a hard time.

"It is not possible to work on farmland due to the cold wind. So, we cannot go to the field," said a 48-year-old resident named Sudesh Chandra from the Akcha village.

The number of patients with cold-related diseases was increasing, particularly the children and the elderly. 298 patients, including 113 children, were being treated in Thukargaon Sadar Hospital, according to HM Anwarul Islam, the district's civil surgeon. In Panchagarh, 118 patients including 33 children were receiving aid.

Divisional Director of Health Dr. Mostafa Khaled Ahmed said adequate steps have been taken in all district, upazila or sub-units, and union level health service facilities to give proper treatments to the rising number of patients.

"The physicians are conducting their duties round the clock in all hospitals and other health service facilities in Rangpur division,” he added. Senior Coordination (Agriculture and Environment) of RDRS Bangladesh Mamunur Rashid said the cold wave situation deteriorated sharply today causing immense sufferings to common people," Ahmed stated.

"We have already distributed 97 190 pieces of blankets and 3 300 packets of dry foods among cold-stricken people as purchase and distribution of warm clothes, baby clothes, and baby foods are continuing," said District Relief and Rehabilitation Officer (DRRO) for Rangpur ATM Akhteruzzaman.

Bangladesh Red Crescent Society (BDRCS) also took part in helping locals by distributing blankets "to alleviate the sufferings of the people," they said. "We plan to cover most districts of Bangladesh under the humanitarian assistance this winter." 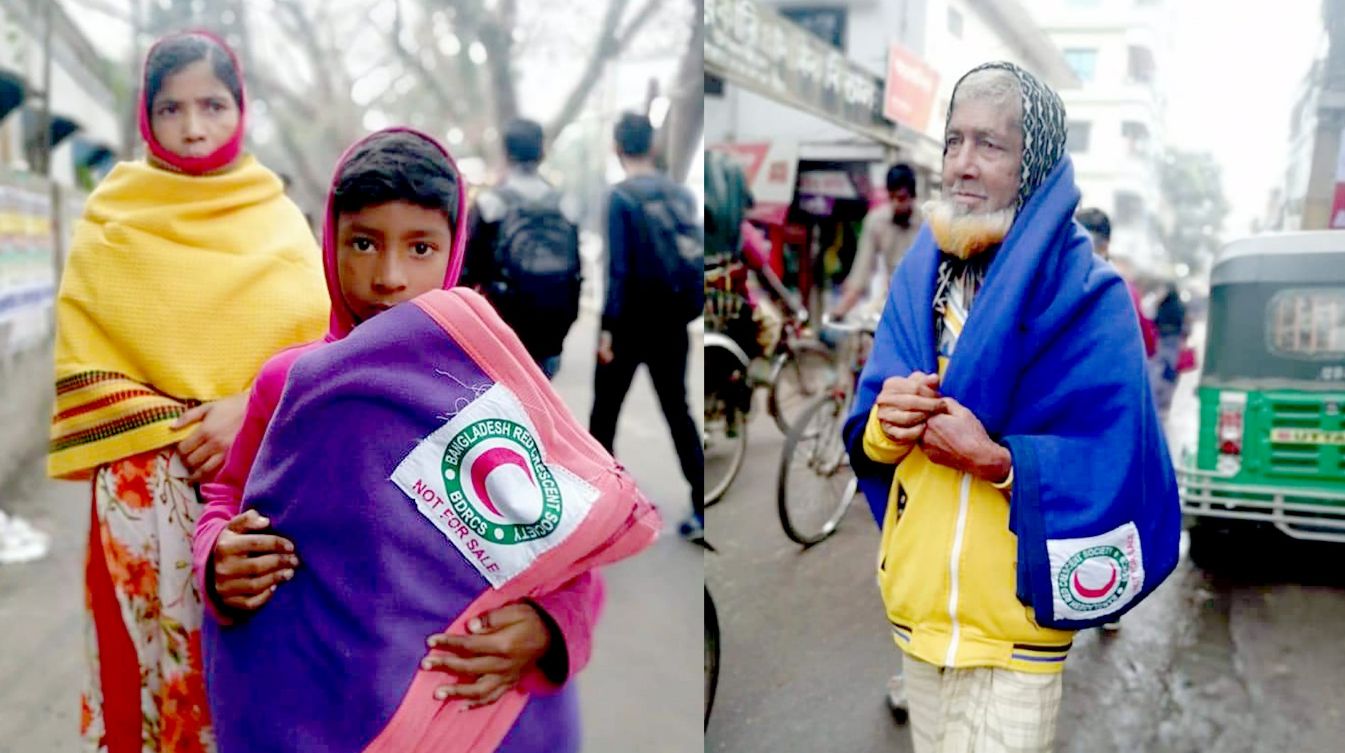 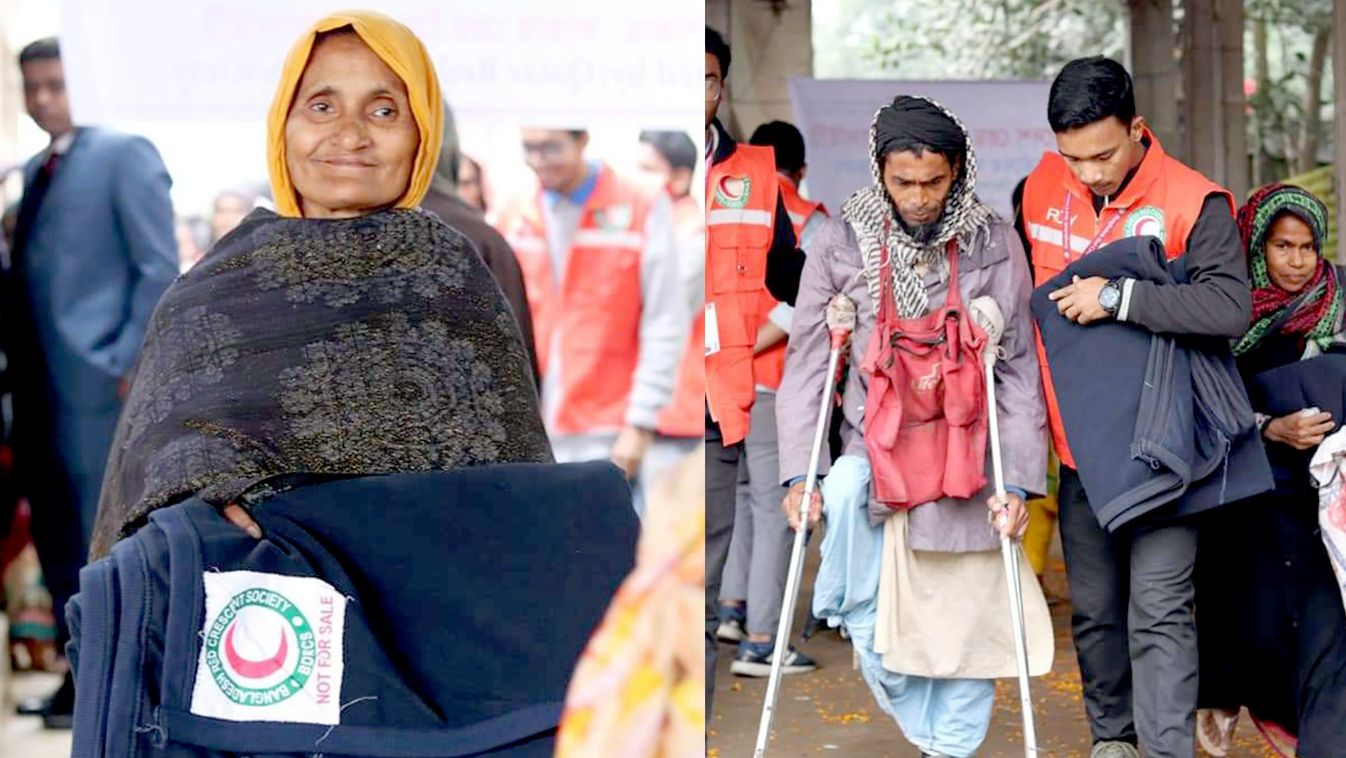 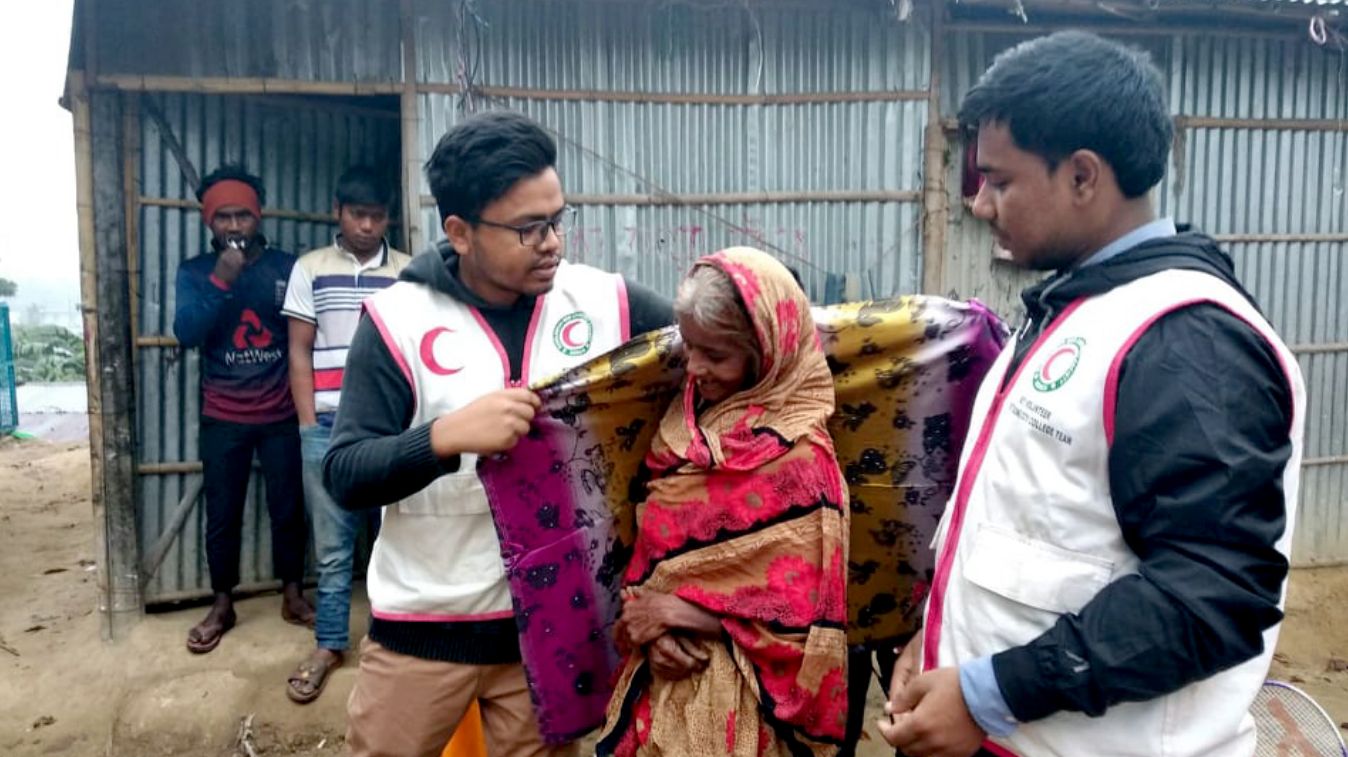 Mizanur Rahman, a senior official at the agricultural ministry, warned that a prolonged cold spell could have an impact on crops, adding that the seedbeds of rice have already dried out. Agriculturist Md Moniruzzaman said officers are helping farmers in nursing growing crop plants and Boro rice seedlings in attempts to save the crops from cold injuries.

"If the situation continues for a few more days, normal growth of crop plants can be stranded following failure in preparing their adequate foods as the photosynthesis process could be hampered due to extreme cold and lack of sunlight."

"The cold wave is set to continue. It will extend its reach over the next 24 hours," said Rasheduzzaman. Bangladesh Meteorological Department also predicted light rain in some parts of the country on Friday, January 10.

The winter season in Bangladesh is the period between December and February. The intensity of cold usually rises in mid-January.

In December, two cold waves swept across different regions of Bangladesh, with Tetulia recording the lowest temperature of this season at 4.5 °C (40.1 °F) on December 29.

According to the Met Office, there will be another spell– a moderate one– in mid-January, while a severe one will strike at the end of the month.

From November 1 to December 28, 2019, nearly 293 000 people have been affected by various cold-related diseases across Bangladesh and at least 50 people have died.