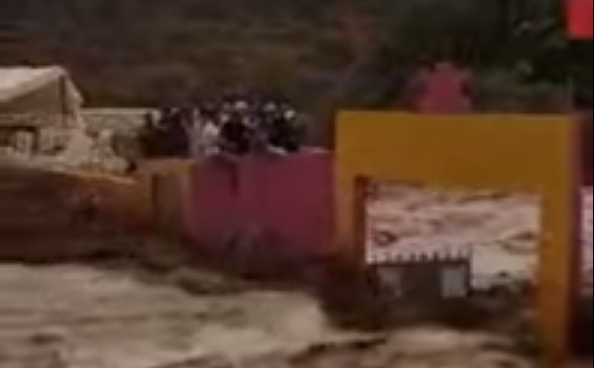 According to Moroccan News Agency (MAP), the heavy storm on August 27, 2019, caused the river to swell and sweep across the nearby field where residents were watching an amateur football match.

The victims were identified as six elderly men and one 17-year old boy, while one survivor was rushed to Ighern's Hospital due to flood-sustained injuries.

Footages of the horrific accident were shared across social media, showing people getting dragged by roaring waters.

Several provinces in Morocco were issued Orange weather alerts for stormy weather, which will continue to strike the areas from August 28 to August 29, 2019.

During the last week of July 2019, flash floods spawned a landslide killing 15 people and burying structures under 20 m (65 ft) in Marrakesh.