A fast-developing nor'easter will bring snow, rain and damaging winds as it tracks up the Northeastern seaboard Thursday and Friday, March 21 and 22, 2019. Meanwhile, historic flooding continues across parts of the central U.S. this week, despite dry weather.

Two cold fronts digging into the Eastern half of the U.S. will draw a developing coastal low and surge of Atlantic moisture into eastern North Carolina and the Mid-Atlantic for a soaking rain. This low will track up the Northeastern seaboard Thursday/Friday for locally heavy rain and mountain snow, NWS warns. 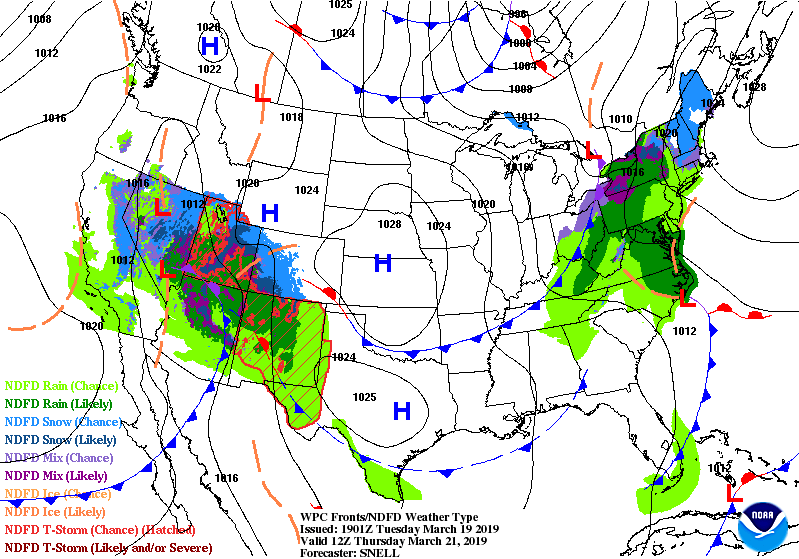 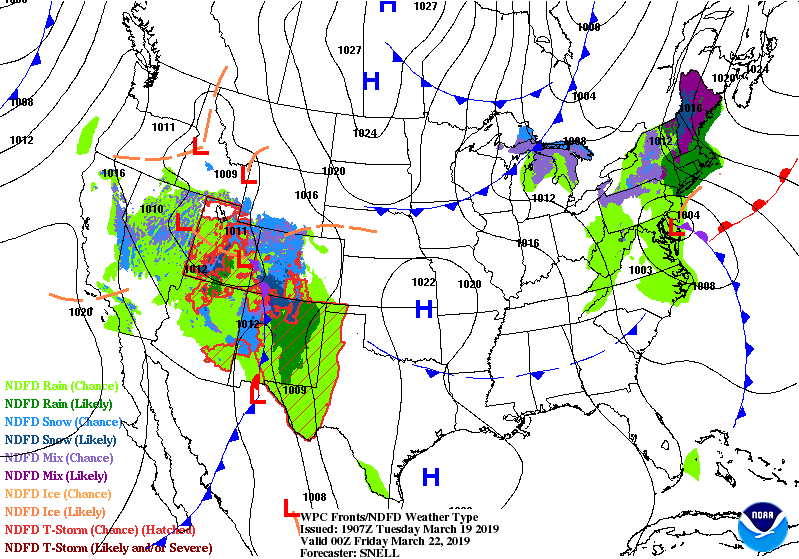 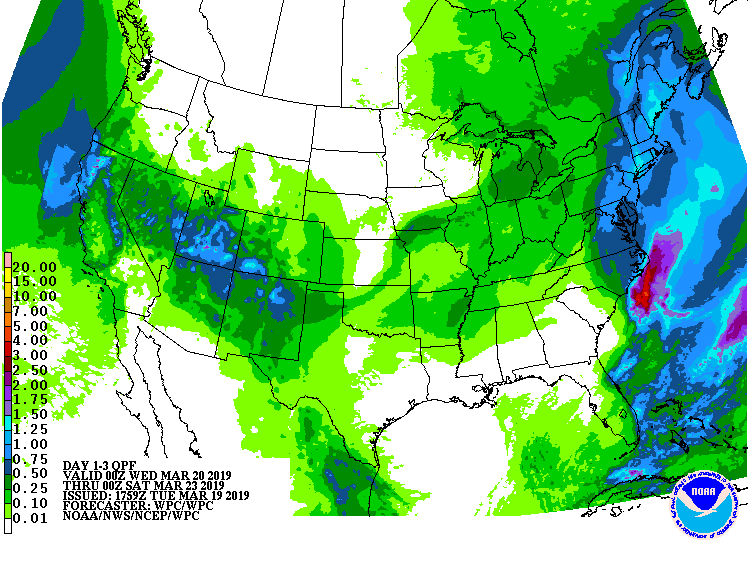 "Should the storm fail to strengthen and/or remain offshore, the weather will simply trend blustery and chilly with rain and snow showers on Friday to Saturday, March 23, AccuWeather senior meteorologist Alex Sosnowski said.

"At this time, the hug the coast scenario or even a track slightly inland seems more likely than a path out to sea. With the hug the coast idea, rain will break out over eastern North Carolina and eastern Virginia during Wednesday night and spread northward. During Thursday, that rain will reach the upper part of the mid-Atlantic and southeastern New England. At this point the rain will become heavy at times and winds will increase."

Moderate to locally heavy rainfall is likely across the Mid-Atlantic states on Thursday shifting northward into the Northwest by Friday, with the potential for accumulating snowfall across portions of the interior Northeast as well, NWS forecaster Santorelli noted.

Major to historic and catastrophic flooding will continue across parts of the Missouri and Mississippi River Basins due to rapid snowmelt as a result of heavy rainfall last week. Flood warnings and advisories remain in effect for parts of the region.

Areal flooding is also a concern across parts of the Northwest and Northern Rockies/High Plains as warm temperatures this week are leading to accelerated snowmelt and the potential for ice jams.