Between February 1 and 26, a meteorological station of the National Observatory of Athens located in Askifou, Chania recorded 1 202 mm (47.32 inches) of rain, breaking a pan-European monthly rainfall record in a residential area. The previous record was set in Grøndalen, Norway in 1989 with 1 190 mm (46.85 inches). 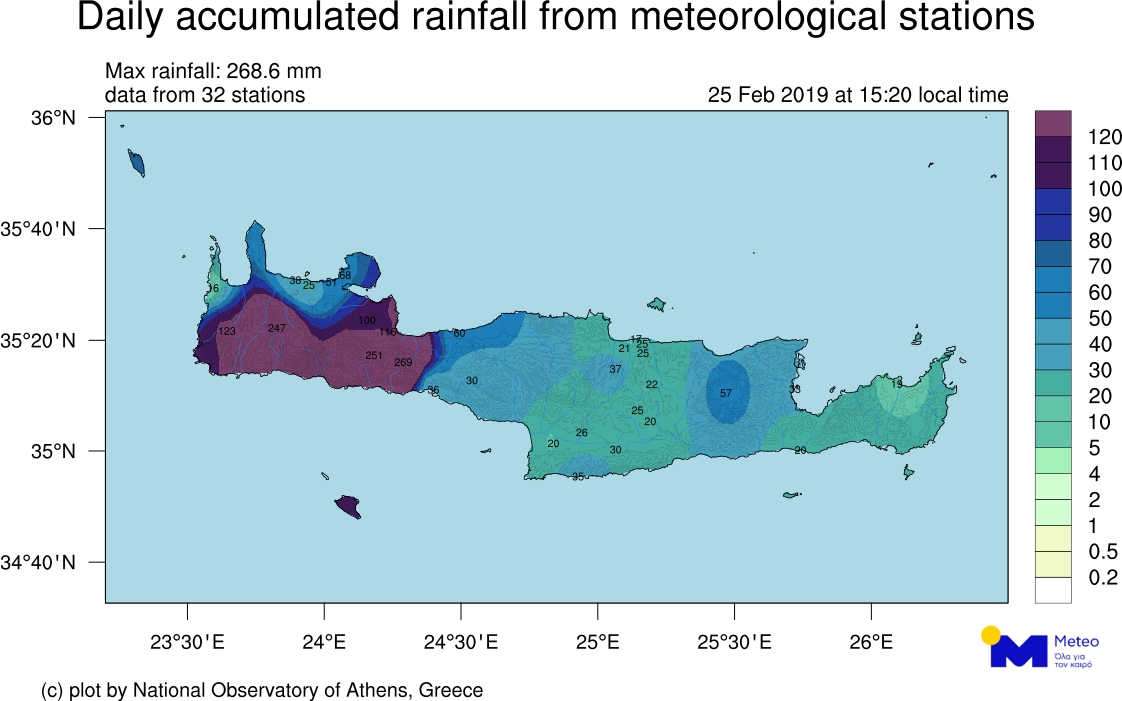 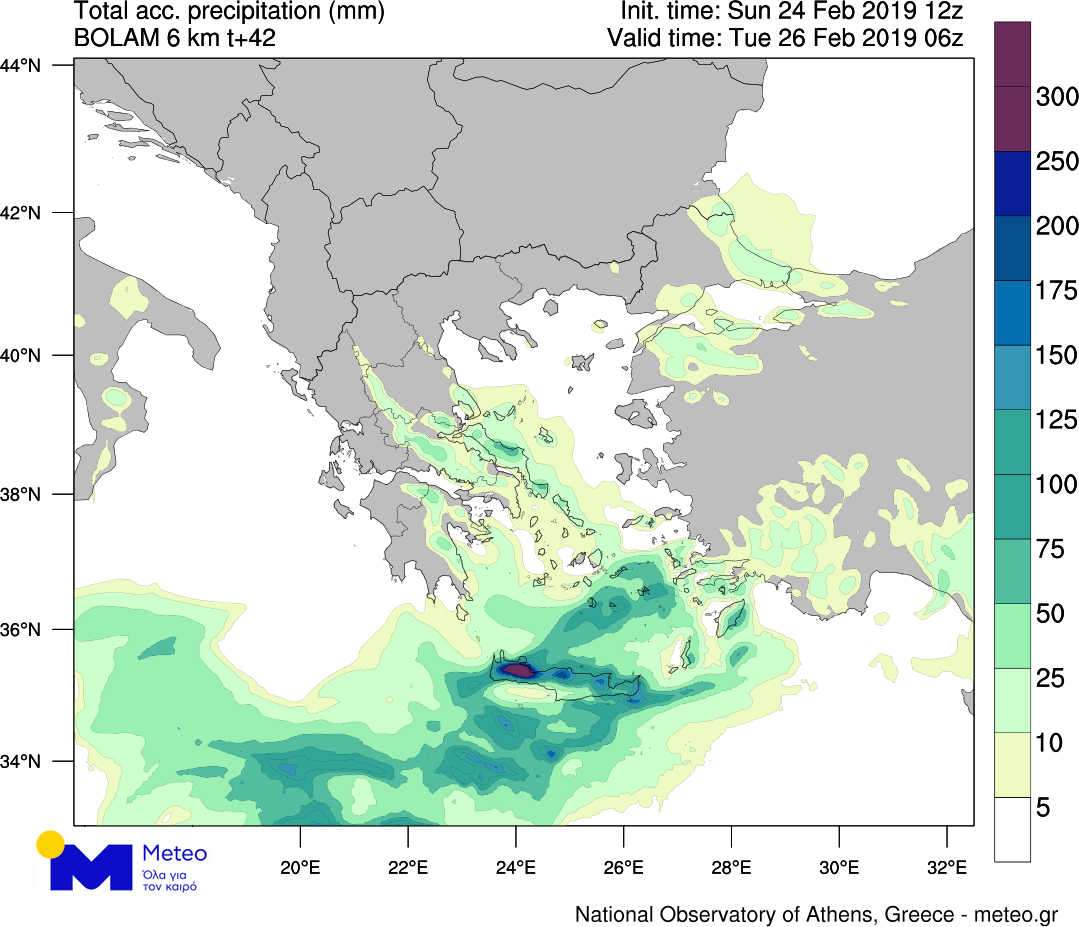 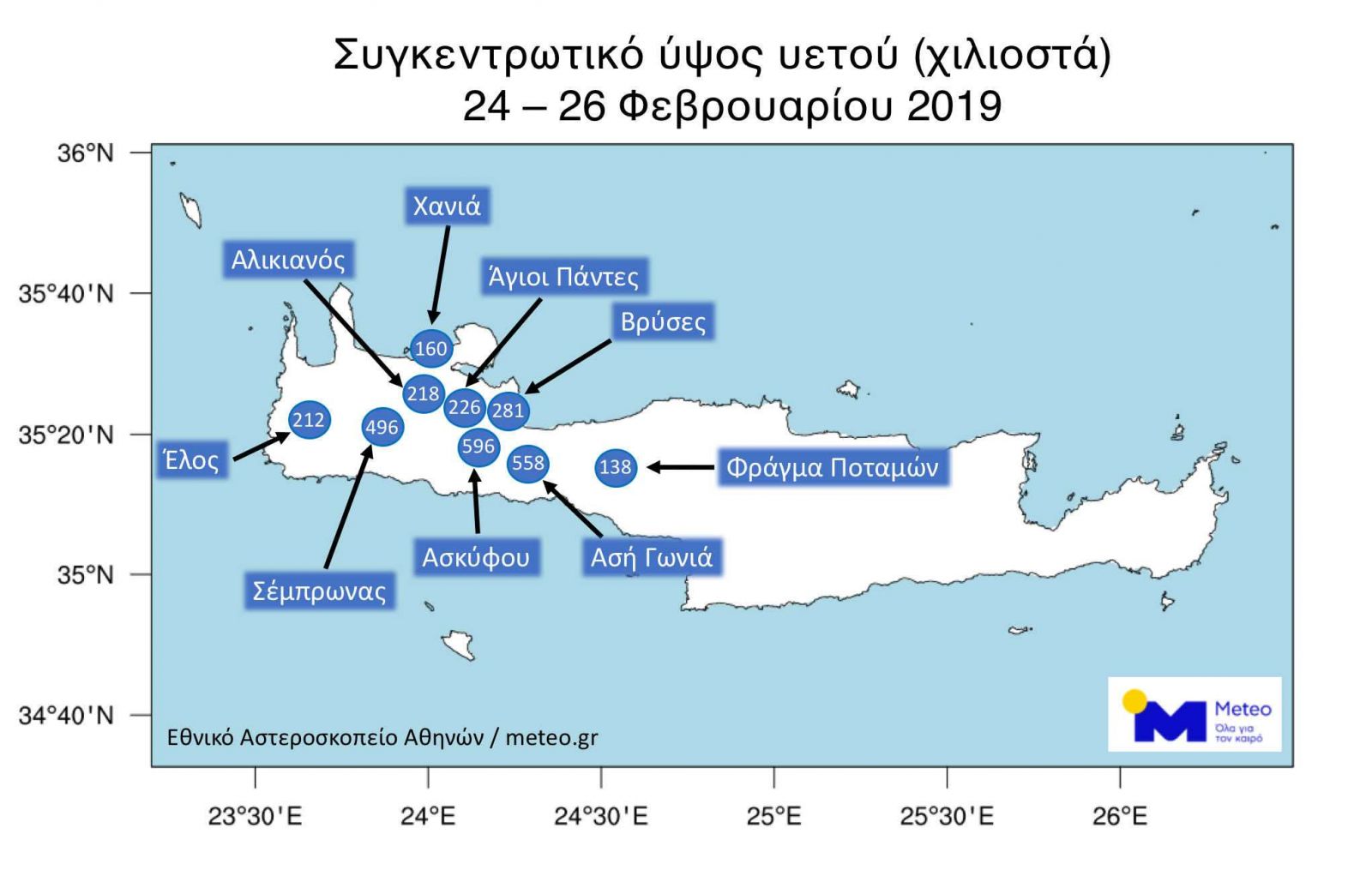 The latest storm, named Oceanis by Meteo Greece, caused floods and landslides, forcing numerous high-water rescues across the island and closure of schools and roads.

A 111-year-old historic bridge on Keritis river, Chania collapsed and the event was recorded on video:

Exceptionally thick hail accumulations were recorded on the national road from Rethymnon to Heraklion: